PALMDALE, Calif. — Palmdale Mayor Steve Hofbauer told Aerotech News that a critically needed program for linking passenger airline service from Air Force Plant 42 to one or more major national hub airports is trapped in a federal holding pattern, where the bureaucracy’s default answer is “hell no.”

In an exclusive Aug. 8 interview, Hofbauer said that in the nearly nine months since Aerotech first reported the story in November 2021, the city is still waiting to receive a crucial “go or no-go” decision from Air Force Secretary Frank Kendall.

Hofbauer said Kendall, although newly sworn at the time, was expected to sign onto negotiating a new Air Force Plant 42 Joint Use Agreement between the Air Force and the City of Palmdale. 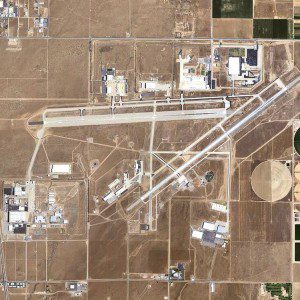 Having recently returned from Washington, D.C., where he met with the Assistant Secretary of the Air Force for Infrastructure and Facilities, Hofbauer said, “We agreed to everything they wanted in the way of design and security,” ranging from a terminal wall blocking the view of anything on Plant 42, to a curfew on night flights, to requiring passengers to close their window shades when the airliner was on the taxiway or runway.

The previous agreement, which included Air Force Materiel Command’s Plant 42, the city of Palmdale and Los Angeles World Airways department, expired in 2017. And Hofbauer said LAWA continues to be a roadblock to air service in Palmdale by “giving up the operating certificate, but never acting to transfer it to the new operators.”

A new Joint Use Agreement is needed to clear the way for development of an offsite but adjacent air terminal complex to be constructed on the 600-acre city-owned site bordering Plant 42, with passenger terminal access from East Avenue M just east of Sierra Highway.

According to Palmdale city documents and statements from officials, the planned civil airport terminal is to be built on portions of city property previously earmarked for what became a financially disastrous and ultimately abandoned natural gas-burning power plant.

As reported in the Dec. 3 edition of Aerotech, then City Manager JJ Murphy said bipartisan congressional support was expected to result in timely action to clear the way for development. Even before Christmas, Murphy said early letters of support for the next Joint Use Agreement were sent to the Air Force Secretary from Congressman Michael Garcia, and U.S. Sen. Alex Padilla.

Responding to Aerotech ‘s request for a progress report, Garcia said in a statement from the Capitol, “I have been a supporter of commercial airline services from Plant 42 since my first day in office. I’ll continue to work with Mayor Hofbauer and the Department of Defense to see that this vital program is approved. This can be done while still ensuring proper protections and security for the government programs based there.”

Hofbauer said he and others were stunned by ongoing procedural delays. “Right now, the biggest speed bump is trying to move forward with the security people. Their standard answer is to say ‘No,’ because it’s easy to say. We must find the way to ‘Yes.’”

Establishing a new negotiated agreement will allow the city to break ground and begin construction, which Hofbauer asserted could, by now, be nearing completion had official approval not been waylaid.

Odd as it might seem, the regional heart of California aerospace research and manufacturing currently has zero scheduled airline service to anywhere, and hasn’t had it for years. Hofbauer points the finger of blame at LAWA, which he characterized as never a friend to the Antelope Valley.

He cited historic examples of LAWA’s anti-Palmdale policies, which included “failed by design” regional airline promotions, which mostly failed by trying to sell tickets to places most locals had no need to visit: San Francisco, Reno and Palm Springs for example. And airlines responding to lucrative cash incentives, mostly took the money and ran when the subsidy did. LAWA blamed the Aerospace Valley market.

Hofbauer comments that occasionally LAWA offered Palmdale service incentives that misfired ahead of schedule, or were killed by bureaucratic neglect, as happened when LAWA failed to file a Palmdale Regional Airport air carrier’s GSA rates for six months into the nine-month incentive period.

The mayor said that with LAX no longer at the table, Palmdale’s new data-driven airline service strategy marks a major departure.

Hofbauer said two of three major airlines considering adding Palmdale to their routes would offer daily service to gates in hub airports with national and international connecting flights. And the outbound direction is east. “One of those airline hubs is Dallas/Fort Worth,” the mayor said.

Palmdale’s self-funded, data-driven feasibility study found significant demand for regional commercial air service to one or more major airports with scheduled flights to hub airports in major cities east of California with easy connections to destinations for both domestic and international business travel.

Palmdale continues to coordinate with the Air Force Materiel Command Headquarters at Wright Patterson AFB, Ohio, and Edwards Air Force Base, along with contractor companies on and around Air Force Plant 42. 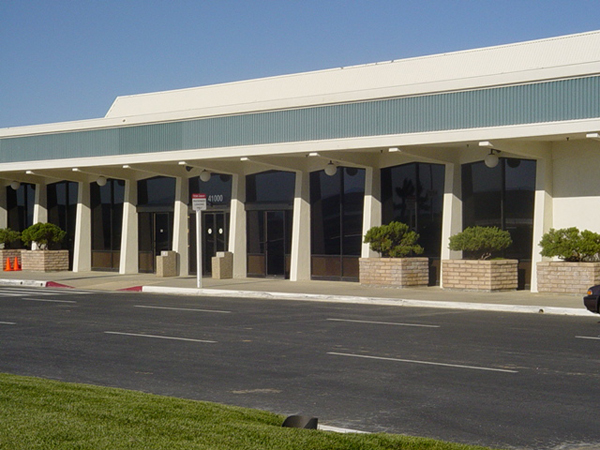 Establishing regular, reliable, affordable, and professional air carrier service at Palmdale remains a top priority for both the military and contractors. For example, avoiding 206-mile roundtrip drives from Edwards AFB to LAX would save the government $2,389,600 in driving costs alone, save time for personnel and remove the additional driving hazards facing key people with specialized expertise.

Hofbauer remarked that Plant 42 contractors and military, NASA Armstrong Research Center at Edwards, as well as civilian aerospace personnel at Mojave Air and Space Port, each lose two days of job productivity for every person having to drive to LAX for a roundtrip flight.

“We’re not giving up,” Hofbauer said, “Hopefully, we can get a more positive response from the current federal administration.”

He also mentioned additional partial solutions, including one idea generated from listening to aerospace industry professionals here on temporary duty assignments for weeks or months at a time. He said these folks feel like nomads, flying in and out almost every weekend, and disliking the disorientation of moving in and out of different motel rooms. Hofbauer says the TDY workforce might welcome the feelings of permanence in renting a small, studio-like apartment unit or the same room in a hotel with a security feature for storing personal belongings on weekends when the room would be occupied by visitors.

In the 1960s, Palmdale was proclaimed by the Los Angeles Department of Airports as the future home of what was to be Palmdale International Airport, a plan that sold real estate, but not a single airline ticket on the 17,000-acre desert airport site and pistachio farm.

Years later, Los Angeles World Airways and the City of Palmdale, in cooperation with the Air Force, opened a Palmdale Regional Airport terminal, which saw a succession of feeder airline tenants, usually with subsidies and operating with various degrees of success, depending on shifts in the economy and having enough flights to the right destinations for passengers. Commercial carriers recruited to Palmdale Regional included America West, American Eagle, Horizon, SkyWest, and United Express — the last to depart.