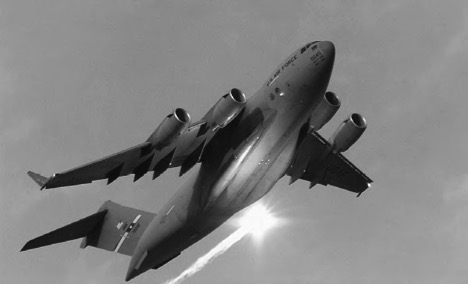 June 14, 1993: The Air Force acquired its first C-17A Globemaster III transport aircraft, which was delivered to the 437th Airlift Wing at Charleston Air Force Base, S.C. Capable of delivering outsized cargo to a tactical environment, the Globemaster III increased the Air Force’s ability to airlift to relatively small airfields, eliminating the need to shift cargo from larger to smaller transports. In their first strategic mission, two C-17 Globemaster IIIs transported military equipment and supplies from Langley Air Force Base, Va., to Saudi Arabia, on Oct. 14-16, 1994.

The following year, the C-17 participated in its first disaster-relief operation, following Hurricane Marilyn, which devastated islands in the eastern Caribbean. On May 31, 1996, the Air Force awarded the largest military contracts ever for the production of 80 additional C-17 Globemaster III transports over the course of seven years at a cost of $16.2 billion. The new aircraft would bring the C-17 fleet up to a total of 120, which would allow the retirement of most of the aging C-141 Starlifters. In April 1999, a C-17 Globemaster III airlifted relief supplies from Dover Air Force Base, Del., to Tinana, Albania, for refugees from Kosovo at the start of Operation Sustain Hope (Shining Hope), a humanitarian- airlift counterpart to the ongoing Operation Allied Force.

Dec. 17, 1993: The first B-2 Spirit bomber, The Spirit of Missouri, arived at Whiteman Air Force Base, Mo. The B-2, essentially a flying wing, was the first “stealth” heavy bomber. On April 1, 1997, B-2s became operational at Whiteman Air Force Base, where six of the aircraft were initially based to serve with the 509th Bomb Wing. Bñ2s deployed overseas the first time on Feb. 23, 1998, flying from Whiteman Missouri, to Andersen Air Force Base, Guam. Operation Allied Force (Noble Anvil), to protect ethnic Albanians living in the Serb province of Kosovo, used Bñ2 Spirit bombers for the first time in combat.

On July 15, 2000, the final B-2 arrived at Whiteman Air Force Base. The Air Force did not plan any new bombers in its inventory for 35 years.

July 1, 1994: The 184th Bombardment Group in Kansas became the first Air National Guard unit to be equipped with the B-1B Lancer.

Sept. 7, 1997: At Dobbins Air Reserve Base, Ga., test pilot Paul Metz piloted the extremely maneuverable F-22 Raptor in its first flight. A new stealth fighter with the ability to cruise supersonically, the F-22 would replace the venerable F-15 for air-superiority missions.

Feb. 28, 1998: The RQ-4 Global Hawk first flew. This new remotely piloted aircraft, designed for high-altitude, long-range, long-endurance reconnaissance missions, took off from Edwards Air Force Base, Calif., on a 56-minute flight. The aircraft, with a wingspan of 116 feet, was built to fly at an altitude of up to 65,000 feet and photograph an area the size of Kentucky in 24 hours.

Sept. 18, 2000: The first Air Force CV-22 Osprey arrived at Edwards Air Force Base, Calif. Designed originally for the Navy, the tilt-wing Osprey could take off like a helicopter and fly like an airplane.

Extensive use of satellite technology during Desert Storm persuaded some U.S. Air Force leaders subsequently to refer to the operation as the “first space war.”

Dec. 2-13, 1993: In one of the most challenging space missions ever, astronauts aboard the space shuttle Endeavour, piloted by Air Fore Col. Richard O. Covey, performed a record five spacewalks to repair the Hubble Space Telescope.

Feb. 7, 1994: The first Titan IV/Centaur rocket boosted the first Military Strategic and Tactical Relay Satellite into geostationary orbit. This system would provide the U.S. military secure, survivable communications through all levels of conflict.

Operation Desert Storm had demonstrated that dust, smoke, and cloud cover could hinder the effectiveness of precision guided munitions. Shortly after the conflict, Air Force Chief of Staff Gen. Merrill A. “Tony” McPeak sent a terse, hand-written memorandum to Maj. Gen. R. Minter Alexander, his deputy chief of staff for plans and operations. “We need to lay down a requirement for an all-weather PGM,” McPeak directed. “Work with TAC [Tactical Air Command]. Keep me up to speed.” The JDAM guidance system met that need effectively and at a relatively low cost.

The JDAM is a tail kit that fits on a normal “dumb” bomb, such as a MK-83/BLU-110, MK-84, BLU-109, or a MK-82. The tail section contains an Inertial Navigation System that utilizes GPS technology and can update its trajectory all the way to impact. It can be launched from more than 15 miles from the target. The per-unit cost of the JDAM back in the late 1990s was about $18,000. More recent costs are about $25,000 when warheads and fuzes are included, a bargain compared to the less effective laser and television guided bombs.

Operation Allied Force in 1999 saw the combat debut of the JDAM, with the Air Force dropping more than 650 of the new weapons. More than 80 percent of the JDAMs hit their aiming points. Thanks to the combination of this new munition and the combat debut of the B-2 which carried them, Operation Allied Force was a veritable revolution in warfare, featuring the combined accuracy, low cost, and all-weather capability of the JDAM. No longer could the enemy use bad weather as an ally. 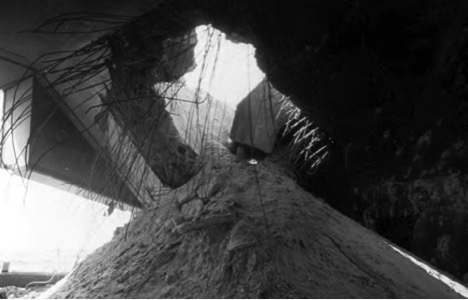 Click on the link below for your free, digital copy of this special issue, viewable on your desktop or mobile device.