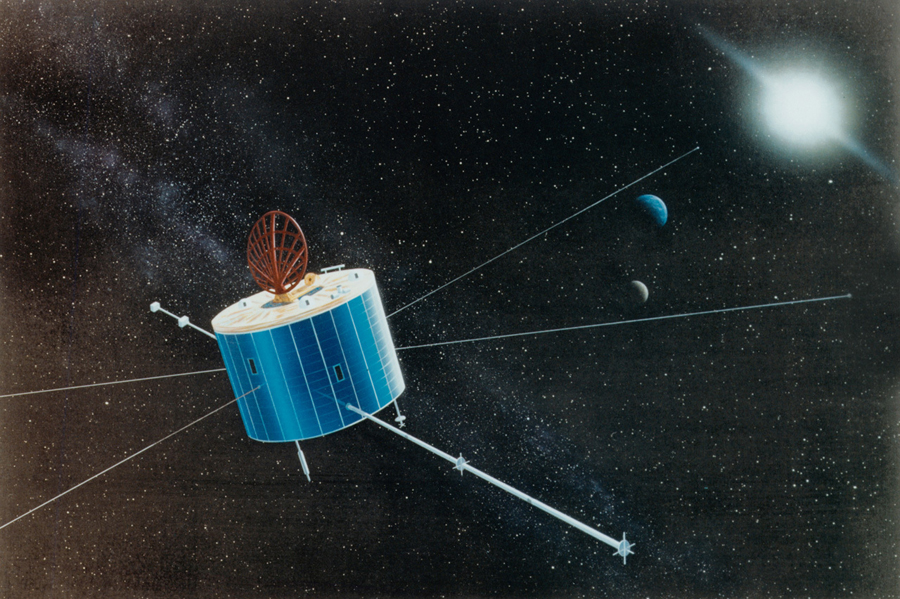 After 30 years in orbit, mission operations for the joint NASA-JAXA Geotail spacecraft have ended, after the failure of the spacecraft’s remaining data recorder.

Since its launch on July 24, 1992, Geotail orbited Earth, gathering an immense dataset on the structure and dynamics of the magnetosphere, Earth’s protective magnetic bubble. Geotail was originally slated for a four-year run, but the mission was extended several times due to its high-quality data return, which contributed to over a thousand scientific publications.

While one of Geotail’s two data recorders failed in 2012, the second continued to work until experiencing an anomaly on June 28, 2022. After attempts to remotely repair the recorder failed, the mission operations were ended on Nov. 28, 2022.

“Geotail has been a very productive satellite, and it was the first joint NASA-JAXA mission,” said Don Fairfield, emeritus space scientist at NASA’s Goddard Space Flight Center in Greenbelt, Md., and NASA’s first project scientist for Geotail until his retirement in 2008. “The mission made important contributions to our understanding of how the solar wind interacts with Earth’s magnetic field to produce magnetic storms and auroras.”

With an elongated orbit, Geotail sailed through the invisible boundaries of the magnetosphere, gathering data on the physical process at play there to help understand how the flow of energy and particles from the Sun reach Earth. Geotail made many scientific breakthroughs, including helping scientists understand how quickly material from the Sun passes into the magnetosphere, the physical processes at play at the magnetosphere’s boundary, and identifying oxygen, silicon, sodium, and aluminum in the lunar atmosphere.

The mission also helped identify the location of a process called magnetic reconnection, which is a major conveyor of material and energy from the Sun into the magnetosphere and one of the instigators of the aurora. This discovery laid the way for the Magnetospheric Multiscale mission, or MMS, which launched in 2015.

Over the years, Geotail collaborated with many of NASA’s other space missions including MMS, Van Allen Probes, Time History of Events and Macroscale Interactions during Substorms mission, Cluster, and Wind. With an orbit that took it as far as 120,000 miles from Earth at times, Geotail helped provide complementary data from remote parts of the magnetosphere to give scientists a complete picture of how events seen in one area affect other regions. Geotail also paired with observations on the ground to confirm the location and mechanisms of how aurora form.

Although Geotail is done gathering new data, the scientific discoveries aren’t over. Scientists will continue to study Geotail’s data in the coming years.