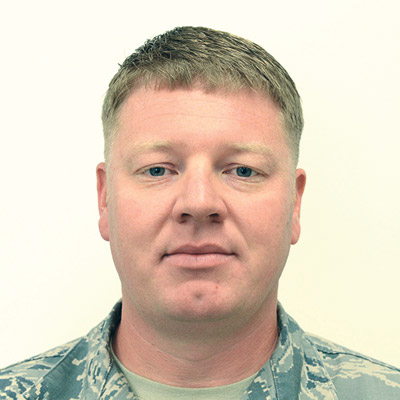 I failed a physical training test in February, and then ran every day for 21 days straight to pass another in March. I did it just in time to go to the NCO Academy in April.

At the NCOA I made some great friends with classmates. We shared many commonalities such as knowing the Air Force, rank, facing many of the same struggles in our professional and personal lives, age, interests, and goals to be productive. Several of us would hike nearly every day in the local Colorado Springs area. The majority of our class even volunteered and participated as a group for the Fort Carson Reebok Spartan event.

NCOA was a catalyst for my own change. I realized I could get into shape, far better than I had imagined, learn new things, be worth something to others and myself, and ultimately overcome fear of failure. I learned to take apart barriers and work on them in manageable pieces. I also realized who I was, and I had not been the right person for many years. People around me deserved better. I woke up and realized I couldn’t continue on the path I was on.

My body had begun to acclimate to the higher elevation of Colorado Springs, a 5000-foot difference. I found when I returned to Phoenix I could breathe more easily when running. A friend challenged me to run a marathon. I accepted, wanting a long-term goal to maintain what I had gained. I found online and used Hal Higdon’s beginners’ marathon guide.

I started about 20 weeks out, knowing I would be ready if I committed to the plan every day. Sometimes, I didn’t want to get out of bed early but luckily my desire to be better outweighed this. At times life would plot against my workouts, but I would just take my stuff with me and find another time during the day. I found that keeping a workout bag packed at all times served me well.

It comes down to choices you make every moment. If a person really pays attention, they can pinpoint when they make the excuse or give up. Even if I missed a day, I used it as motivation to put in the extra effort on my next workout. Most of this was a mental game. You just don’t give in to negative feelings or think you can’t do it. It’s also OK to listen to your body and occasionally take a rest day.

When I started getting into double-digit-mile runs, odd things started happening, some pains here and there. I encountered sore knees, feet and back. I didn’t ignore it, instead I did research and realized they were common running related injuries, easily preventable and repairable. I found stretches, certain workouts, supplements, foam rollers and the application of heat and cold could help. I learned about running postures, breathing and even choosing the right music.

Training in a Phoenix summer is definitely a challenge. Initially I was waking up around six in the morning to avoid the heat and sun. As the weeks went by, the weekend long runs required me to get up earlier. Eventually I was starting at two in the morning and running for hours until the sun came up. Once in a while I would sleep in, and be forced to run later in the day. I had a pretty rough July afternoon with a 14-mile run; I wore a hat, sunblock, and drank lots of water. One hundred thirteen degrees will motivate you to get up early even if you’re the stubborn type.

The day of my first Air Force marathon in Dayton, Ohio, was exceptional. It was overcast and cool, I couldn’t have been luckier for weather. For about the first 10 miles, everything felt great, frequent water stations with local base and community supporters were making everything perfect. About mile 12, it struck me that I was nearly half way done with a full marathon! Mile 15 brought some pains and a little fatigue. The people I was running with were maintaining about a 10:45 pace. Around mile 15 I started having to take an occasional walk. By mile 17 the gradual inclines and hills were causing extra effort, and my calves were sore and legs growing heavier with every step. “I will definitely do more hill training next time,” I thought.

At mile 19 my back was in excruciating pain. I stopped and applied pain relief gel in a large handful over my lower back and calves. The change in sensation was just enough to allow my mind to tolerate the push for miles 20 through 24. At this point, I was alternating walking with jogging on a pretty frequent basis. I took note of several people sidelined with locals helping them. I noticed they appeared in much better physical shape than me. Runners of all shapes and sizes crossed that finish line; it was truly awesome.

This was a surreal moment, the realization that commitment, preparation and mental resilience were far more important than ideal weight or my image in a mirror. Initially those things were a driving factor in my motivation and had greatly improved. Eventually in all this, life stripped away the superficial desires. I was left with wanting to feel good and live more meaningfully. It’s also proof that everyone has the ability do something extraordinary.

Calling all millennials: Fight for your reputation

Every scarf tells a story