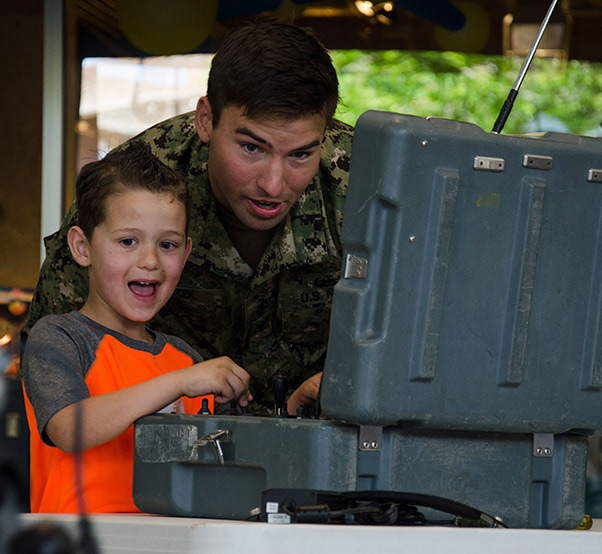 Explosive Ordnance Disposal 3rd Class Austin Cox shows a boy visiting the Arizona Science Center how to operate a remote control vehicle used to find and disarm explosive ordnance during the opening event of Phoenix Navy Week. Phoenix Navy Week is one of 15 Navy weeks planned across America for 2016. Navy weeks are designed to show the investment Americans have made in their Navy and increase awareness in cities that do not have a significant Navy presence.

Phoenix Navy Week began March 21 with an opening ceremony and remarks at the Arizona Science Center.

“We’ve been looking forward to this week so we can show you what we do in the Navy,” Rear Adm. Yancy B. Lindsey, commandant, Naval District Washington, D.C., and a native of Phoenix, said in his opening remarks.

According to Linsey, Navy Weeks are great opportunities for the Navy to give back to communities and educate the public about the Navy’s mission. He also noted that it’s a great way for communities to get involved and show support for America’s armed forces.

The Navy Band Southwest “Destroyers” and the Navy Ceremonial Guard Drill Team preformed for the public. 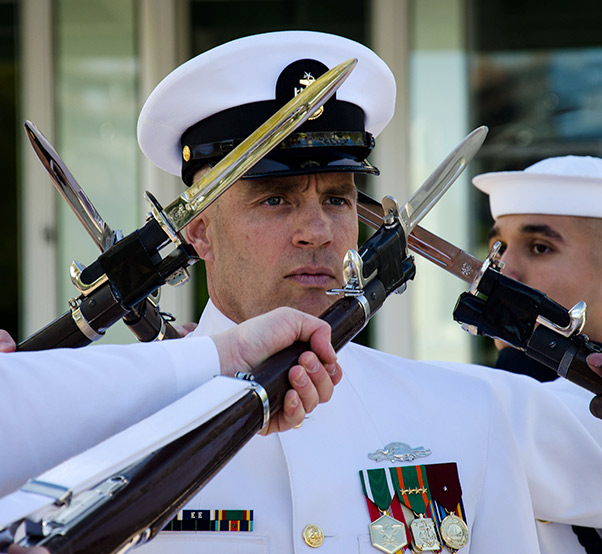 The event served as an opportunity for the public to experience interactive digital displays of the Navy’s Science Technology Engineering Mathematics (STEM), engage with explosive ordnance disposal equipment, and mingle with Sailors present at the event.

“It’s only fitting that we do this kick-off here at the Arizona Science Center with the Science Technology Engineering Mathematics truck because STEM is so important to our Navy and to our national defense,” Lindsey added.

Phoenix Navy Week will coincide with the on-going season of Major League Baseball’s spring training, The Cactus League and will focus a variety of events, equipment and personnel for a weeklong series of engagements with the public, key influencers and organizations representing all sectors of the community. 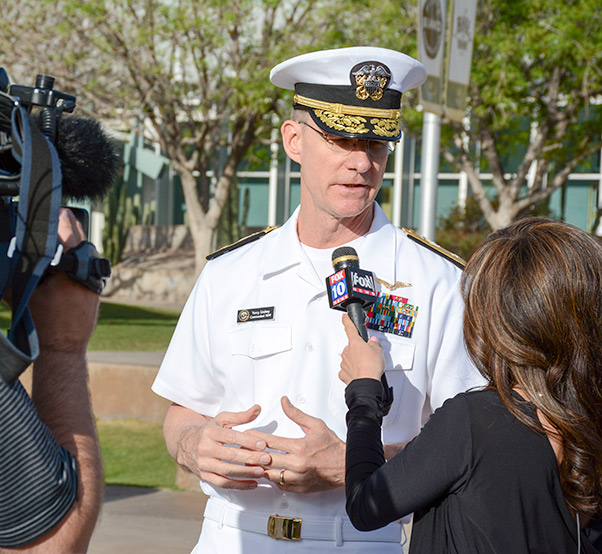 Since 2005, the Navy Week program has served as the Navy’s principal outreach effort into areas of the country without a significant Navy presence, with 181 Navy Weeks held in 68 different U.S. cities. The program is designed to help Americans understand that their Navy is deployed around the world, around the clock, ready to defend America at all times.

Navy Weeks focus a variety of outreach assets, equipment and personnel on a single city for a weeklong series of engagements with key influencers and organizations representing all sectors of the market. During a Navy Week, 75-100 outreach events are coordinated with corporate, civic, government, education, media, veterans, community service and diversity organizations in the city.

Phoenix Navy Week is one of 15 Navy Weeks being held across America in 2016. 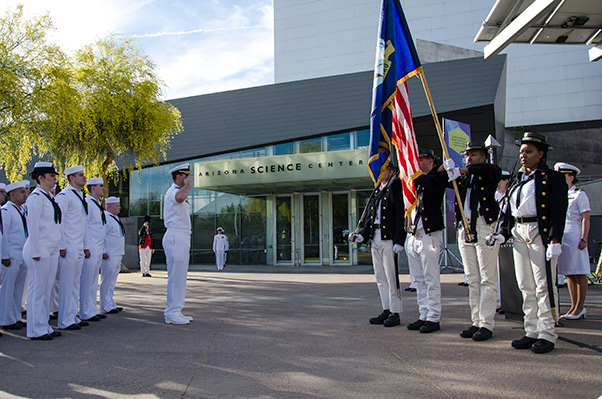 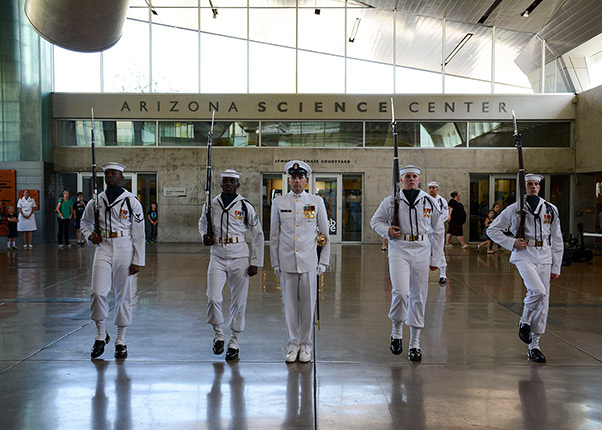