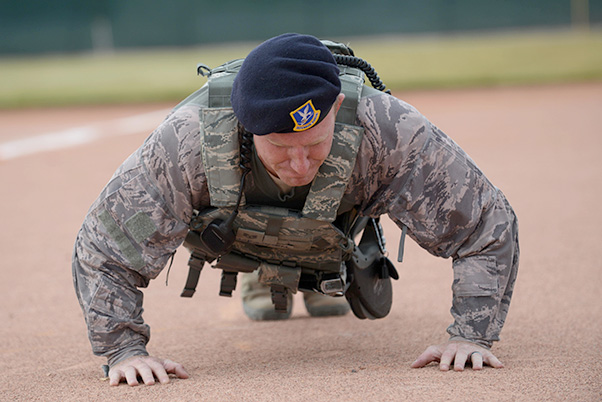 The 56th Fighter Wing [Luke Air Force Base, Ariz.] 2016 Winter Games kicked off Dec. 5th through Dec. 8th offering a variety of fun games for Airmen from different squadrons to compete for the championship.

Monday kicked off the tire flip where two Airmen from each squadron were challenged to see how many times they could flip a large tractor tire in two minutes.

Tuesday’s event kicked off the timed, relay style obstacle course which consisted of several different obstacles. Starting the course with the dizzy bat race, participants spun out of control as they stumbled to the next challenge. Next participants tackled the tire flip, agility course, low crawl and sack race.

Wednesday featured the home-run races. Starting at home plate, Airmen began by placing their foreheads on the bat and spinning to complete 10 full rotations before sprinting to first base to tag their teammates. From first, teammates began a 3-legged-race to third base before tagging the final team member who raced back to the home plate.

Thursday’s main event was the spike ball games consisting of two teams of two Airmen each, as they competed for the win. 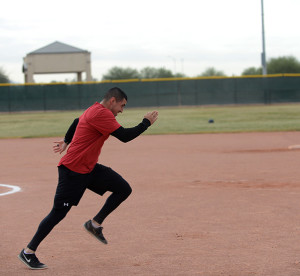 The 56th FW Winter Games will be concluded as Airmen participate in the Jingle Bell 1.5 mile fun-run 7 a.m. Dec. 16 at the Combat PT Center on base. Trophies will be awarded during the commander’s call following the run.

Through friendly competition and teamwork, the 56th FW Winter Games bolstered morale and comradery between squadrons.

“Everyone that participated really enjoyed themselves,” said Brian Tucker, 56th Force Support Squadron supervisory sports specialist. “You can tell they want to win, and I like to see their competitive attitude. The Winter Games are a great opportunity to get everyone out of their comfort zones and do something different other than your typical sports.”

“In the future we would definitely like to see more participation,” Tucker said.