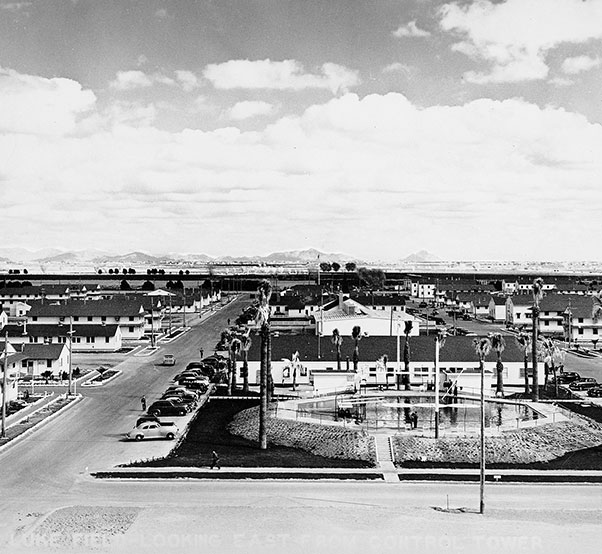 A view to the east from the control tower of Luke Field on Feb. 9, 1943, revealed completed construction of the base.

The Air Education and Training Command is vital in its mission to recruit, educate, and train today’s Airmen to keep our Air Force mission ready.

Luke Air Force Base in Arizona has been a part of the Air Training Command and AETC for approximately half of its lifetime and has been the largest fighter wing in the United States Air Force since 1989. While typical wings have three squadrons, Luke has always had four or more.

“Even during World War II, Luke was the largest training base,” said Richard Griset, 56th Fighter Wing historian. “The training mission is a great mission and we’ve done it for a long time. Since the very beginning we have taken our pilots and trained them to fly our fighter aircraft.”

During World War II, Luke Field produced 17,321 graduates from fighter training programs for the U.S. and its allies.

The base was initially equipped with F-51 Mustang and F-84 Thunderjet aircraft. In 1957, Luke joined the supersonic age when the North American F-100 Super Sabre was assigned to the base. That was followed in 1964 by foreign military sales programs, Luke’s first international training partnerships, in the F-104 Starfighter and the F-5A Freedom Fighter. 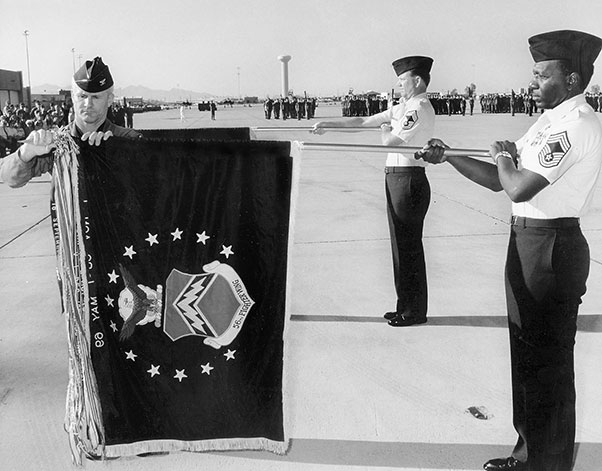 The 56th Fighter Wing flag with its many campaign and awards streamers was unfurled for the first time April 1, 1994, when the wing took over host unit duties.

The A-7D Corsair arrived in 1969, but was reassigned when the U.S. Air Force decided to make Luke the Air Force’s primary F-4 Phantom II training base. The F-4 was used extensively throughout the Vietnam War due to its ground-attack and aerial roles. The first F-4 was assigned in 1971. 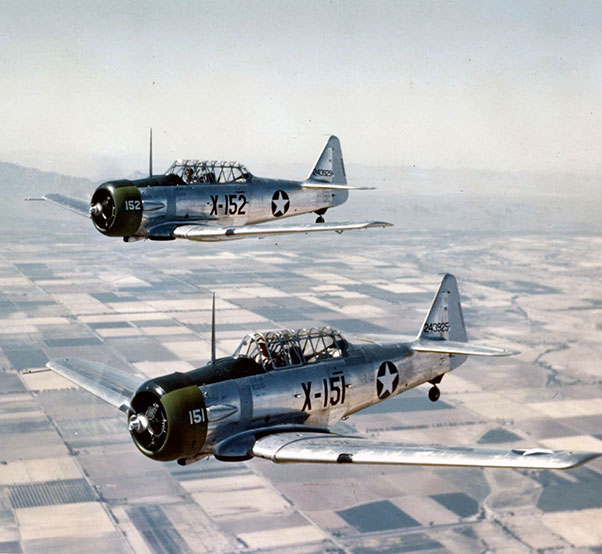 From the AT-6 Texan in 1941, to the F-35 Lightning II aircraft that is flown today, Luke has been home to a number of fighter aircraft. Since then, Luke has produced over 58,800 graduates from fighter training programs for the U.S. and its allies and is truly the fighter country.

Today, the 56th Fighter Wing, a unit which historically had some of the world’s greatest fighter pilots, continues the mission that has been identified with Luke since 1941: training warrior Airmen while building the future of air power.

“With the community support we have received over the years, it looks like we’ll be here a long while,” Griset said. “The F-35 program sets the future up for Luke Air Force Base to remain very significant as part of AETC.” 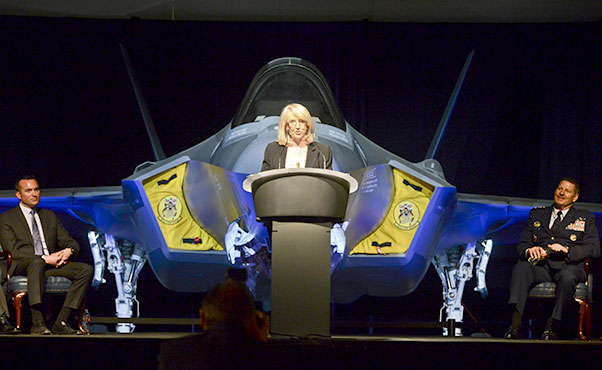