More than 100 Airmen, family members and community partners came out to mark the opening of the new deck hockey rink at Luke Air Force Base, Ariz., April 13, 2017.

“We are excited about introducing deck hockey to the Airmen and families of Luke Air Force Base,” said Chief Master Sgt. Randall Kwiatkowski, 56th Fighter Wing command chief. “We are grateful to the Coyotes and to Fighter Country Partnership for their thoughtful generosity and support to make this gift a reality.”

Airmen and families now have another place to relieve stress or build comradery with the opening of the new rink. 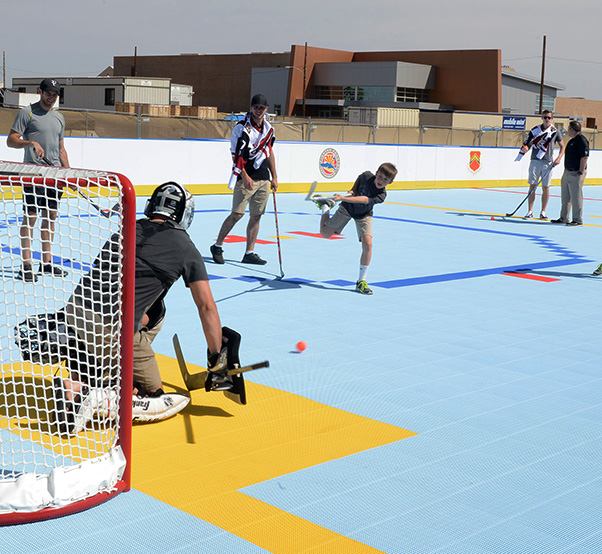 “This is a gift from Fighter Country Partnership to enhance the recreation and quality of life for families of Luke,” said Valerie Berube, 56th Mission Support Group partnership program manager. “This hockey rink gives Airmen choices when it comes to recreation or physical fitness. Now those Airmen who come from the colder areas in the north who are used to hockey and not so used to baseball, basketball or football can have a place to play their favorite sport. The great thing about this hockey rink is all you have to do is put on some sneakers, have a stick and a ball to play.”

In support of the ribbon cutting ceremony, the Arizona Coyotes, who are also a partner and sponsor for the rink, came to Luke and held a hockey clinic for Airmen to learn a little bit of skills from the pros. 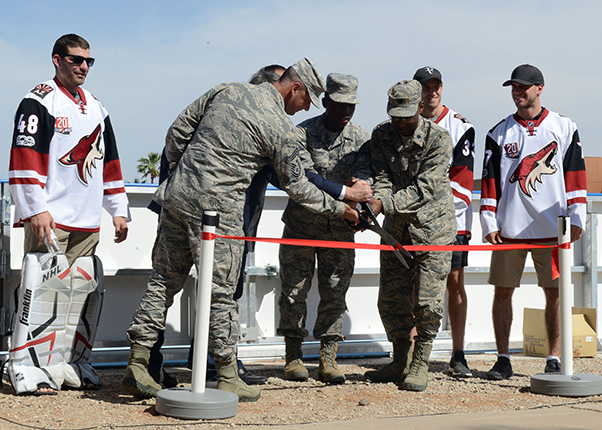 “People who are new or have been introduced to hockey, to have something available to be able to put together a game or just mess around in their leisure time is great,” said Connor Murphy, Arizona Coyotes player. “Being such a cool team sport, it brings people together and the physicality, the passion, and the ups and downs really relates directly to life. If you’re dealing with issues at work or outside everyday things, it keeps you aware and helps you deal with it.” 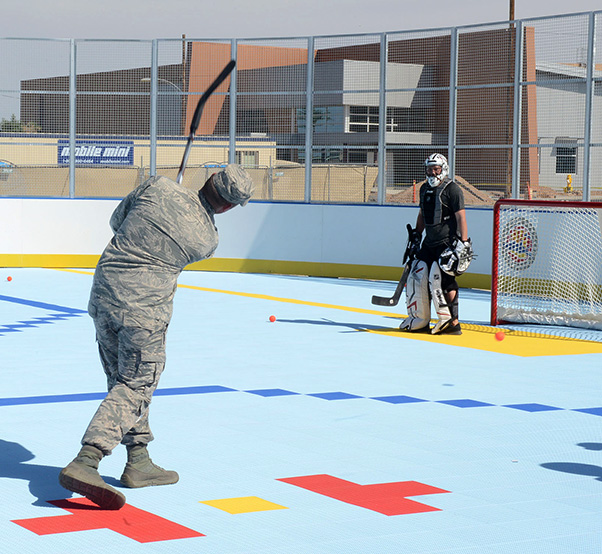 A Thunderbolt takes a shot against an Arizona Coyotes player after the ribbon cutting ceremony for the new hockey rink April 13, 2017, at Luke Air Force Base, Ariz. The rink is located adjacent to the base pool and Community Commons.

Running with faith: an Airman’s journey to redemption