Luke Air Force Base, Ariz., hosted U.S. Paralympic Military Program track and field training camp at the Bryant Fitness Center May 9 to May 11 in preparation for the Desert Challenge Games at Arizona State University.

“This is a great opportunity for these Paralympic athletes, because they are all veterans of one service branch or another,” said Kyle McKinnis, U.S. Paralympics Sports Development manager. “Thanks to the Department of Defense and Joint Chiefs of Staff, they are able to come out to Luke Air Force Base to train for their competition at ASU.”

The paralympic athletes utilized a softball field for training as well as the Bryant Fitness Center for conditioning work outs.

“It’s really nice to be out here with these athletes I’ve known for some time and help them achieve their goals,” McKinnis said. “I feel like what we do is fantastic not only for their ability to compete at a high level but showing people all over with impairments or disabilities that they can still participate in sports, and they still have value in society.”

There are certain stigmas which come with physically disabled or impaired people, but this event is about putting those stigmas to rest. 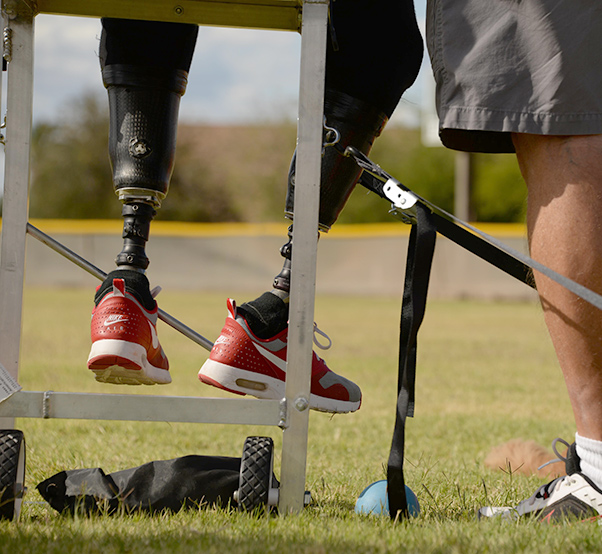 Christy Gardner, 2017 Paralympics competitor, receives coaching May 10, 2017, at Luke Air Force Base, Ariz. Over 60 volunteers from Luke AFB came together to support the track and field camp held on base as well as the 2017 Desert Challenge Games at Arizona State University on May 12 and 13.

“As an able-bodied person you feel really lucky, but these guys don’t need any help, they are incredibly independent and inspiring,” McKinnis said. “Though the word disability is used, once you meet athletes like this, that word becomes eliminated from your vocabulary, because there’s really nothing that gets in their way or stops them. They all have incredible stories. Many of them were injured while in the service, but that has never stopped them from training for the Paralympics.”

Some of the competitors have trained here over the past years.

“I started doing this in 2014, had never picked up a discus in my life and two years later, I was heading to Rio, Brazil for the Paralympics,” said Retired U.S. Marine Corps Sgt. Michael Wishnia. “This is my third year coming to do this training camp at Luke. The facilities are great, and all the people that come to help and support us are amazing. Luke gave us an entire softball field to train on and a lot of places wouldn’t have done that. I’m going to keep coming back as long as it keeps happening.”

Wishnia came back from a deployment in 2012 with an injured leg which severely impacted his career. 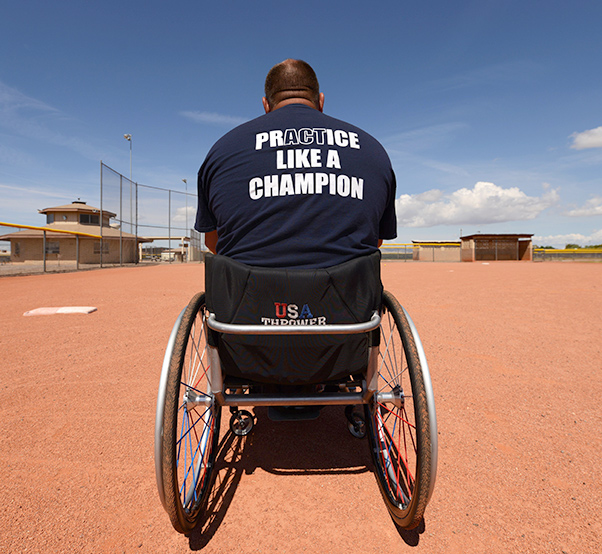 “I wanted to go into a special operations field, but I was basically told I would never be able to run again,” Wishnia said. “I started down the wrong path doing a lot of drinking and ended up attempting suicide. I had a gun and put it to my head, but my dog Sammie ran and jumped into my lap, and knocked the gun out of my hand.”

After Wishnia’s dog saved him, he got her trained to be his service dog as well.

“After Sammie saved me, I started talking to some people which led me to Wounded Warrior battalion, which got me into sports,” Wishnia said. “I keep doing this for my wife and kids. Every day knowing that I’m able to compete, good or bad throw, it doesn’t matter; because you’re out here competing with other people.”

Wishnia hopes anyone dealing with an injury or disability, will see his competition and get inspired to reach out to him or look into doing something like the Paralympics 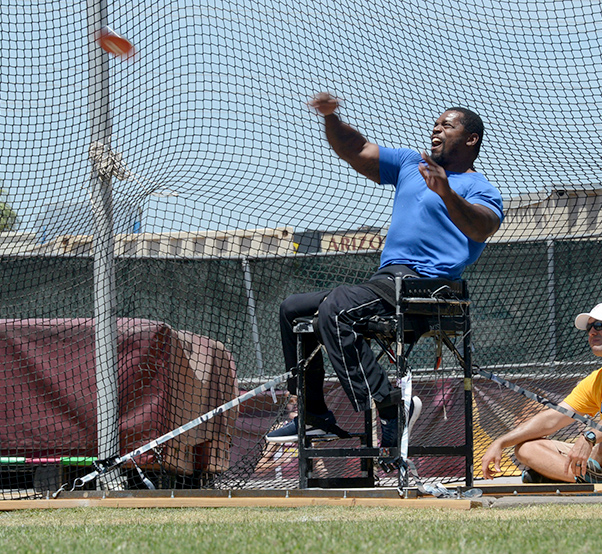 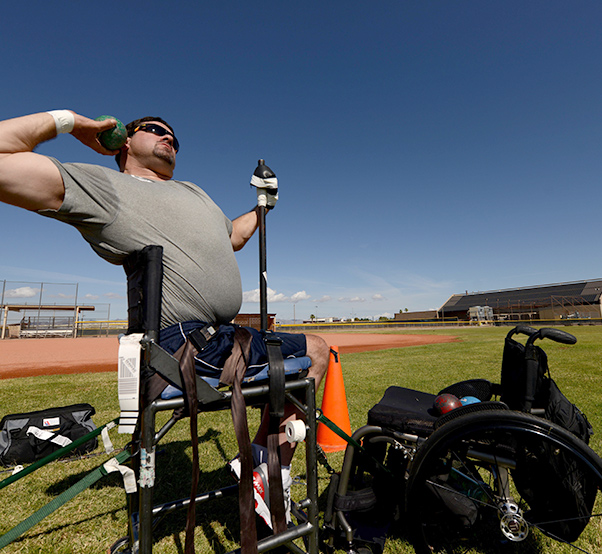 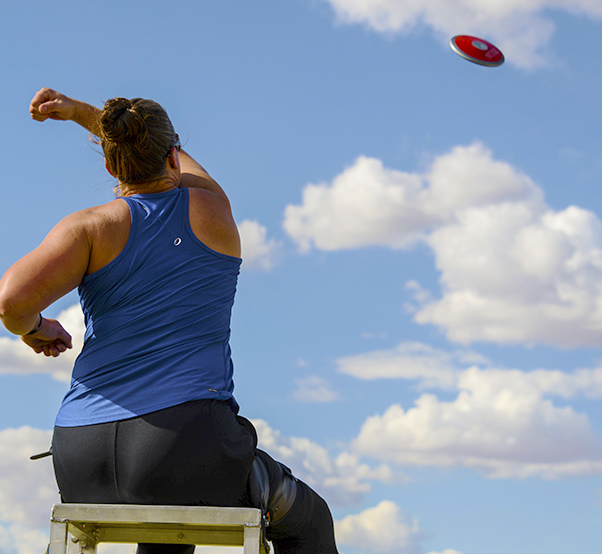 Christy Gardner, 2017 Paralympics competitor, practices throwing a discus May 10, 2017, at Luke Air Force Base, Ariz. Luke had the opportunity to help U.S. and international male and female athletes with permanent physical disabilities that are interested in competitive athletics. 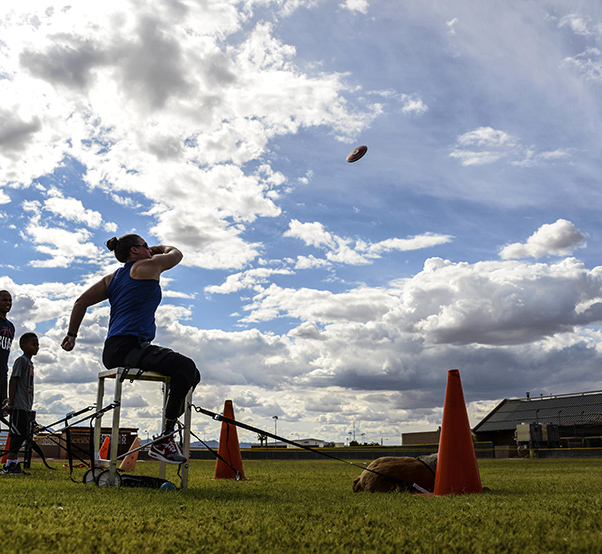 Christy Gardner, 2017 Paralympics competitor, practices throwing a discus May 10, 2017, at Luke Air Force Base, Ariz. Luke AFB and the 56th Force Support Squadron supported and hosted U.S. Paralympic Military Athletes for a track and field training camp prior to the Desert Challenge Games at Arizona State University in Tempe, Ariz.

Around the Air Force: Nov. 6