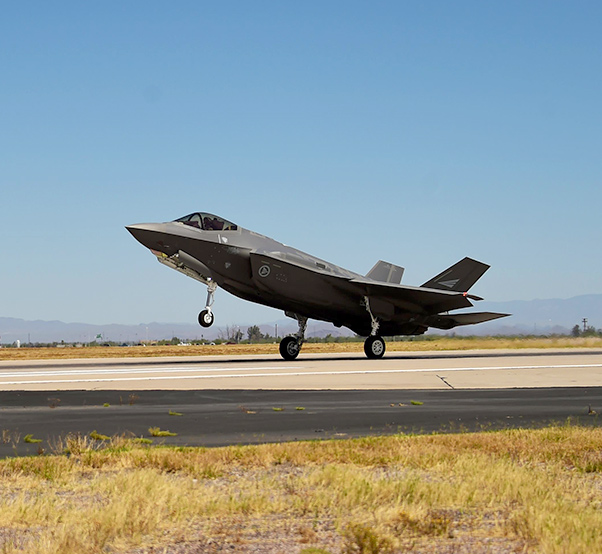 For the first time May 25, 2017 at Luke Air Force Base, Ariz. With nine countries involved in its development (United States, United Kingdom, Italy, Netherlands, Turkey, Canada, Denmark, Norway and Australia), the F-35 represents a new model of international cooperation, ensuring U.S. and Coalition partner security well into the 21st century.