Since the inception of Lesbian, Gay, Bisexual and Transgender Pride Month in 2009, American military installations around the globe have participated in events celebrating the diversity of LGBT service members who have, will, or are currently serving.

“The significance of this month is celebrating the dedication and commitment that LGBT service members have contributed to the Air Force,” said Tech. Sgt. Cassandra Turnage, 56th Aircraft Maintenance Squadron commander’s personnel section NCO in charge at Luke Air Force Base, Ariz. “Just because they may have a different sexual orientation or gender preference, doesn’t make them any less of an Airman. People of the LGBT community stand side-by-side with us and work just as hard.”

Luke Thunderbolts are celebrating LGBT Pride Month with several events for service members and their families.

“These events highlight the LGBT community and get Luke Thunderbolts involved,” Turnage said. “We want to encourage Airmen to be inclusive, and think outside the box.” 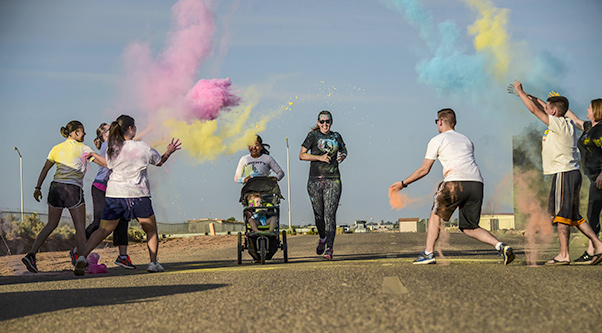 Runners participating in the LGBT Pride Month 5k color run pass through a colored powder throwing station June 1, 2017 at Luke Air Force Base, Ariz. The multicolored chalk was a representation of the LGBT community rainbow flag.

According to Turnage, starting the month in an energetic, fun and active way was the best way to represent the LGBT community. A 5k color run kicked off June 1 and was open to current or past service members and their families. According to Turnage, the purpose of the 5k being a color run was to signify the different colors encompassing the LGBT rainbow flag.

A cross-cultural awareness symposium is scheduled June 23 in Harlow’s Lounge at Club Five Six. The purpose of the event is to raise awareness through a question and answer session, active discussion and stories from LGBT community members and various guest speakers.

“Sexual preference, who you identify as or who you choose to be with should not be a barrier towards the rest of your career,” Balkis said.

The events of LGBT pride month aim to highlight the contributions of the LGBT community in and outside of the military.

As the largest fighter wing in the Air Force, Thunderbolts have been called to lead as a united team, celebrating the diversity of all Airmen along the way. 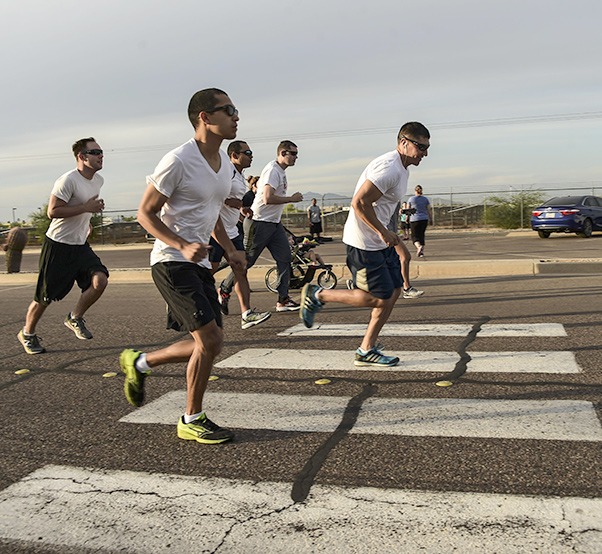 Runners participating in the LGBT Pride Month 5k color run begin the 3.1-mile run June 1, 2017 at Luke Air Force Base, Ariz. The run was open to any current or past service members.