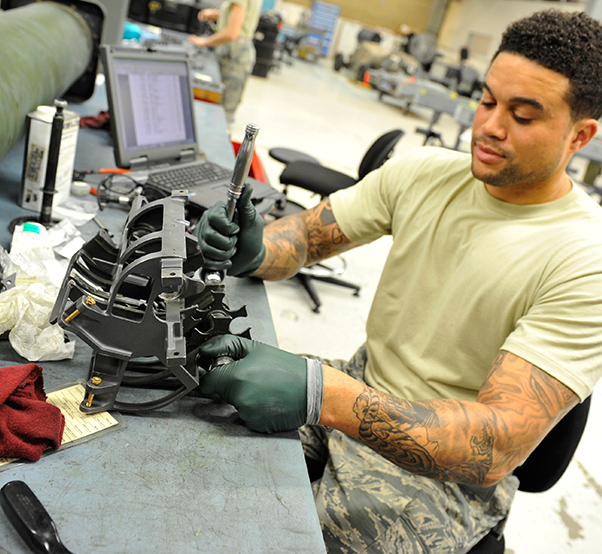 When an F-16 Fighting Falcon pilot returns from a day of target practice at the Gila Bend Auxiliary Field, the weapons systems are inspected for routine maintenance.

If any components of the weapons system are in need of maintenance, the system is transferred to the 56th Equipment Maintenance Squadron armament shop at Luke Air Force Base, Ariz., the Airmen work diligently to identify and repair any problems found.

“Once the equipment arrives we need to disassemble, inspect and reassemble the weapons systems,” said Master Sgt. Kevin Needham, 56th EMS armament support section chief. “We have roughly 600 different pieces of equipment that have their own individual unique inspection cycles. Pylons are due every 18 months, MAU-12 bomb racks are due every 180 days and 18 months with a 100-fire inspection every time it fires 100 cartridges of bomb drops during sorties. Triple ejector racks have a 180 day and a 12-month inspection cycle. Then missile launchers, LAU-129 and LAU-131s, have a 12, 18 and 36-month inspection cycle.” 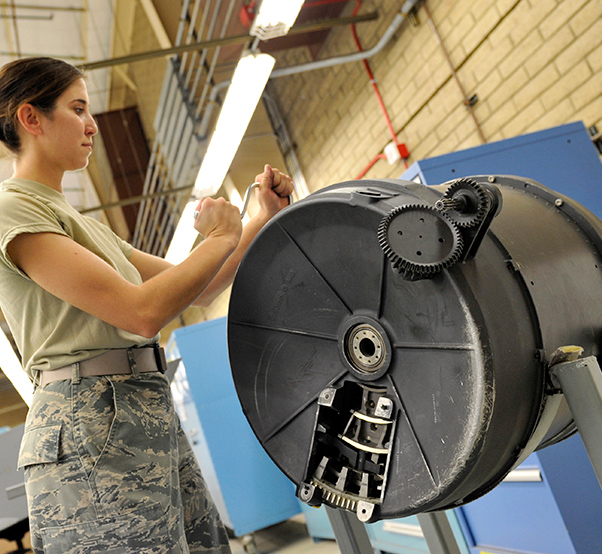 Along with the inspection cycles, armament focuses largely on their gun systems.

“The F-16s here at Luke fire more rounds than any other Combat Air Force,” Needham said. “This fiscal year more than 143 thousand rounds were fired out of our gun systems with an overall 99.8 percent successful fire rate. The extremely high fire rate greatly increases the possibility of a catastrophic gun malfunction”

In addition to routine maintenance, pilots are able to report malfunctioning equipment and aircraft discrepancies they experienced while flying. 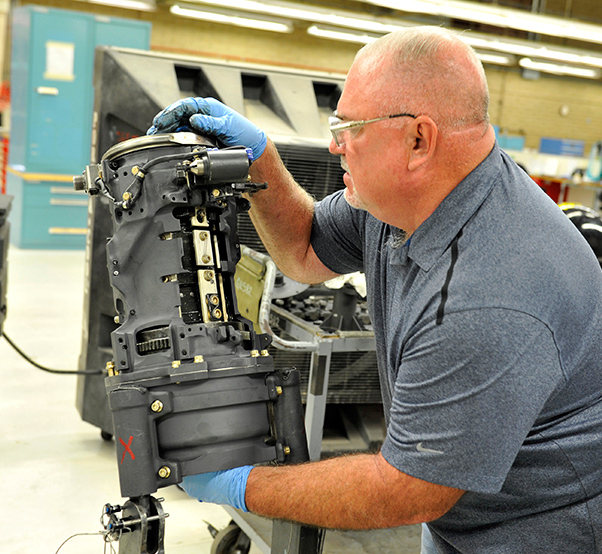 “Incidents that are not scheduled are classified as B-maintenance,” said Airman 1st Class Brianna Christoferson, 56th EMS armament flight technician. “If the equipment doesn’t get inspected properly, it could cause jammed guns, hung munitions, and potentially inadvertent releases.”

Equipment is inspected in accordance with Technical Orders to ensure components are within required mission ready standards.

“If anything is found, such as cracks, damage or broken components, we must disassemble the entire component,” Christoferson said. “We do not send anything out of this shop that is not safe to use or isn’t mission capable. With the help of the TO system and the communication amongst Airmen we are able to solve the weapons system problems we face on a daily basis, keeping our pilots armed and ready for the future.” 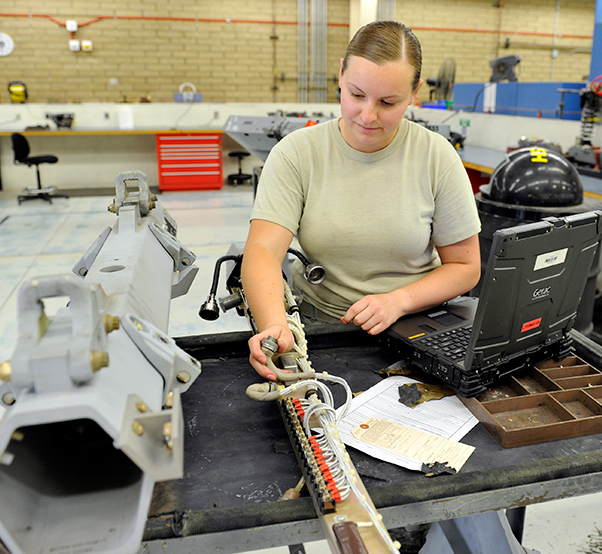 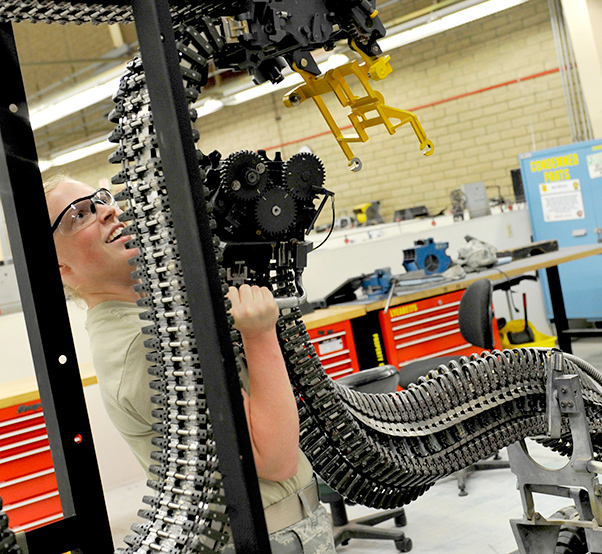