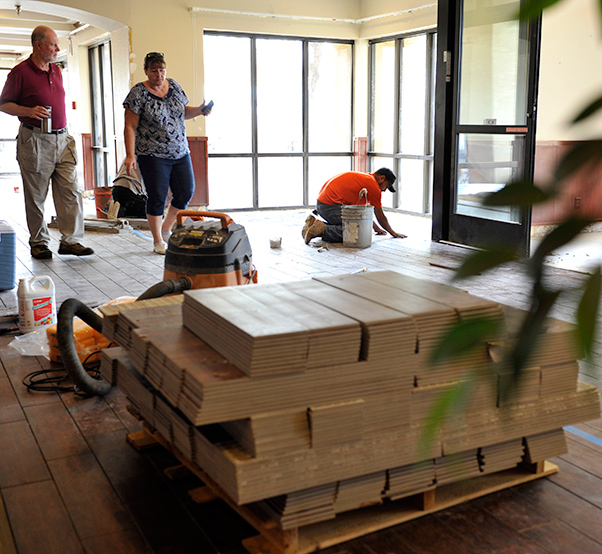 Ongoing renovations have temporarily closed down Club Five-Six at Luke Air Force Base, Ariz., but is scheduled to reopen to the Thunderbolt community in August.

“The main focus of the renovations is the floors with some additions,” said Melissa Arnold, 56th Force Support Squadron club manager. “The club’s renovations bring a new style of wood floor tiling throughout the entire building with the exception of the ball room. The three ball rooms have received new carpet with drapes. Additionally, new Chandeliers will be hung up in the ballrooms early August.”

With the renovations at the club, the newly refurbished dance floor will be open to the next dancing event Thursday.

“Even though the club is under renovations, we are opening up for a few events this week,” Arnold said. “The club has been one of the main destinations for Luke’s official government ceremonies, so updating it will shed a new light to the base.” 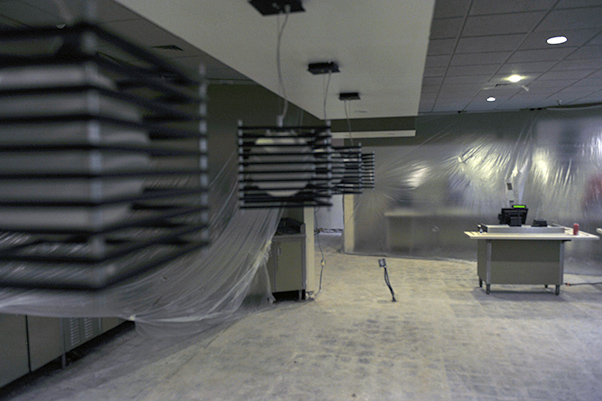 The Barcelona room at the club has also been targeted for renovations.

“Luke’s heritage room will also receive a couple of new updates,” Arnold said. “The outdated room will be updated with a variety of era photos as well as a nice facelift.”

Along with the floors and room updates, the club is scheduled to re-open with a different style of kitchen.

“In the lunch serving area we plan on updating the floor with a wood style as well,” Arnold said. “The kitchen will be making a switch to be a more traditional dinner style restaurant, replacing the buffet style kitchen we had.”

With the new renovations the club is preparing for Luke’s future.

“With all the great additions going into the Club, the renovations are focused on updating as well as maintaining the Air Force Culture mindset it has set for all these years,” said Alicia Thornton-Murray, 56th FSS community services flight chief. “We hope these improvements will continue to reenergize squadrons, Airmen and their families. We look forward to finishing the updates and looking forward to the future ones on their way.” 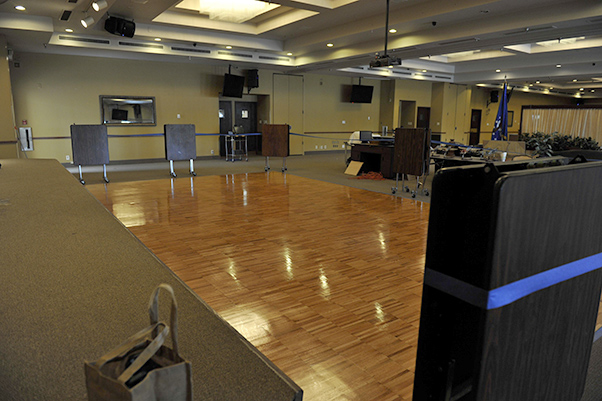 The dance floor of Club Five-Six is being refurbished July 17, 2017 at Luke Air Force Base, Ariz. The dance floor is located at the front of the three ball rooms.