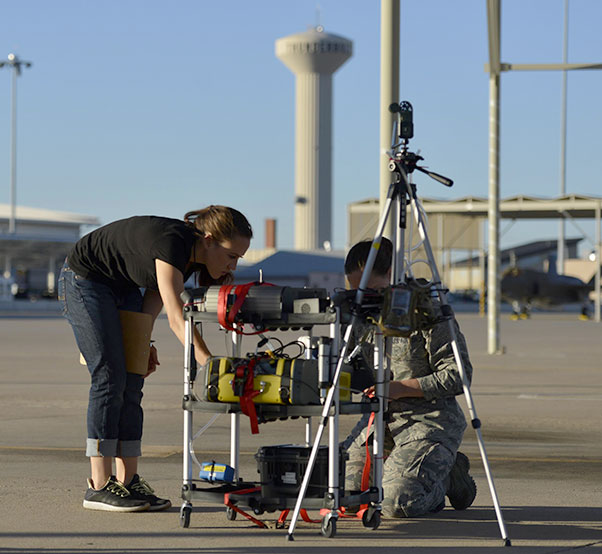 Danielle McKenzie-Smith, USAF School of Aerospace Medicine bioenvironmental engineer secures testing equipment on the flightline at Luke Air Force Base, Ariz., Sept. 20, 2017. McKenzie-Smith and the team strategically placed equipment to test chemicals, particle sizes and the distribution of particles in the air related to the F-35A Lightning II program.

Members of Team Luke and Wright-Patterson’s U.S. Air Force School of Aerospace Medicine conducted a second set of assessments the week of Sept. 18, this time focusing on air quality on the flightline supporting the F-35A Lightning II program at the 56th Fighter Wing at Luke Air Force Base, Ariz.

USAFSAM is conducting a series of tests to gain a better understanding of the environmental factors pilots, maintainers and any other personnel associated with the F-35A program are exposed to — whether in the air or on the ground.

This was the second time in the past month that team members from USAFSAM visited Luke to perform tests. In late August, the team spent a week performing similar tests focused on heat stress and exposure, specifically for maintainers on the flightline.

The most recent visit was a follow-up to the initial tests as well as an opportunity for new experiments on different variables. 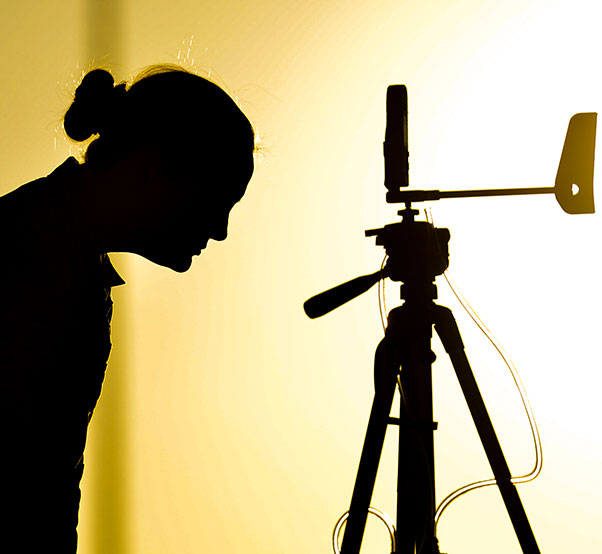 FIrst Lt. Kelsey Schafer, 711th Human Performance Wing mechanical engineer, checks measurements on a kestrel meter at Luke Air Force Base, Ariz., Sept. 20, 2017. Schafer and other team members from the USAF School of Aerospace Medicine visited Luke to collect samples to determine the air quality of Luke and the surrounding area for follow-up testing with the F-35A Lightning II program.

“We are out here to collect baseline data of the air quality to characterize what is exactly in the air,” said Danielle McKenzie-Smith, USAFSAM bioenvironmental engineer. “Collecting baseline data during normal operations gives us a better comparison as we get more in depth with our research. We are testing for chemicals, particle sizes and the distribution of particles in the air to see if Luke and the surrounding region has unique conditions related to these incidents.”

After each F-35 launch, the team checked and downloaded data from several sets of instruments which were strategically placed on the flightline.

“We are trying to focus on creating very robust and strategic sampling plans so that the data we collect is valid,” explained Steele.

The team spent a total of three days collecting samples. Steele explained there is a tentative schedule to continue testing in a multitude of weather conditions into the future.

The 56th Fighter Wing will be home to the largest number of F-35As in the future with 144 on the ramp by 2022. As we build future of airpower through the production of pilots and maintainers, taking care of Airmen is our number one priority. 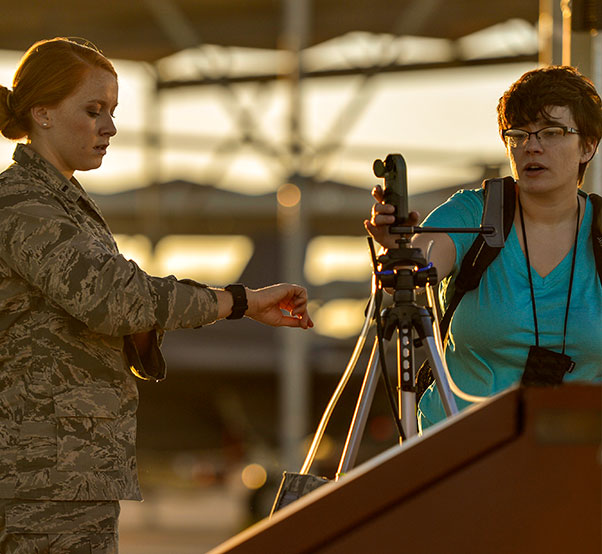