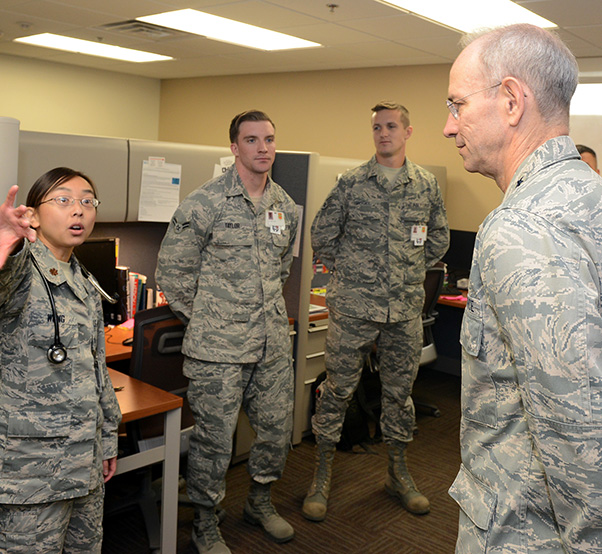 Tasked by Brig. Gen. Brook Leonard, 56th Fighter Wing commander, with developing a solution to address the effects of flying, the aerospace flight surgeons at Luke have formed a human performance team to address any issues pilots may have physically, mentally or emotionally. 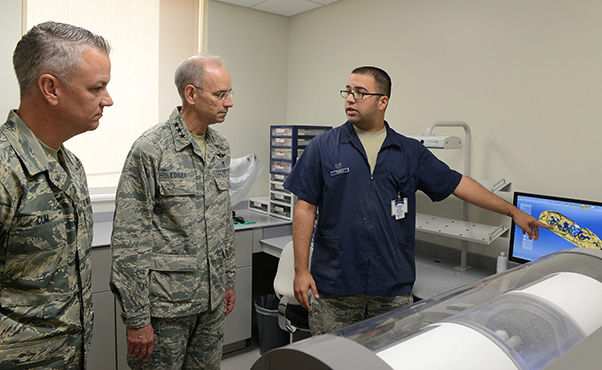 “Our vision is to maximize the mental, emotional and physical strength of human airpower” said Capt. (Dr.) Brian Anderson, 61st Fighter Squadron flight surgeon. “Our pilots are high performance athletes and we want to provide them with prevention and treatment strategies, so our pilots can get back in that seat and fly the next day. Behind the shield of fighter pilot resiliency, there is a human being in there and the human performance team’s job is to take care of that person as well.”

“The general and chief visited with the 61st FS to review aerospace physiological challenges associated with the F-35 and to gain input with how to best support the fighter operations here at Luke,” said Col. Jeffrey Freeland, 56th MDG commander. 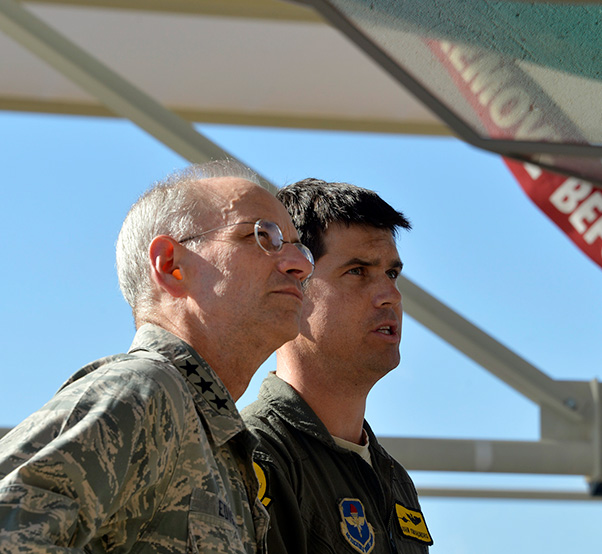 They concluded their visit with an all-call at the base theater to discuss current issues facing the Air Force medical services.

“It has been a great day,” Edigar said. “I got to meet a lot of our Airmen in the medical group and on the operational side and hear them describe how they are meeting the considerable mission here at Luke, what their successes are and what their challenges are and how I may be able to help with the team back at headquarters Air Force.”

Edigar added from his first meeting with Brig. Gen. Leonard all the way down to the Airmen in the fighter squadrons and clinics, everyone has a strong understanding and commitment to the mission of building the future of airpower and is definitely one team pulling together, looking for innovative ways to meet the challenges the mission gives. 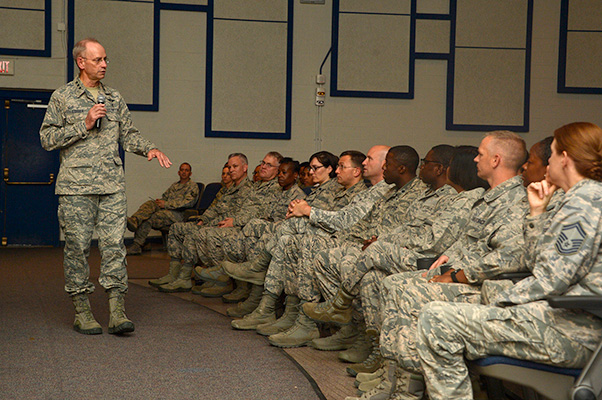 Lt. Gen. Mark Ediger, Headquarters U.S. Air Force Surgeon General, speaks with the members of the 56th Medical Group during an all call at Luke Air Force Base, Ariz., Oct. 11, 2017.