Service men, past and present, gathered at the Navy Operations Support Center at Luke Air Force Base, Ariz., during a Retiree Appreciation Day event Oct. 28, to commemorate retired veterans in the area.

As the event began, retirees gathered in the main assembly room for the presentation of the colors, invocation and a brief introduction from the 56th Fighter Wing vice commander, Col. Michael Richardson.

After the introduction the retirees were able to explore the exhibits from on-and-off base agencies who provide medical and informational resources including the Defense Finance and Accounting Service and Veterans Administration. 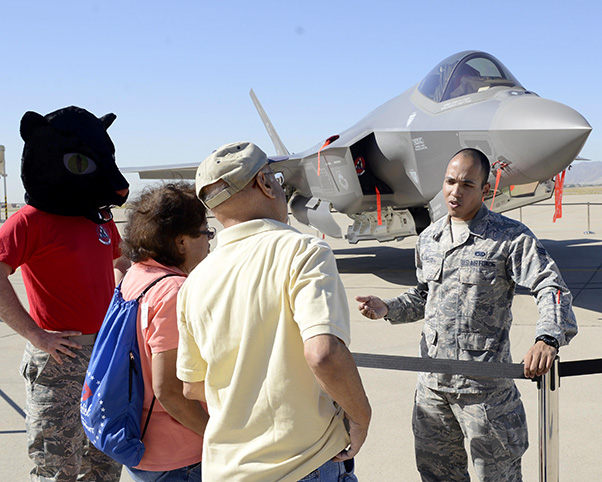 “From the medical side, we were able to offer shots for the shingles, flu, and pneumonia,” said Capt. Michael Saxton, 56th Dental Squadron general dentist and event action officer. “Different organizations such as MyCare, Tricare, optometry and family health also had booths to help further aid our retirees.”

Along with the information the retirees were given, multiple operational demonstrations were also arranged.

“This event gave older retirees the opportunity to see some of the newer Explosive Ordnance Disposal team techniques that weren’t around in their time,” Retired Chief Master Sgt. Michael Thomas, Retiree Activity Office director. “It was great to see an F-35 aircraft and F-16 Fighting Falcon displayed on the flight line, where retirees were able to get up close.”

More than 40 organizations came out to participate in this year’s Retiree Appreciation Day. 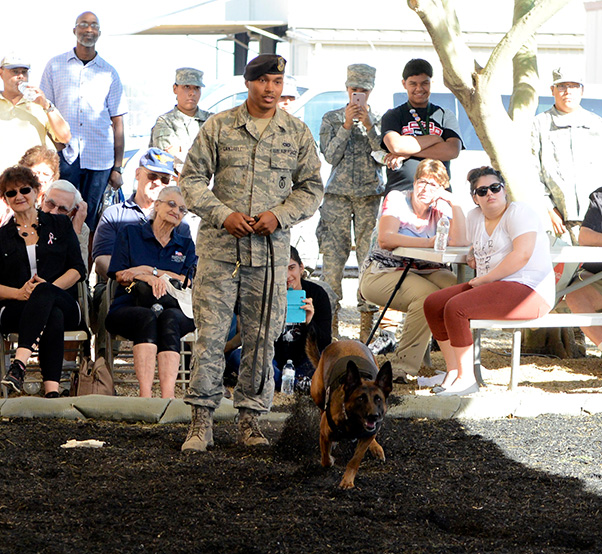 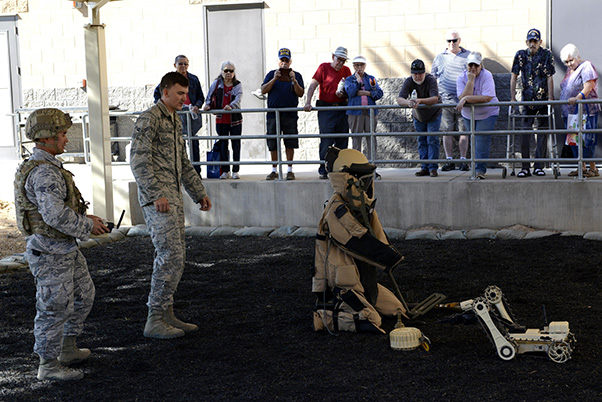 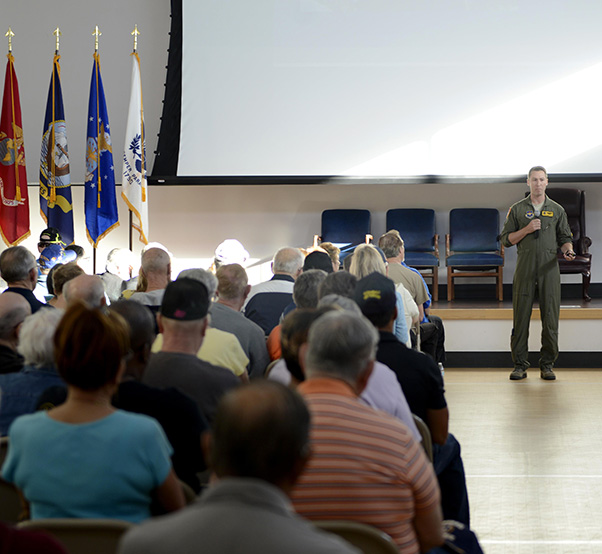 Maj. Ian Osterreicher, 61st Fighter Squadron F-35A Lightning II instructor pilot, gives an F-35 briefing during the Retiree Appreciation Day at Luke Air Force Base, Ariz., Oct. 28, 2017. The brief was held at the Navy Operations Support Center’s main assembly room and focused on the logistics and mechanics of the aircraft. 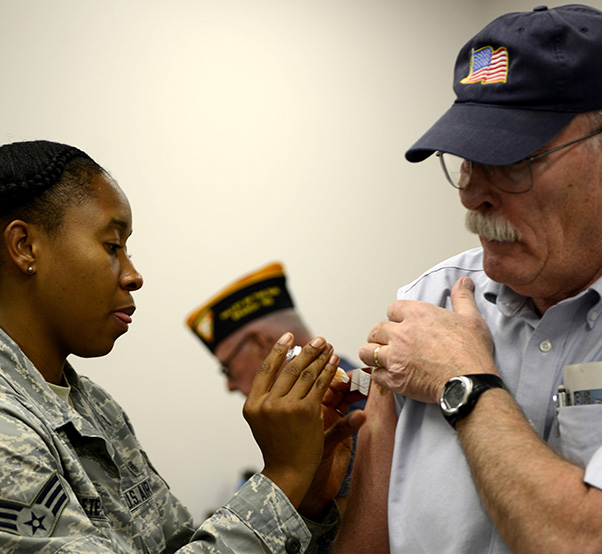