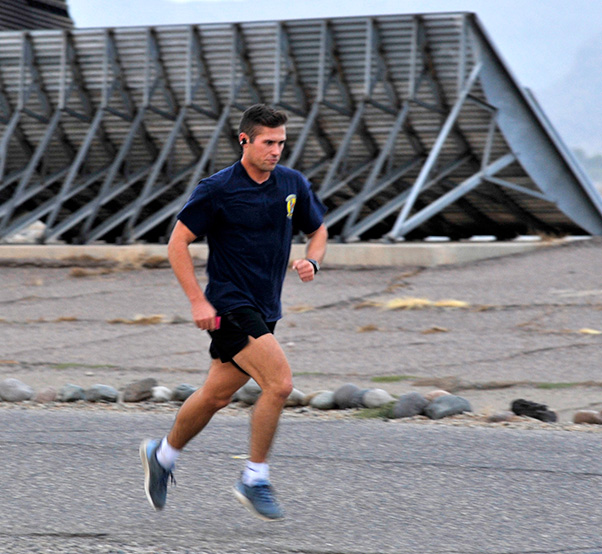 This year, Luke celebrated by hosting a 5K run and a Native American luncheon scheduled for Nov. 28 at the community commons.

“Celebrating this month is quite the eye opener for Airmen and our Thunderbolts who haven’t been around for this event,” said Tech. Sgt. Charles Diggs, 56th Equipment Maintenance Squadron metals technology craftsman. “Our military is a melting pot of culture and most of the time Native American heritage isn’t the most widely recognized. By celebrating their heritage in November, it gives our Thunderbolts some insight into their culture.”

Thunderbolts kicked of festivities with a 5K, where Thunderbolts received a brief introduction to Native American history before embarking on the run. 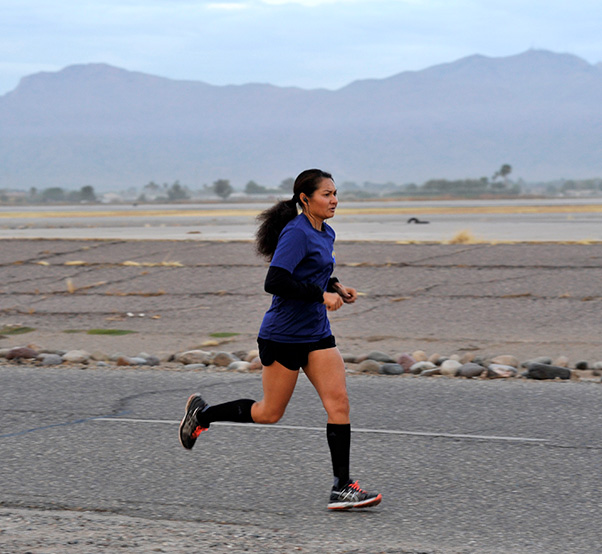 “By teaching us how to overcome and adapt in certain times in our history, the Native American culture has done much to help not just the military, but the country as a whole,” Diggs said. “Survival skills, running and food techniques were all passed down by Native Americans. If we look at our history we can see that, we all have a little bit of Native American heritage. We should, in a sense, get to know our roots.”

“We set up a ‘big hoorah’ at the end of the month by having members from a local tribe perform and provide fry bread and other traditional foods,” Diggs said. “Team Luke is a family, and the fact we have tribal members working side by side with our Thunderbolts makes Luke as a whole that much greater.” 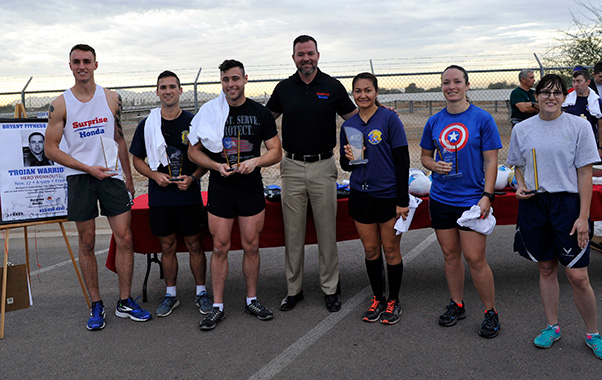 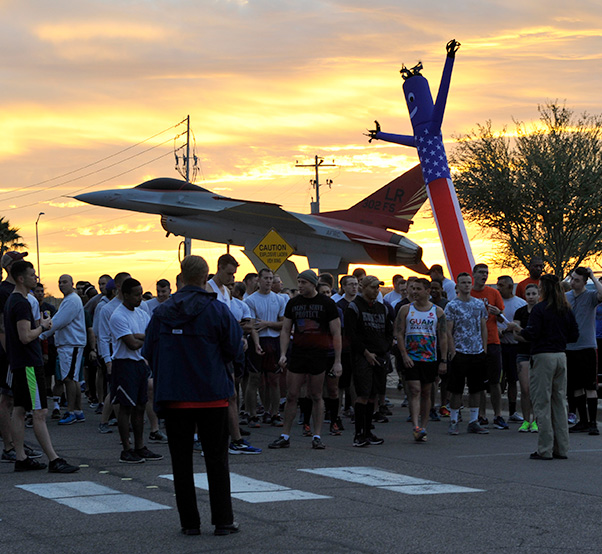 Thunderbolts gather at the starting line for a 5K run at Luke Air Force Base, Ariz., Nov. 17, 2017. The 5K was held in honor of Native American Heritage month.