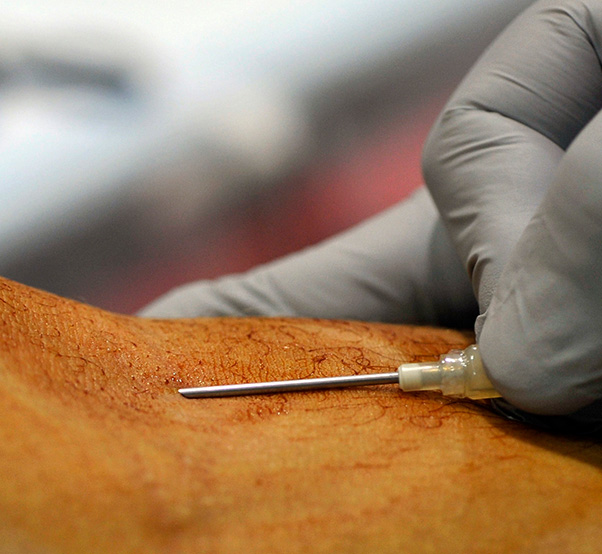 The Armed Services Blood Program teamed up with Bryant Fitness Center at Luke Air Force Base, Ariz., staff to facilitate blood donations within the Thunderbolt community for overseas troops in need Dec. 7.

An average adult has roughly ten pints of blood in their body. By donating a single pint of blood you increase the potential of saving multiple lives exponentially.

“Our organization here today is the Tri-Service, made of the U.S. Army, Navy and Air Force,” said Deylon Douglass, Fort Bliss Blood Donor Center recruiter and public affairs specialist. “All the blood ASBP collects is shipped within 72-hours and is specifically for service members and those who are fighting down range. Our first priority is to those who are in Iraq and Afghanistan.”

Before a Thunderbolt’s blood could be donated, prescreening quotas must be met to ensure the supply is healthy for shipment.

“One of the biggest donations problems we have in the military is the travel restriction screening,” Douglass said. “If a member has spent more than five consecutive years in Europe, they are permanently differed from donating. Immunizations, dental work, tattoos and piercings are also taken into consideration before donating. Once a member has passed through the screening process our team expedites the donating process and ensures the member donates safely and successfully.” 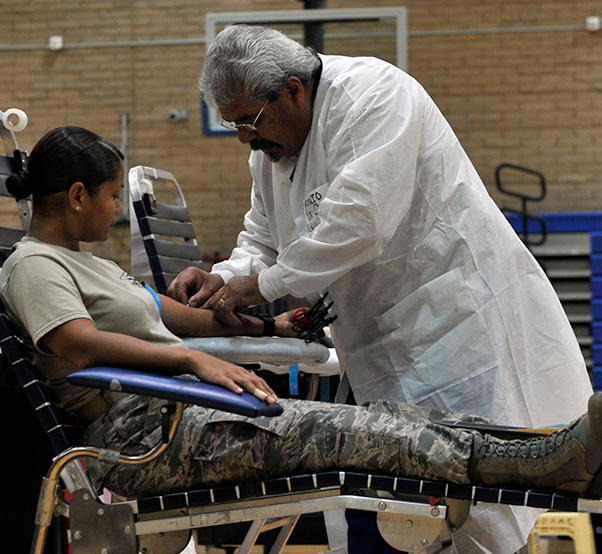 During the event, approximately 15 blood stations were set up to receive walk-in donations from any branch of service.

“While ASBP’s first priority is providing for wounded warriors in overseas operations, they also provide blood to soldiers, family members and retirees at military treatment facilities,” said Master Sgt. Morgan Iorio, 56th Medical Group lab flight chief. “This is a great way for Thunderbolts who are in the rear to contribute to all their fellow Airmen who are currently deployed.”

After donating blood, Thunderbolts reflected on their small sacrifice for the greater good. 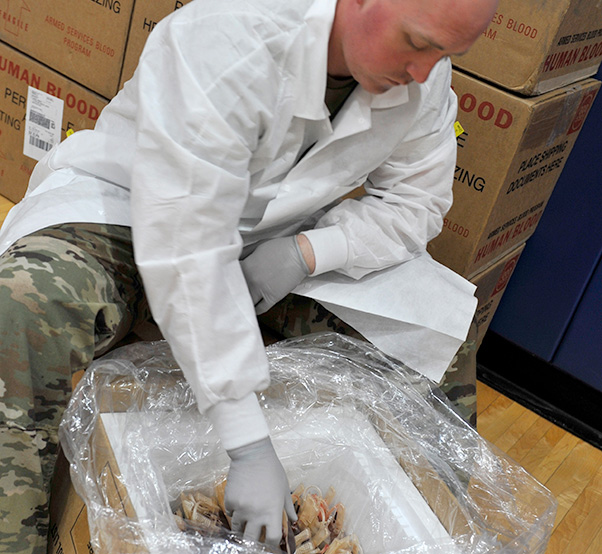 “We haven’t been here in a long time, but I think the event went as well as expected,” said U.S. Army Sgt. David Shumaker, William Bowman Hospital Army Medical Center blood donor center noncommissioned officer in charge. “Blood is the number one, lifesaving tool in the world, so we want to see other people want to come and donate. At the end of the day, it’s about spreading the message, knowing that for minutes of your time you can come in and save lives.”

Through events like this Thunderbolts can reach further than the base to take care of Airmen. 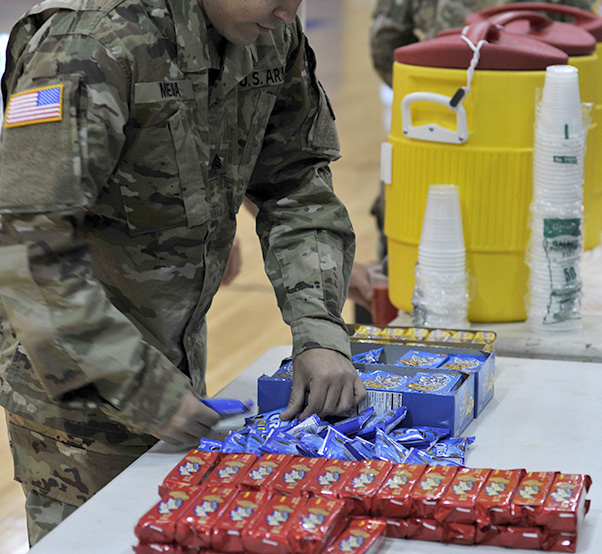 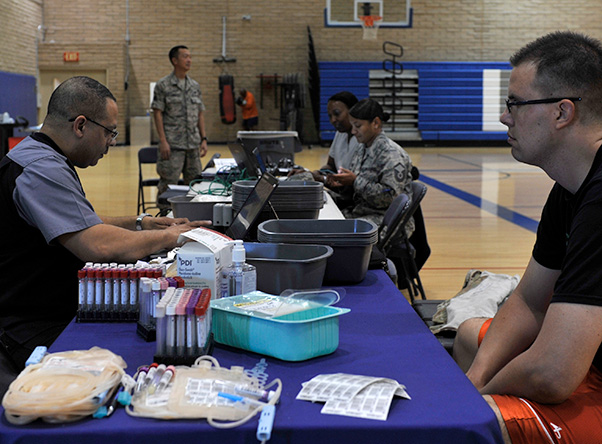