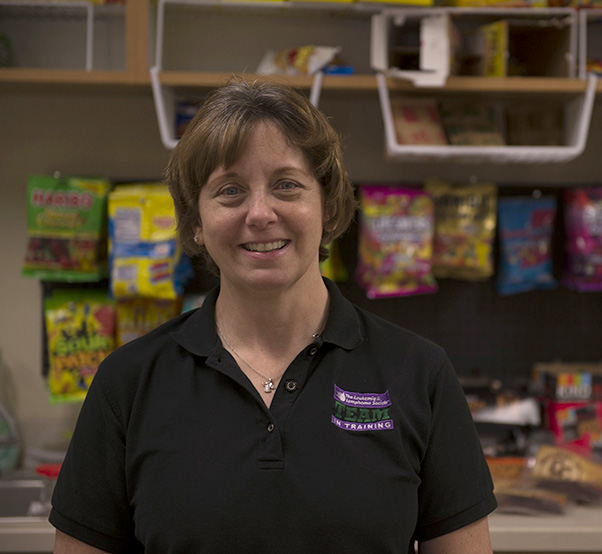 Deb Robinson, 56th Medical Group dietician, poses for a photo in front of the 62nd Aircraft Maintenance Unit’s snackbar Jan. 18, 2018, at Luke Air Force Base. Robinson, known on base as “Diet Deb,” is running an initiative to change snackbars for units through the 56th Fighter Wing to be healthier without sacrificing taste.

There exists a utility which propels Airmen at Luke Air Force Base, Ariz.

This all-important utility is the snack bar, and despite its many benefits, Deborah Robinson, 56th Medical Group dietician, knows it can be improved.

“The Department of Defense has a check sheet called the Military Nutrition Environmental Assessment Tool, which helps us to pinpoint nutritional challenges,” Robinson said. “One of the things we’ve identified that can be improved are our squadron snack bars.”

Robinson, known around the base as Diet Deb, has been a constant resource at Luke for service members, families, and retirees seeking to gain important dietary health consultation and advice. Now, her mission is to change the snack bars for major units at Luke to meet two goals: give Airmen more nutritious foods and keep things tasty.

“If we change the food environment, then people have the convenience to select food that tastes good, that is good for them, and that helps them to perform,” Robinson said. “Just telling them to eat more fruits and vegetables or make healthier food choices without supporting that type of environment doesn’t make those choices easier.” 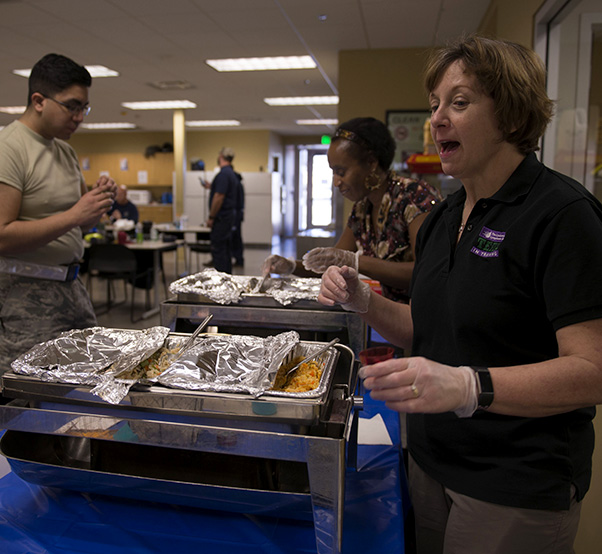 While finding healthier foods is not a difficult task, making sure they’re up to the taste standards of the people who are eating them is a bit more challenging. Robinson has cooked up a solution by hosting taste tests for various possible snack replacements at units who are considering the changes.

“We’ve done a survey with members to find out what their eating habits are, how they use their snack bar and what things they are interested in having,” Robinson said. “Then we did a taste test incorporating healthier versions of some of the items the Airmen asked for.”

“I think it’s a good idea,” said Staff Sgt. Joyce Casem, 62nd AMU weapons crew chief. “We had another taste test the previous month, which gave us new snack foods, and now we’re doing entrees, which is good because we have limited time to go and eat lunch.”

More than just keeping Airmen happy, the food choices the maintainers of the 62nd AMU make during their short breaks are important in keeping them alert and operating at peak capacity during long work shifts and high-tempo operations. 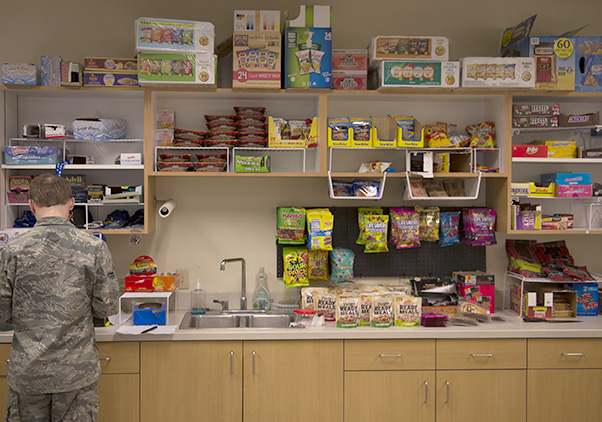 A 62nd Aircraft Maintenance Unit member prepares his lunch in front of the AMU snackbar Jan. 18, 2018, at Luke Air Force Base. Deb Robinson, the base dietician, is leading an initiative to change snackbars to offer healtheir options in an effort to improve the fitness and physical efficiency of Luke’s Airmen.

“The healthier options will definitely impact our maintainers by giving them more energy and helping them to stay fit and maintain Air Force standards,” Casem said.
Casem, who took part in the taste test, was universally satisfied with the samples.

“I actually loved all of the food,” Casem said. “I usually pack my own lunch, but if we have stuff like this in our snack bar, then there would definitely be times when I wouldn’t pack anything.”

Once her testing is complete, Robinson plans to analyze her results and make food recommendations tailored to individual units and their tastes. Eventually, she hopes to be able to implement similar initiatives on a much wider scale.

“I’m working with the Air Force medical operations agency to put together a toolkit that might eventually allow units to actually assess themselves,” Robinson said. “We want to see if this process is effective. We want to see how it affects the sales of healthier options, how satisfied unit members are with these options, and hopefully this process will become a turnkey for units to implement themselves.” 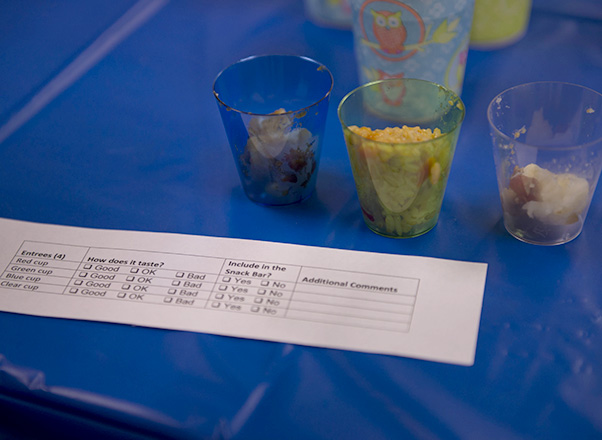 A taste test ballot sits in front of several sample entrees from a new initiative to change unit snackbars to be healtheir Jan. 18, 2018, at Luke Air Force Base. 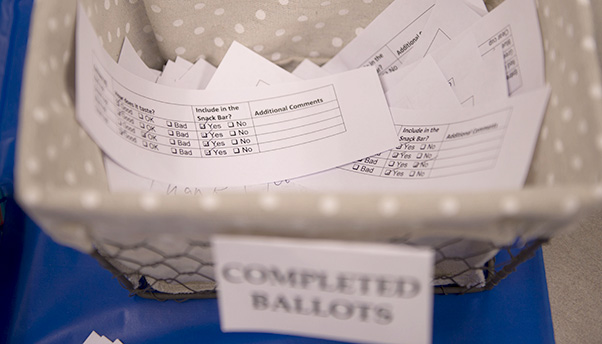 Ballots voting for the implementation of various food samples from a taste test at the 62nd Aircraft Maintenance Unit sit in the ballot box Jan. 18, 2018, at Luke Air Force Base.