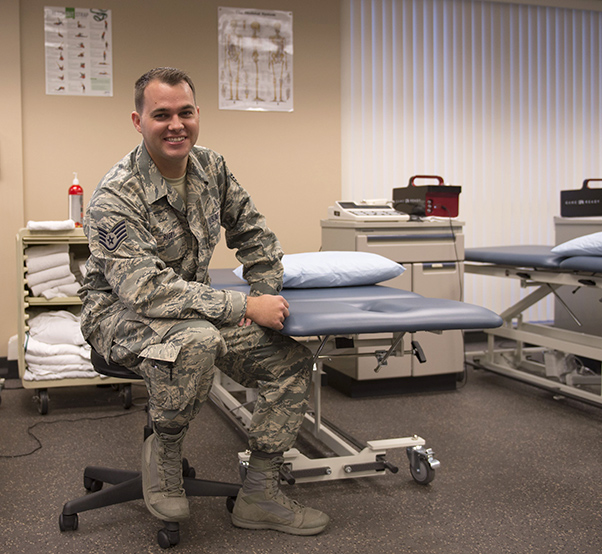 On Jan. 16, 2018, Staff Sgt. Geoffrey Rigby, 56th Medical Operations Squadron physical therapy technician at Luke Air Force Base, Ariz., was sitting in his truck at the intersection of Dysart Ave. and Indian School Rd. in Glendale, Ariz., waiting on a red light.

A car suddenly veered into the intersection and struck oncoming traffic. Rigby immediately pulled to the side, turned on his hazard lights and got out to offer assistance.

“It was a weird accident because one car had turned left a little bit too short,” Rigby said. “I asked if anybody needed any medical attention, and someone screamed the driver of the car which caused the accident was unconscious and foaming at the mouth.”

Rigby moved in to assess the situation. The driver was a large man, roughly 300 pounds by Rigby’s estimate. He was leaned over the center console dripping saliva from his mouth and, though unresponsive, had rapid, twitching eye movement. It was clear to Rigby the man was experiencing a seizure.

Rigby quickly ran back to his truck to retrieve his first-aid kit. He put on a pair of gloves and grabbed some sterile gauze. Another individual at the scene had broken the seizing man’s window and opened the door.

“I went into the front seat and the guy was still leaning over the center console,” Rigby said. “He was unconsciously snorting and his breathing was labored.”

Rigby had been invariably involved with the medical professions since he was a child. He’s been continuously CPR certified since he was 9 years old, the bi-product of a lifelong journey which included first aid training in the Cub and Boy Scouts, an Emergency Medical Technician certification in pursuit of an early firefighting career and his military medical training as part of the Air Force. 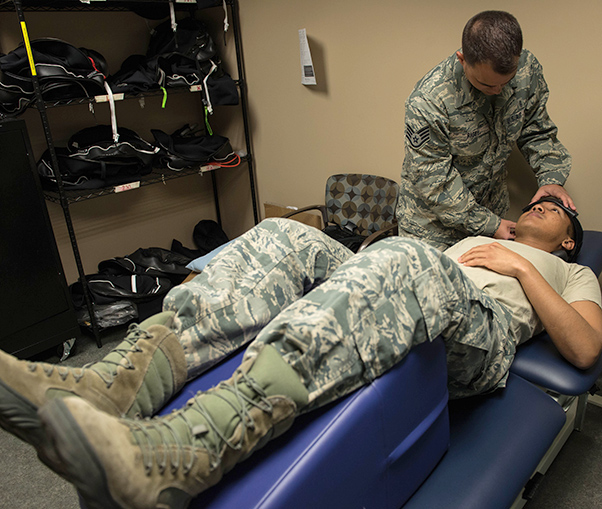 Until now though, his emergency experience had consisted solely of training, and his years of medical work had been performed in clinics on conscious patients.

“One of the things they taught me in EMT school is that if a patient is snoring, their airway is obstructed,” Rigby said. “In the case of a car accident, you always assume there is some sort of cervical spine trauma or neck trauma.”

Rigby’s training reaffirmed him the traditional CPR airway-opening chin lift technique would be potentially dangerous and could exacerbate an already broken neck.

“Instead, I held his head to stabilize his spine,” Rigby said. “At the same time, I pushed my fingers behind his jaw and performed a jaw thrust to open his airway. As soon as I did that, he stopped snoring and his breathing became normal.”

Although the man was unconscious, Rigby held his airway open and kept the man’s head stable for the five or so minutes it took for an ambulance to arrive. 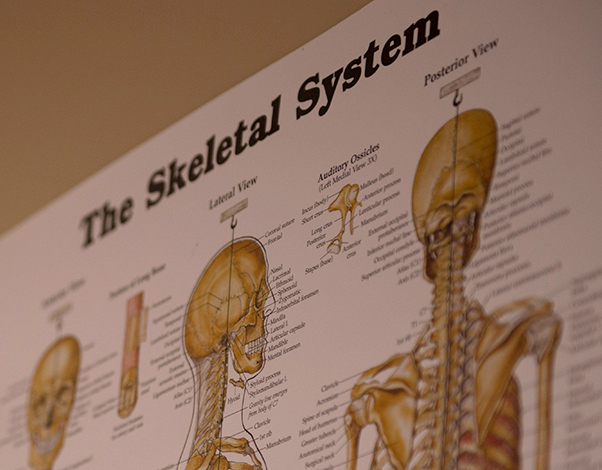 “It’s one of those things where you don’t even think about it,” Rigby said. “I asked if anybody was hurt, and someone said yes, so I pulled up, popped out and began working the scene.”

Despite potentially saving a man’s life, Rigby remains humble about the experience. Others who know him say they are not surprised.

“I couldn’t be more proud of him,” said Master Sgt. Erik Mena, 56th Medical Operations Squadron Surgical Services flight chief. “But I honestly expected nothing less. He’s always the first one to help. It takes a caring person to see an accident like that and pull over and hop into action.”

Mena, who has known Rigby for eight years, says Rigby exemplifies all of the quality characteristics of an ideal Airman. Rigby, however, doesn’t believe those characteristics make him special.

“When something happens, you don’t want to be that guy that just kind of walks away because ‘Oh, it’s not really my problem,’” Rigby said. “You should help, and I think as Airmen, that’s something we’ll always be willing to do. We’re here to serve the country, whether that’s at war overseas, or back here at home.” 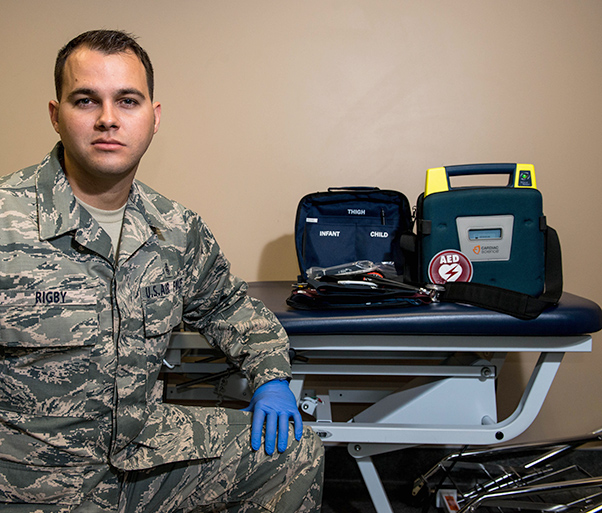