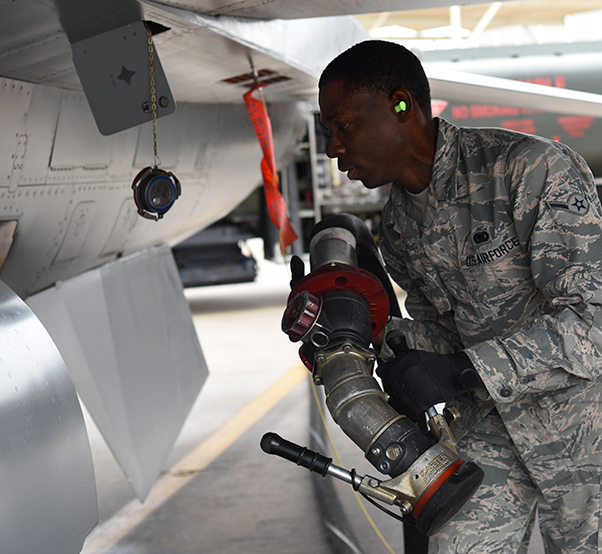 The competition pitted teams of POL Airmen from Luke AFB, Ariz., Davis-Monthan AFB, Ariz., and Nellis AFB against each other in a series of challenges related to driving and maintaining a fuel truck.

“The competition was great and I was just happy to be a part of it,” said Airman Johnny Jackson, 56th LRS fuels operations distributor and Luke competitor. “It took a lot of work to win.”

The annual competition allows Airmen from bases across the Southwest United States to demonstrate their technical prowess and vehicle operations skills.

“This is a tradition we’ve had in our fuels career field for decades now,” said Master Sgt. Jason Champagne, 56th LRS fuels operations manager. “It’s a good event and it’s a good opportunity for the Airmen to spend time with their peers, to network, and to learn and find out how other shops operate.” 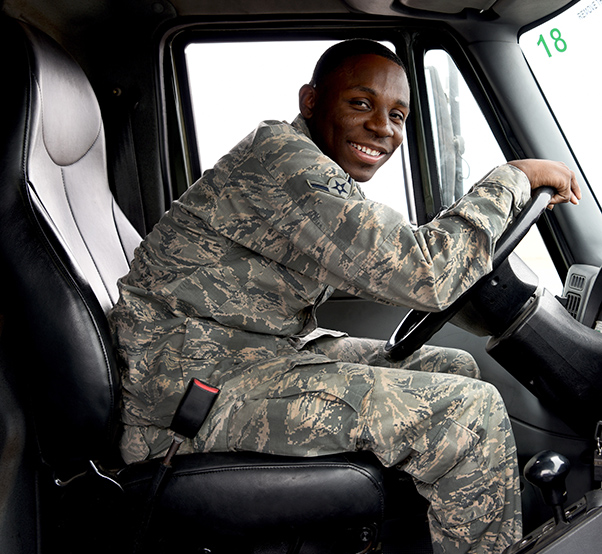 Airman Johnny Jackson, 56th Logistics Readiness Squadron fuels operations distributor, smiles for a portrait in the driver’s seat of his fuel truck April 19, 2018, at Luke Air Force Base, Ariz. Jackson, along with three other fuels operations distributors, won the 2018 Petroleum, Oil, and Lubricants “Roadeo” competition, wherein competitors raced to complete a series of timed objectives with a fuel truck.

“We practiced for about three months on and off, and when the time got closer, we went for about two weeks straight,” Jackson said. “For Airman Uzila, Gick, and I, it was our first time competing, and we didn’t know if we had what it took since everyone else had done it before, but we won. It felt good to get back what we put in.”

Next year, Luke will host the competition as the reigning champions.

“It’s a tradition in the POL career field to compete against each other and have that rivalry with other flights,” Champagne said. “Now, since we got to take the trophy home, everyone wants to come to Phoenix.” Jackson is confident the 56th LRS fuels management flight’s success will be replicated.

“Our chances are already great,” Jackson said. “It’s going to be our second time, we’re going to practice, and we have the home field advantage.” 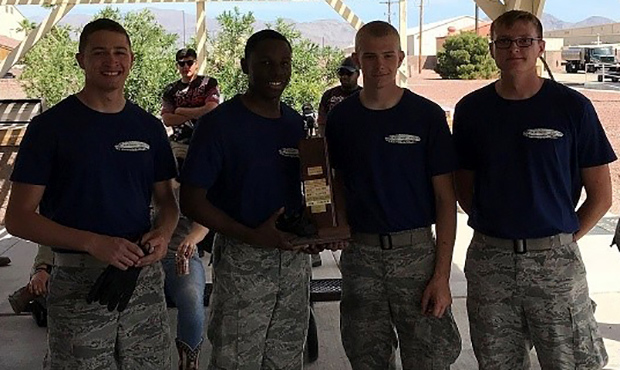 The winning team of the 2018 Petroleum, Oil, and Lubricants “Roadeo” competition, from the 56th Logistics Readiness Squadron at Luke Air Force Base, Ariz., pose for a picture with their trophy April 9, 2018, at Nellis AFB, Nev. The team used dedicated training and good communication skills to beat the competition.