As part of a Department of Defense partnership with the International Paralympic Committee, the group of athletes, all veterans, utilized Luke’s numerous athletic and medical facilities to train before competing in discus and shotput events at the annual games.

“I love it,” said Michael Wishnia, 36-year-old Paralympic shotputter and Marine Corps veteran. “This is my fourth year being back here and it’s awesome, because I love the military. The facilities you guys have around here are unbelievable. It’s everything that we could wish and ask for.”

The adaptive sports athletes, most of whom stayed on the base, maintained tight schedules throughout their days, which involved team meetings and medical evaluations in addition to multiple training sessions per day.

“We’re training early in the morning, getting a break at lunch, and then training again in the afternoon,” said Gabby Graves-Wake, 24-year-old sled-hockey and wheelchair track and field athlete, Marine Corps veteran, and Phoenix-native. “My practice schedule is a little different because I do live here, so I’m still doing my daily activities, working, and then training here, but everyone has been really accommodating and we make it work.” 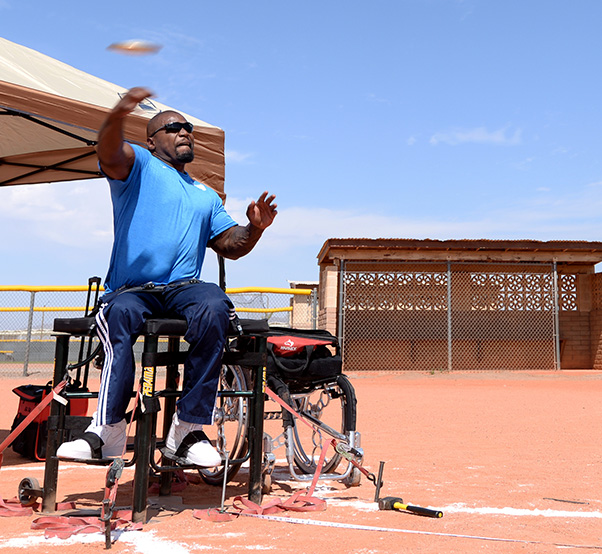 Aside from the facilities, however, the athletes expressed appreciation for being able to re-immerse themselves in training in a military environment that values people, ideas, and then things.

“Being around the military community in any capacity is always a great thing,” Graves-Wake said. “It kind of brings you back and makes you feel like you’re a part of something again. Getting to train here puts us back in that environment.” 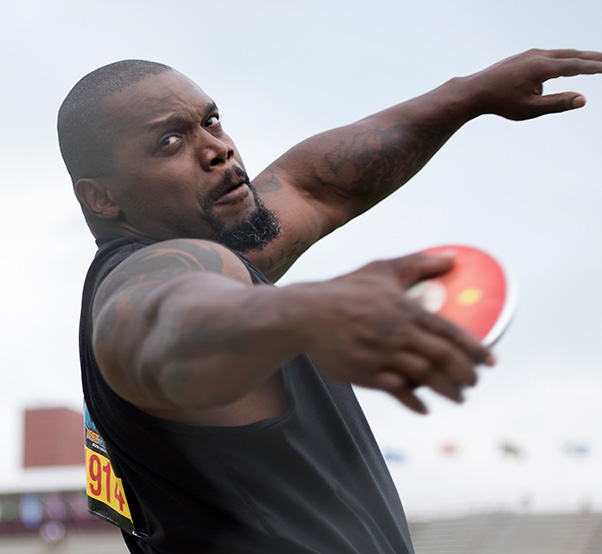 An adaptive athlete and Paralympic prospect throws a discus during the Desert Challenge adaptive sports competition at Arizona State University from June 15-16, 2018, in Tempe, Ariz. Multiple veteran athletes competed at the challenge.

The 2018 event, hosted by Arizona Disabled Sports, is an official part of the World Para Athletics Grand Prix and will assist each of the athletes on their route to the 2020 summer Paralympics.

“I’ll be training until Tokyo and probably beyond, because my wife said Paris is the next one and my wife wants to go to Paris,” Wishnia said with a laugh. “So I guess I’m going to 2024 as well, or at least training for it!” 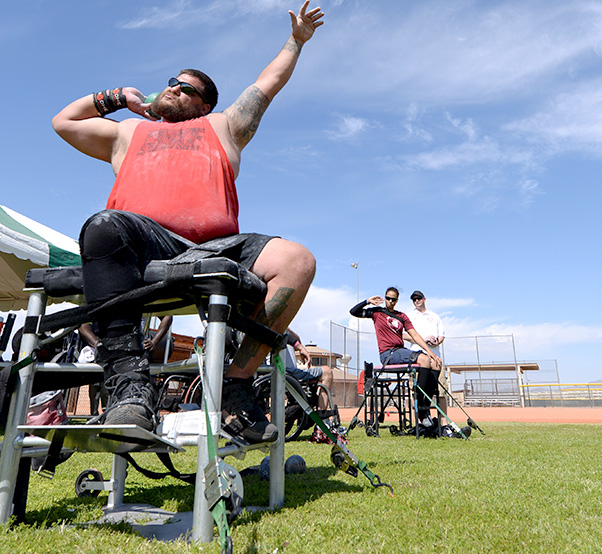 Michael Wishnia, Paralympic shotputter and Marine Corps veteran, prepares to throw a shotput during training at Luke Air Force Base, Ariz., June 13, 2018. As part of a partnership between the Department of Defense and the International Paralympic Committee, adaptive athletes and Paralympic prospects can utilize sports and medical facilities at military bases to prepare for competitions.

Sudden eclipse of the sun …