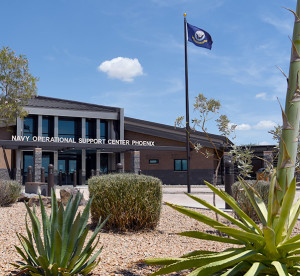 Total Force Integration is an effort to bring active, reserve and guard units together to consolidate cost and support combatant commander requirements.

The 56th Fighter Wing and the 944th Fighter Wing, a reserve unit at Luke Air Force Base, Ariz., are the primary example of TFI on Luke as they work together to train the world’s greatest fighter pilots and combat ready Airmen.

The active duty and reserve units here play a vital role in total force integration blending the line between each other.

For many active duty Airmen assigned to Luke, it’s their first duty location after technical school and their tour typically lasts two to three years. Reservist can stay in one location for as long as 12 years. 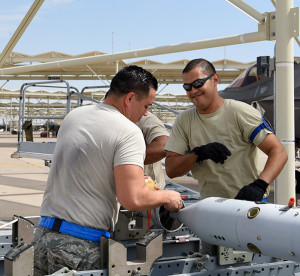 “At a base like this where we get a lot of Airmen out of technical school, reserve Airmen are able to teach with a lot of ownership and expertise on the job,” said Thompson, who has integrated into the 62nd Aircraft Maintenance Unit.

There is a culture difference between active duty and reserve Airmen in the Air Force. Though members are able to look past the differentiation to work as a functional unit.

“For nearly the last two years, I have worked with and for active duty members and not once have I not had their trust or confidence to do what any other one of their capable staff sergeants can do” said U.S. Air Force Reserve Staff Sgt. Joe Hernandez, 62nd Aircraft Maintenance Unit F-35A Lightning II Weapons team chief. “I think one thing the active duty member’s gain is knowing they have a confident, certified F-35 weapons team chief at their disposal to go forth and get the job done as they see fit.”

Along with Airmen, Luke is also home to the U.S. Navy Operational Support Center-Phoenix which supports 19 reserve units with more than 660 Sailors from all ranks and specialties. They conduct training on base two weekends each month to main readiness in order to provide essential capabilities to the Navy. 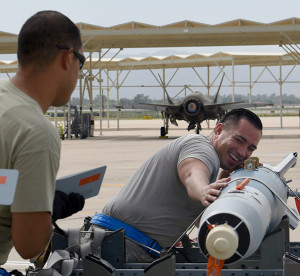 “Supported by the leadership of the 56th Fighter Wing, NOSC-Phoenix has been seamlessly integrated into the into the Air Force’s operation plan, allowing it to be a premier asset of the Navy Reserve,” said U.S. Navy Commander Justin Collins, NOSC-Phoenix commanding officer.

Not only does TFI help to complete the mission and bring Airmen from both sides together, it also saves room in the budget.

“When leadership looks at the big dollars, when a reserve unit runs an aircraft it’s a lot cheaper than active duty, by reducing the cost of manning.” Thompson said.

“It has been a seamless transition,” Thompson said. “Most of the time you can’t tell who is active or reserve on the flightline.”