The Fuels Flight has new and improved offloading skids to allow an alternate receiving capability for fuel other than through the pipeline.

Prior to this change it would take fuels Airmen roughly one hour to fill one tank truck. Now they can fuel four trucks in the same amount of time.

“The new system is four times quicker than the old one to offload fuel tanker trucks,” said Gibson. “The old system caused a serious concern if the pipeline were to go down for whatever reason and this alleviates some of that concern.”

The new offloading skids pump more than 500 gallons of fuel per minute with two emergency switches to shutdown fuel running through the pipeline. Not only does this new system fuel the trucks, but it allows fuel members to return the fuel back to the system itself. 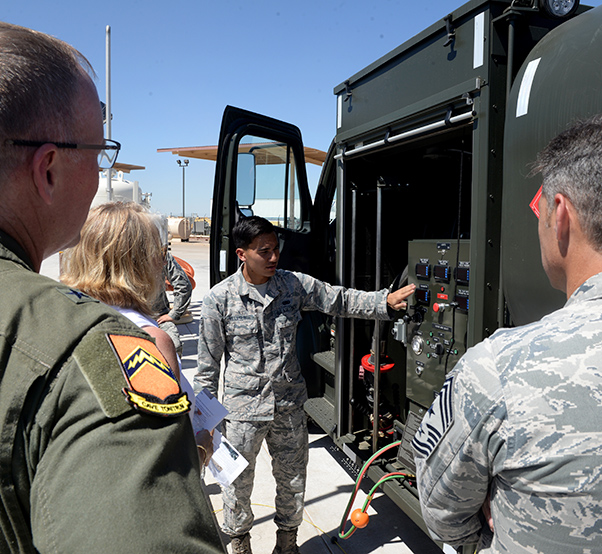 “Being able to return the fuel is important so we can reclaim that product and account for that fuel for monetary purposes,” said Gibson. “All fuel is owned by the Defense Logistics Agency-Energy until it reaches the aircraft. If we defuel a plane and don’t account for that fuel, it’s as if money goes missing.”

“The new trucks are redesigned and formatted to accommodate next generation aircraft,” said Gibson. “They are more automated and come equipped with a new digital interface for accuracy of gallons, audible backup warning sensors, and an Automatic Control System, assisting the operator when they conduct high- or low-pressure aircraft servicing”

Having the new equipment will aid them in getting fuel out to aircraft on the flightline sooner.

“We have the oldest R-11 fleet in the Air Education and Training Command inventory. The fact that we now have two of the newest R-11’s out there is once again going to improve the efficiency of getting the mission done,” said Brig. Gen. Todd Canterbury, 56th Fighter Wing commander.

Getting fuel to the aircraft more efficiently ensures that the 56th Fighter Wing can continue to train the world’s greatest fighter pilots and combat ready Airmen.

“We’re the first line that [the pilots] need to perform their mission so we understand how impactful that is,” said Gibson. “It is our duty to get them clean, dry, quality fuel every time as fast and efficiently as possible.” 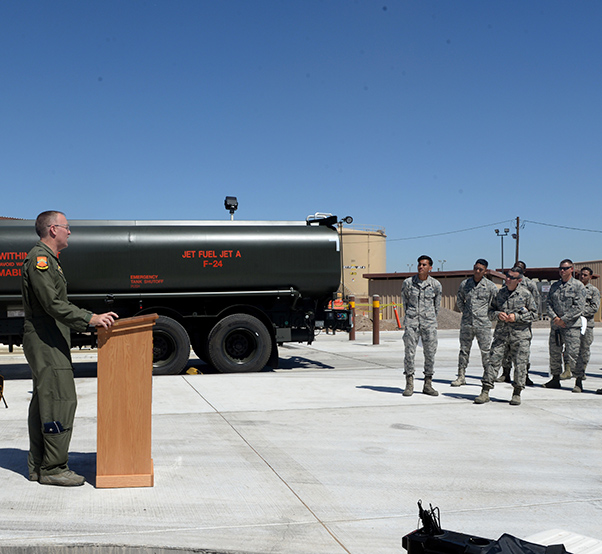