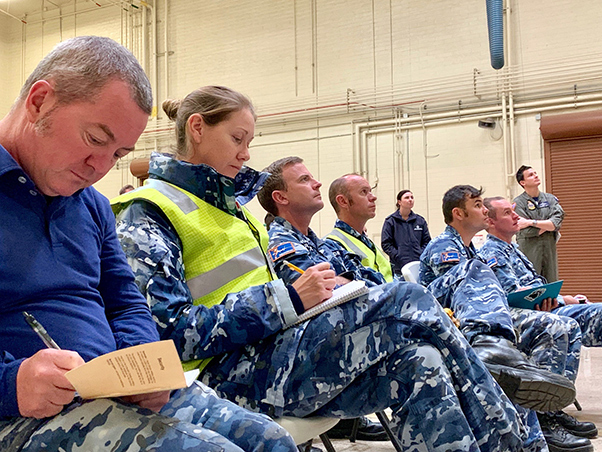 Royal Australian Air Force Airmen listen to a briefing at Luke AFB Ariz., Nov. 28, 2018. The RAAF has been preparing to send their first two RAAF F-35s to Australia.

Two RAAF F-35s, along with a crew of 40 Airmen, are scheduled to start their journey home Dec. 3.

“The team has done a fantastic job in not just preparing the aircraft for the transit, but also coordinating all the supporting assets [such as] refueling aircraft, transport aircraft, logistics in the locations we are staging through etc., to enable a successful ferry,” said RAAF wing commander Darren Clare, No. 3 Squadron commander. “On top of this they have been arranging their own international removals home, so it has been a pretty busy period.”

Although RAAF pilots and Airmen have been training to fly and maintain their F-35s at Luke for the past few years, they have been preparing for their trek home for the past two months. 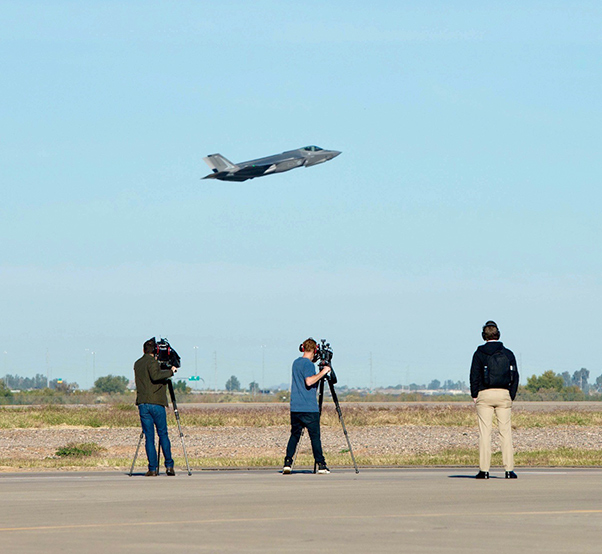 RAAF Flight Sgt. Damian Gardiner, No. 3 Squadron, said over the past months, once the required routine maintenance was completed on the jets, RAAF Airmen have been packing equipment and participating in final training.

Along with RAAF preparation, Australian media has been preparing for the departure and arrival as well. This week four Australian media personnel arrived at Luke to interview Airmen and gather video footage of the F-35s to send home.

Just as many Australians are excited for their new defense aircraft, the pilots are eager to get home as well.

“It will be fantastic to get these jets back in Australia, to start flying and maintaining them in our home environment, and for Australia to see what they are capable of,” said Clare, one of two pilots scheduled to fly the jets home. “Whilst one chapter is ending here at Luke, for some of us, it is really just beginning when we get home.”

Though many are headed home, several RAAF Airmen and pilots will stay at Luke and continue training with the 61st Fighter Squadron. 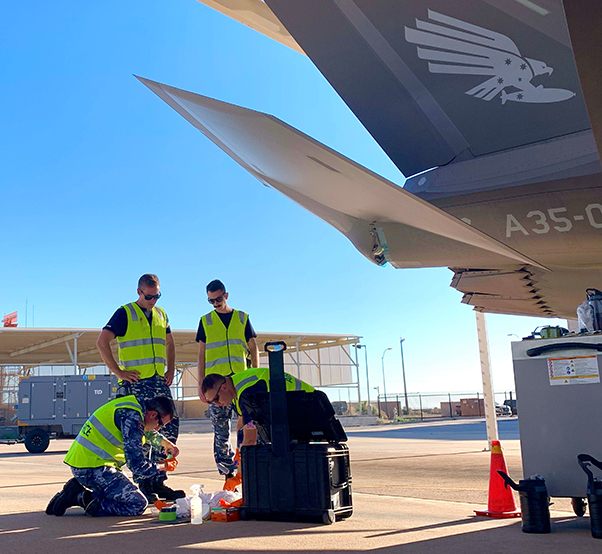