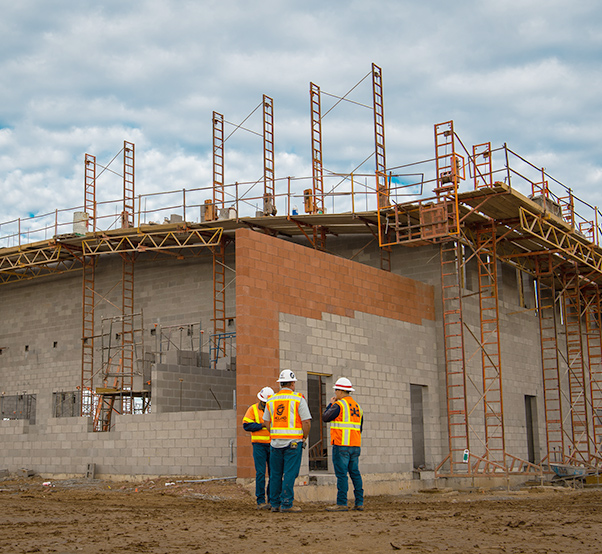 Construction began on a new 56th Communications Squadron building at Luke Air Force Base, Ariz., in March 2018, to allow more space and updated facilities for Airmen.

The new facility is in the beginning phases of construction and scheduled to be operational in March 2020. Once completed, Thunderbolts from CS will move in and expand their capabilities to properly maintain the 56th Fighter Wing’s network security.

“The Communications Squadron is currently spread out in three different buildings,” said Chief Master Sgt. Aaron Sanchez, CS superintendent. “Collocating will improve their communication and support of their customers, the Airmen of Luke.”

Currently, the Airmen of the CS are found in some of the oldest buildings on base, making some aspects of their mission difficult to efficiently carry out. 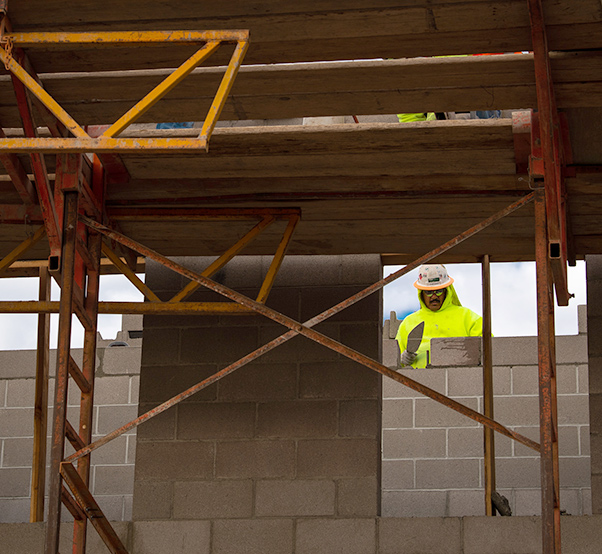 A masonry worker with the Army Corps of Engineers applies grout to concrete blocks, Jan. 14, 2019 at Luke Air Force Base, Ariz. The concrete blocks are making the inner wall of a new 56th Communication Squadron building, which is currently in the beginning phase of construction.

The conditions of the previous facilities kept Airmen from reaching maximum potential. Being physically separated caused a lack of streamlined communication amongst the communications professionals.

The new building will ensure future upgrades to the Luke communication infrastructure are easily implemented and prepared for the ever-changing technology climate.

Oscar Siqueiros, Army Corps of Engineers project manager said things are going smooth and there have been no major delays or concerns.

The new facility increases the capabilities of cyber warfare Airmen to prevent the exploitation of potential vulnerabilities in the base’s network as it trains the world’s greatest fighter pilots and combat-ready Airmen. 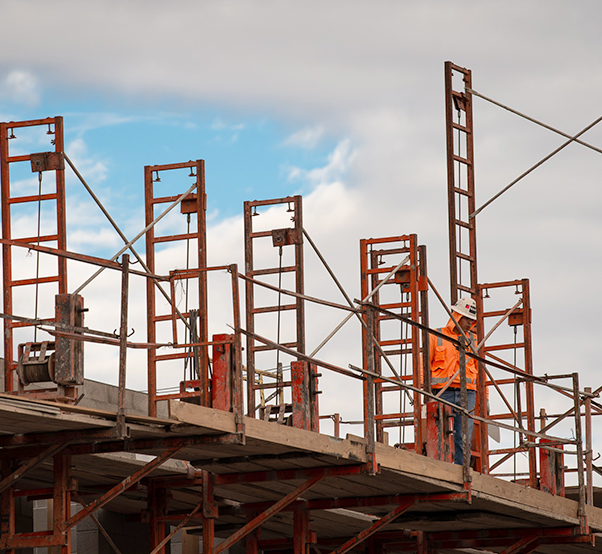 A masonry worker with the Army Corps of Engineers walks across scaffolding on the construction site of the 56th Communications Squadron building, Jan. 14, 2019 at Luke Air Force Base, Ariz. The new building is scheduled to be completed and the squadron is scheduled to move in as soon as March 2020.