Few tasks require as much attention to detail as disarming an explosive device.

EOD uses many tools and technologies including robots, x-ray systems and bomb suits to execute the mission in the most efficient, expeditious and safest way possible. An EOD technician’s daily duties include maintaining flight readiness, training, and supporting mission sets such as operational range clearance, countering and defeating terrorist threats and responding to emergencies on and off base involving explosive devices all while maintaining a high level of physical fitness. 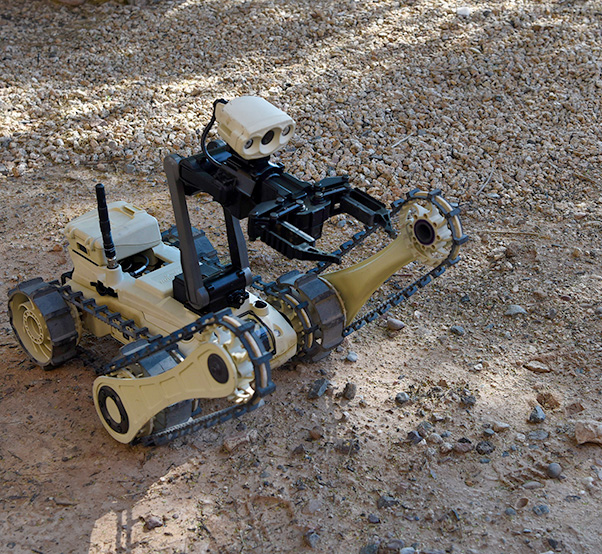 A robot used by 56th Civil Engineer Squadron explosive ordnance disposal technicians sits on display during an event at Luke Air Force Base, Ariz. EOD uses many tools and technologies including robots, x-ray systems and bomb suits to execute the mission in the most efficient, expeditious and safest way possible.

“The EOD training pipeline provides a progressive developmental approach to training in all of our mission sets, beginning with basic explosive concepts and concluding with nuclear dynamics,” Vossah said.

Their motto, “initial success or total failure,” requires them to think outside the box and accept nothing less than perfection when executing their tasks. To maintain the functional performance ability to execute demanding tasks, EOD members are held to stricter fitness standards than the rest of the Air Force. 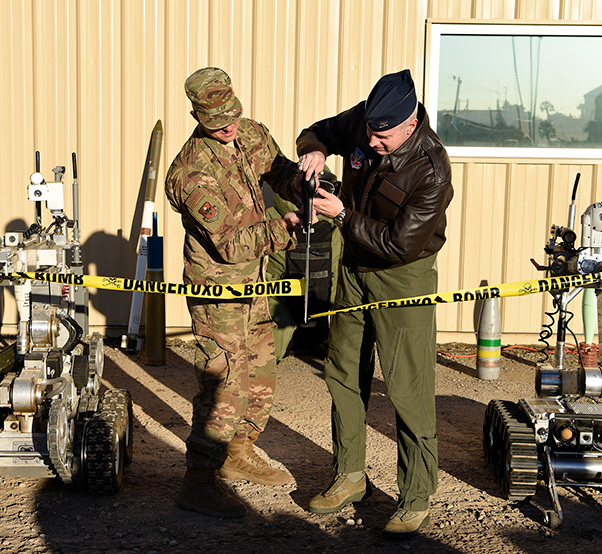