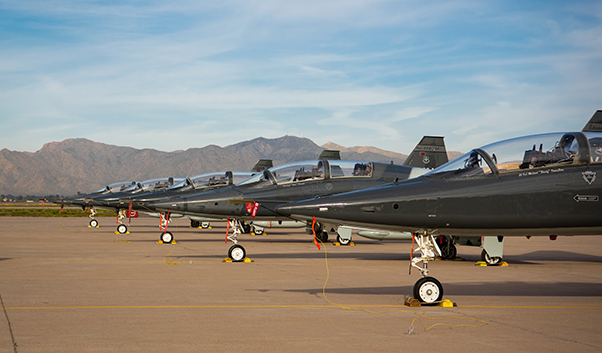 Haboob Havoc is a total force competition where pilots hone their skills in air-to-air and air-to-ground contests as well as build camaraderie and revitalize fighter pilot culture to assist with pilot retention.

This year there were 30 aircraft from a multitude of bases consisting of F-15C Eagles, F-16 Fighting Falcons, A-10 Thunderbolt IIs, and F-35A Lightning IIs for a diverse competition.

“Typical squadrons don’t get to fly dissimilar [operations], so this is a way to practice dog-fighting with someone who isn’t from your squadron and get to see a different aircraft with a completely different performance capability,” said Maj. Alexander Esson, 56th Fighter Wing Chief of weapons and tactics.

Pilots from Luke were selected at the squadron level with the intent of using this opportunity to expose young pilots to new training scenarios.

“Pilots chosen have to be instructor pilots and each squadron is allowed to choose their own competitors,” Esson said. “I recommended to most of the fighter squadron commanders that they choose pilots by whether or not they have had the opportunity to fight dissimilar jets.” 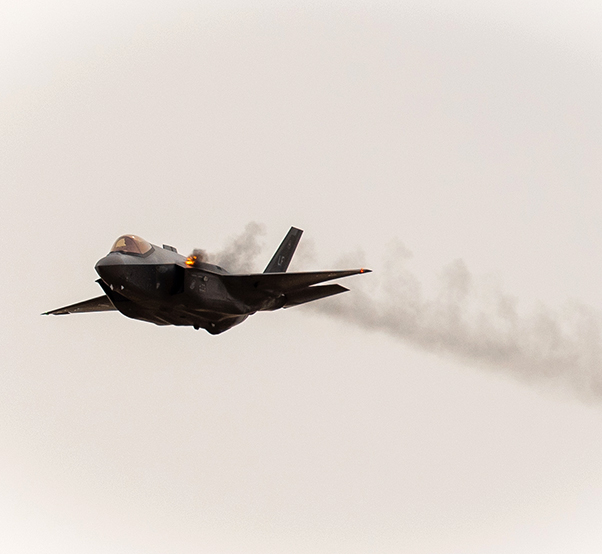 An F-35A Lighting II, assigned to the 62d Fighter Squadron, strafes for the first time during the annual Haboob Havoc competition, March 27, 2019, at the Barry M. Goldwater Range near Gila Bend, Ariz. Haboob Havoc is an annual four-day competition consisting of dog-fighting, strafing, and a golf tournament to help combat the pilot retention crisis by giving the pilots more time to focus on flying.

The 1.7 million acre Barry M. Goldwater Range provides valuable airspace for pilots to compete against one another in basic fighter maneuvers as well as areas for air-to-surface attacks, like strafing, with the best scores earning prizes and admiration in each contest.

“The competition is held on our range, the Barry M. Goldwater Range,” Esson said. “Other units have ranges, but Luke’s has more [capability] than most allowing us the ability to host this competition.”

According to Esson, with the F-35 being the most advanced aircraft in the air, standardization to Haboob Havoc had to be given to even the playing field between them and the legacy aircraft such as the F-16s, F-15s and the A-10s. 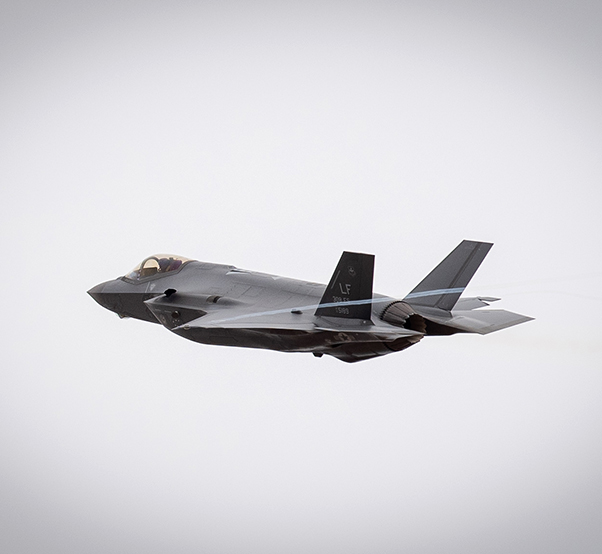 An F-35A Lighting II, assigned to the 62d Fighter Squadron, completes a pass near the control tower, March 27, 2019 at the Barry M. Goldwater Range near Gila Bend, Ariz. The F-35 competed in the strafing pass during Haboob Havoc for the first time this year.

“The T-38 [pilots] are not involved in the competition. The reason we brought them out is because we want these young pilots in training to come and observe our way of life, both the good and the bad,” Esson said. “We gave them [backseat] rides in our F-16s and a lot of simulation time to give them plenty of exposure.”

Events like Haboob Havoc are just one of the many ways the Air Force is working on the pilot retention crisis. Other efforts to remedy the shortage include reducing additional duties, the elimination of non-mission-essential training courses and outsourcing select routine administrative tasks in operational squadrons to give aviators more time to focus on flying. 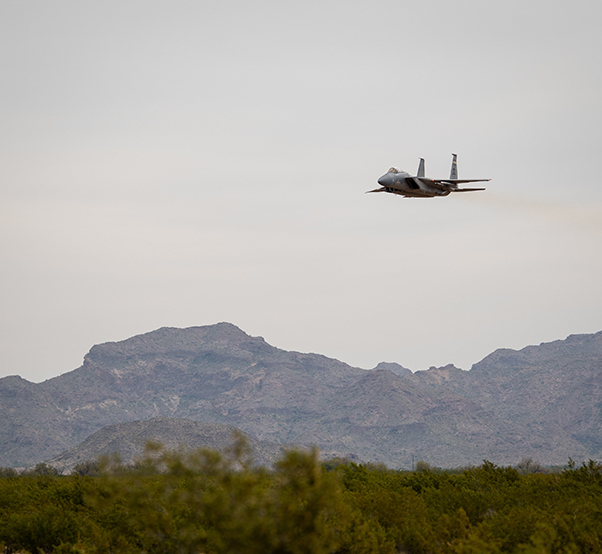 An F-15C Eagle, assigned to the 159th Fighter Wing, stationed at the Naval Air Station Joint Reserve Base New Orleans, La., conducts a low pass during Haboob Havoc, March 27, 2019 at the Barry M. Goldwater Range near Gila Bend, Ariz. Haboob Havoc consists of over 60 different aircraft competing in air to ground competitions to see which aircraft comes out on top. 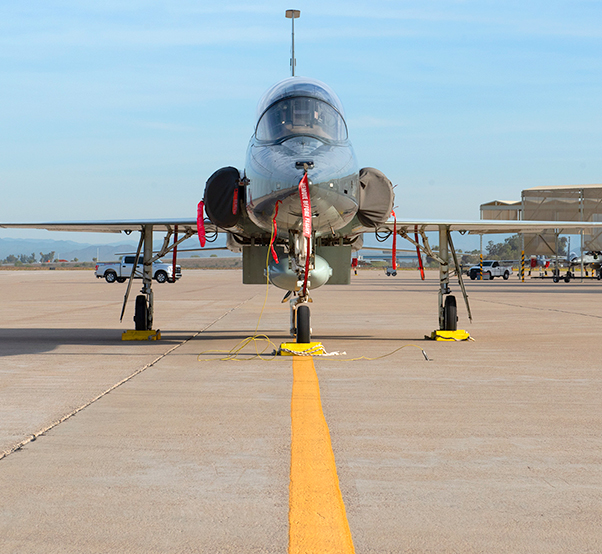 A T-38C Talon, assigned to Vance Air Force Base, Okla., sits on the flightline, March 26, 2019, at Luke Air Force Base, Ariz. The T-38C is one of more than 30 visiting aircraft for the annual Haboob Havoc aerial combat competition held at Luke.