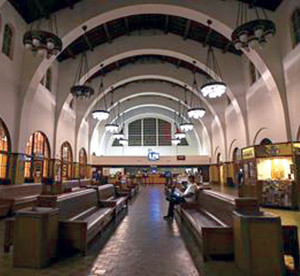 Tech. Sgt. Nadine Barclay, 432nd Wing/432nd Air Expeditionary Wing Public Affairs NCO in charge, took 1st place in the 2015 San Diego Shoot-Off Ken Hackman Challenge Sept. 25-27 in San Diego. She, along with 30 other members of the Department of Defense, received training from top photographers and mentors in the business and then were assigned to capture the theme of ‘service.’

CREECH AIR FORCE BASE, Nev. — Tech. Sgt. Nadine Barclay, 432nd Wing/432nd Air Expeditionary Wing Public Affairs NCO in charge, took first place in the 2015 San Diego Shoot-Off Ken Hackman Challenge Sept. 25-27 in San Diego.
The shoot off was a four-day photography workshop which gathers professional photographers, judges, and mentors to help provide development and training to photographers at all skill levels within the Department of Defense.
Barclay competed against 30 members within the Air Force and Navy to capture the theme of “service” in three to five photos.
“When they announced the theme, everyone kind of groaned because everyone thinks of the military as service which is what we do all the time,” she said. “The reality was we were assigned to shoot anything that was a ‘service’ so I chose transportation services.”
Barclay spent around nine hours riding the San Diego railways looking for her shots, trying to see things differently than she ever had, especially since this was her first time participating in a shoot-off.
“It was really exciting but it was also a lot of hard work and long hours,” she said. “Overall, I had a great experience and it was interesting to see the different perspectives from everyone. For me I tried to take something I didn’t normally see on a day-to-day basis and make it interesting.”
She went on to say the conference was a great networking opportunity because everyone is able to interact with other services, civilians, instructors and mentors.
“Sergeant Barclay beat the odds as only one of two Airmen by competing against 28 other service members from different branches and she soaked up the energy of the workshop and put in long hours,” said Senior Master Sgt. Cecilio Ricardo, 432nd WG/432nd AEW Public Affairs superintendent. “She’s transforming that knowledge and training for our Airmen to strive for excellence in photojournalism; this excellence allows our team to fully communicate how our home station protects our country.”
The San Diego shoot-off is part of a series of workshops hosted throughout the year by the National Association of Naval Photography.