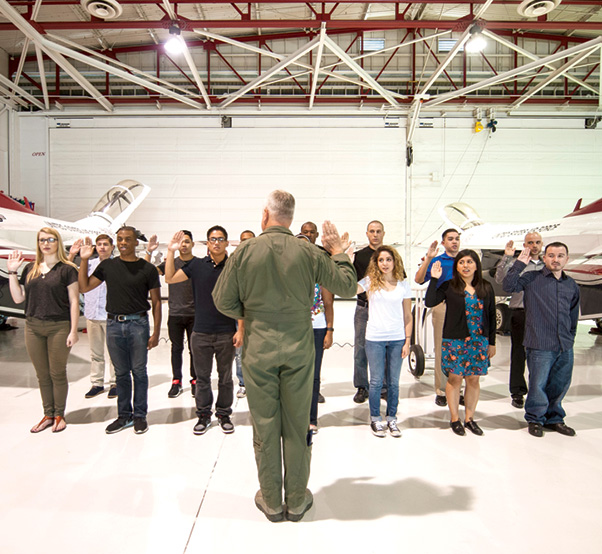 Col. Ross R. Anderson (foreground, center), 926th Wing commander, administers the oath of enlistment to future Airmen of the 926th WG at Thunderbird Hangar on Nellis Air Force Base, Nev., Oct. 9. The 926th WG is headquartered at Nellis AFB and consists of two groups, 12 squadrons and one detachment located across the nation. Through Total Force Integration, reservists are integrated into regular Air Force units, accomplishing the U.S. Air Force Warfare Center and 432nd Wing/432nd Air Expeditionary Wing missions side-by-side regular Air Force personnel on a daily basis. During the swearing-in ceremony, Anderson said “I’m envious of the adventures, challenges, successes and life-events that they are going to experience in their time in the Air Force. They have joined an elite culture, and they get to look forward to working with the best people in the greatest military to have ever existed.”