NELLIS AIR FORCE BASE, Nev. — The Commander’s Inspection Program Implementation Guide published by the Air Force Inspector General describes the “new” Unit Effectiveness Inspection as a “photo album.”
During the two-year UEI window, the Air Combat Command Inspector General takes snapshots and builds a book that is believed to better represent the overall effectiveness of a wing, rather than the brief glimpse that major command inspections used to capture pre-AFIS.
ACC/IG will take the last pictures for photo albums of the 57th Wing, 99th Air Base Wing, and 432nd Wing next week, and Air Force Reserve Command IG will do the same for the 926th Air Reserve Wing. At the same time, they’ll take a couple snapshots of geographically separated units of the 23rd Wing, 53rd Wing, and 505th Combat Control Wing, who also have a significant presence at Nellis AFB.
Another key inspection principle outlined in AFI 90-201, The Air Force Inspection System, is that the MAJCOM IG validates and verifies the wing commander’s inspection program. The Air Force cannot afford to staff the MAJCOM IG with the personnel it needs to do a thorough top-to-bottom scrub, so their snapshots will include looking at the wing’s inspection program and sampling behavior all the way down to the Airman level. They will see if wing CCIP results match their own UEI results.
So what does the 57th Wing photo album look like?
In 13 months every unit has been inspected — four groups, three direct reporting units, 34 squadrons, including 13 GSUs. We used 180 wing Inspectors and borrowed 66 from 16 other wings. They found 208 strengths, 278 areas of improvement, and 433 deficiencies. Here in the 57th Wing IG shop we are extremely proud of the relationships we’ve built with 17 other Wing IG shops. It has definitely been a team effort.
This is what inspectors have found: 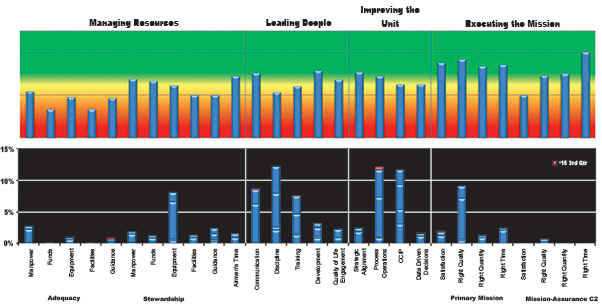 Figure 1. 57th Wing CCIP Inspection Results
More remarkable than the inspection results are the self-assessment results. AFI 90-201 states that self-assessment is the cornerstone of the wing CCIP. Further, it states that the CCIP should “give the Wing Commander, subordinate commanders and wing Airmen the right information at the right time to assess risk, identify areas of improvement, determine root cause and precisely focus limited resources — all aligned with the commander’s priorities
and on the commander’s timeline.”
The heart of the 57th Wing CCIP is the self-assessment program. In the last two years, 57th Wing Airmen have self-assessed 1,464 “observations” of non-compliance, developed corrective action plans, and closed out 315 significant and critical observations for a fix rate of 103 days. Further, recognizing that many of the 57th Wing processes aren’t captured in MICT, we have made “Non-MICT” self-assessments an institutional part of the
wing’s key communication mechanisms.
Group and Direct Reporting Unit Commanders brief their units’ status biweekly utilizing the lens of the four UEI “Major Graded Areas” — Executing the Mission, Managing Resources, Leading People, and Improving the Unit. This accounts for an additional 30 percent of self-assessed observations, with issues ranging from successfully supporting F-35 Initial Operating Capability to how the wing develops the world’s most tactically proficient Airmen.

Figure 2. 57th Wing Non-MICT Self-Assessment Results
Whether derived from self-assessments or inspections, 57th Wing senior leaders are armed perpetually with a “to-do list.” We literally have hundreds of things to fix.
One of the most significant reasons for these shortfalls is our operations tempo and workload.
Identifying all these issues further absorbs Airmen’s capacity, which begs the question, “Did we really identify everything?” This is why ACC/IG’s UEI Capstone next week is crucial. They will let us know if we have blind spots. The more blind spots we have, the more we can learn and tweak our CCIP. The less we have, the more time they can spend validating our assessments and campaigning to get the resources we need to resolve our top issues.
Either way, it’s a win-win.