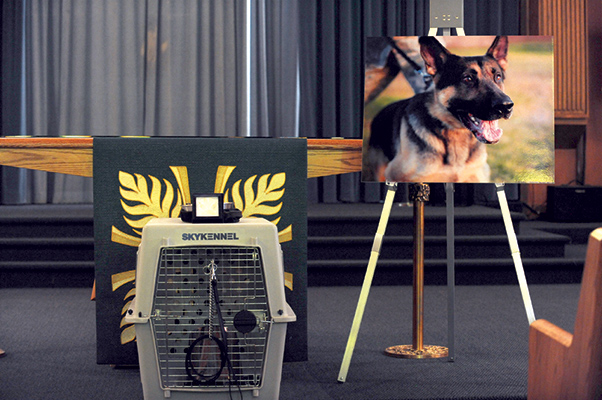 A kennel with a paw imprint, water bowl and photograph of Military Working Dog Mike were put on display during a memorial service Jan. 28 at the base chapel on Nellis Air Force Base. The memorial service was held in honor of MWD Mike, who passed away from medical complications Jan 11. Attendees included 99th Security Forces Squadron members and 99th Air Base Wing commander Richard Boutwell who paid their respects to their fallen partner.