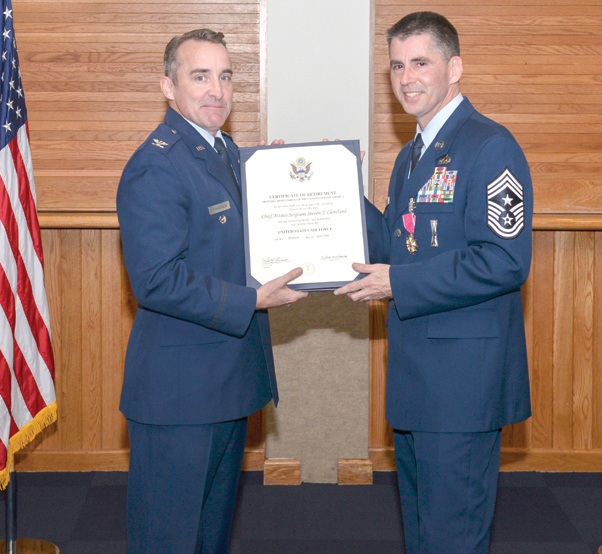 Chief Master Sergeant Steven J. Cleveland, 99th Air Base Wing command chief master sergeant, is presented a Certificate of Retirement by Col. (Ret) Robert Ramsden Feb. 5, at Nellis Air Force Base, Nev. Cleveland is a native of Owasso, Okla., and entered the Air Force in April 1986. His background is in aircraft maintenance and intelligence at various levels. His assignments include bases in Virginia, Arizona, Arkansas, Colorado, Florida, Ohio, Oklahoma, Republic of Korea, South Carolina, Texas and the United Kingdom.

Airmen ‘hoop it up’ at Warrior Fitness Center