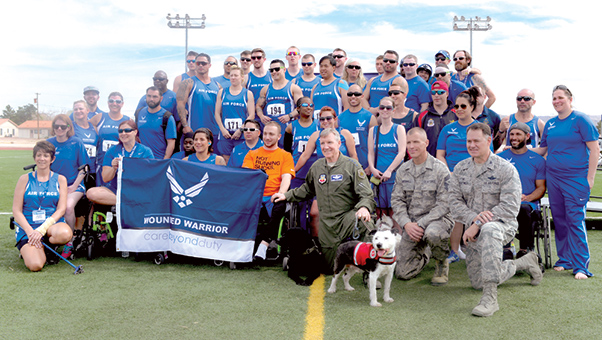 General Hawk Carlisle, (center) commander of Air Combat Command, poses with athletes from both the Air Force Team and Team Australia during the track and field event at the 2016 Air Force Wounded Warrior Trials at Nellis Air Force Base, Nev., Mar. 1. The Trials are an adaptive sports event designed to promote the mental and physical well-being of seriously ill and injured military members and veterans.