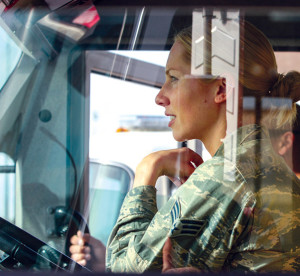 NELLIS AIR FORCE BASE, Nev. — Throughout history, women have always fought an uphill battle. In many countries throughout the world, women are regarded in most scenarios as though they are not even present.

Over the years, women have fought to have the same rights as men and to receive the same amount of respect from their fellow peers.

In the military, many jobs have now been opened to females that previously were only open to men. In the United States Army, the first two females in history completed the Ranger course and breaking this barrier will drive more women to strive for similar goals.

“Women’s history month lets people remember and appreciate the women who have overcome many hard obstacles throughout life,” said Senior Airman Malinda Marr, 823rd Maintenance Squadron chaplain volunteer. “It also provides inspiration to the women today to dream big and the determination to never give up.”

In recent Air Force news, Gen. Lori J. Robinson was named commander for U.S. Northern Command to be confirmed by the Senate. If she is selected, she will be the first woman to lead a U.S. combatant command which proves women can lead at the highest level.

“Women in the Air Force continue to pave the way for those who follow,” said Chaplain (Maj.) Tammy Cookson, 99th ABW chaplain. “I am grateful for the women who served before me and opened doors of opportunity. I am encouraged by the young women who are just entering the service. We women find fulfillment in serving our country and leading the way in our respective disciplines. We exemplify perseverance and courage.”

During World War II, the creation of the Women’s Army Corps propelled women into military history. Over 350,000 women joined the WAC where they worked in over 200 non-combat jobs where they provided support for the war overseas.

“Thanks to brilliant, fearless women, today more than 200,000 women are serving our country in just about every role and rank,” said Michelle Obama, first lady to the president of the United States. “They are flying fighter jets, training new recruits, they’re graduating Army Ranger School, and I met those graduates. They are awesome, fierce. And as you’ve already heard, they will soon be welcome in every combat unit in our armed forces.” 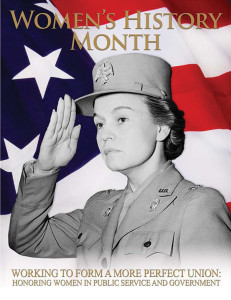 In today’s active duty Air Force, over 60,000 women provide military support to all spectrums of the military. From working in the shadows of war, women today are now able to go head first into the battle where they strive to reach equality with men.