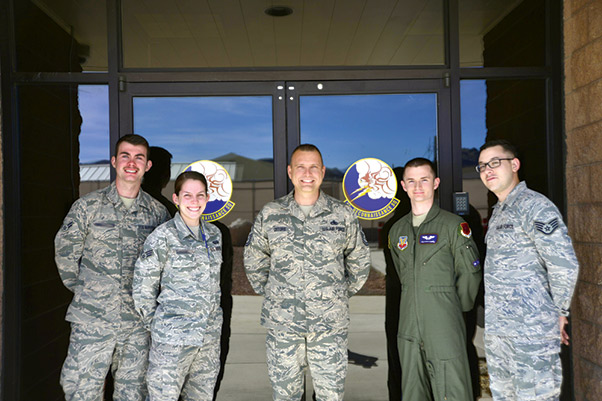 Ditore met with a sensor operator, geospatial intelligence targeteer, mission support analysts (MSA), and a squadron aviation resource manager (SARM) during his visit and each Airman explained the ins and outs of their daily duties.

“Visiting the squadrons gives me an opportunity to get to know these outstanding Airmen and really see up close and personal what it is they need to get their jobs done so I can serve them better in my capacity,” the chief said.

To gain a better understanding of the 22nd RS responsibilities, Airmen briefed the chief on job tasks, squadron unique methods, and how each career field plays into accomplishing the mission. 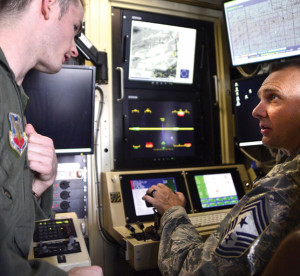 “We all showed the chief how we do our jobs on a daily basis,” said Senior Airman Jacob, 22nd RS MQ-9 sensor operator. “For me, I showed him the area of responsibility [for RPA mission] and the unique tools that we use specific to our squadron apart from some of the others.”

“As a crew chief, I’m familiar with working with the SARM office but it was awesome to see behind the scenes of how Creech is different,” Ditore said. “These Airmen make sure the aircrew can fly to support the downrange mission.”

The chief went on to say he wants to learn about the ‘nitty gritty’ details of the Airmen’s jobs while ensuring the Airmen truly understand how important they are to the mission and the nation’s security. 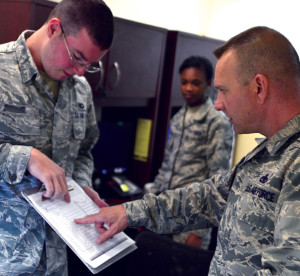 The visit not only helped the chief get a better understanding, but also provided benefits to the Airmen involved as well.

“Not only did chief ask us things about our jobs, but he also checked to see how we were doing on a personal level,” said Senior Airman Nicole, 22nd RS MSA. “He actively listened, asked questions and really cared about what we do and how we’re doing.”

For one Airman this gesture made a difference. Staff Sgt. Andrew, 22nd RS geospatial intelligence targeteer, expressed that it’s always great to see leadership come out to remind the Airmen that they are on their minds.
“I just love to get out and spend some time with these great American Airmen and see the amazing things they do each and every day,” Ditore said.