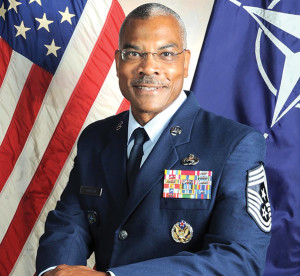 NORFOLK, Va. — We were all created different. We think differently, perceive things differently and interpret success and failure through very different lenses.

At each person’s unique period in life, they begin to look back, wondering if they truly made a difference.

For many, that difference can only be defined by one’s self, regardless of achievements, big or small. The “should have,” “could have” and “would have” perspectives sometimes occupy our thoughts. During this sometimes lonesome period, even the highest achievers and strongest leaders also go through a period of introspection. Introspection has such a powerful impact on a person’s life, not just the wise, but everyone — even our lowest ranking Airmen or family members — all have stories awaiting the best seller’s list. As our great Air Force Chief of Staff Gen. Mark A. Welsh III has said, “Every Airman has a story.”

Over my 53 continuous years with the Air Force, first as the son of a great senior NCO, and now as the longest serving enlisted Airman on active duty, to which I owe Welsh and Chief Master Sgt. of the Air Force James A. Cody my deepest gratitude, I’ve seen a lot of historic advances. It is through my own personal and professional introspection that I see many of our Air Force’s greatest attributes of yesteryear and today being centered on its promises to the American public, sometimes despite tremendous odds. Through the diligence and dedication of our total force, we have always been successful.

Those attributes and/or actions developed during the 1960s and 1970s, in my view, were about building our force with the best sustainable force to fight the current and future wars. We addressed warfighting, sustainment, readiness, quality of life and training and education, with the strategy to win indecisively. Not one Airman, nor his or her family members, was not aware of what alert status we were in, whether they were overseas or stateside, in church service or at a base matinee — they knew!

The 1980s and 1990s brought significant change, paved by all those professional service members serving before us and some with us today. The Berlin Wall came down and America began to reinvest precious assets elsewhere, sometimes contrary to the advice of senior Air Force leaders. History will determine if that calculus was right, but our Air Force never took its eyes off of America, Americans, or American interest, as witnessed in the multitude of named and unnamed operations, campaigns and task forces. We perfected the art of an expeditionary force with our speed, agility, flexibility and responsiveness being second to none. Our battle dress uniform was often mistaken for other services back then, but our objectives were successful and our honor remained humble to the American people.

Today’s Airmen are well versed on the contribution of being an expeditionary Airman, and so are their families. Former Air Force Chief of Staff Gen. “Norty” Schwartz once said, “The importance of an Airman is not measured by their proximity to the target.” That said, every Airman in the total force is important in today’s fight and so are their families. The adversaries today believe they enjoy something more challenging than experienced by our forefathers and that is asymmetrical surprise, cheap cyber-attacks, strategic communications and hybrid warfare. Those adversaries have not read the last word of our motto — win, and in order to do this we must never forget that every Airman is important and every talent is needed.

One of our greatest focuses today is on our weapon system … our human capital. Although transparent to some, tremendous efforts have been underway by our leaders in addressing fair and impartial inclusion, leveraging cultural strengths in specialties while balancing the force through gender and racial initiatives to name just a few — all are solution and results focused. There are no smoking guns and leaders are transparent in saying we have much work to do. We are a reflection of the citizens we serve, and honing in on all talent, regardless of what you look like, are vital to remaining the world’s greatest Air Force.

Looking back over the past several decades, we’ve grown as an Air Force, unmatched by no other. As an American Airman, whose introspect has made him a better person, I am mindful of the great opportunities my Air Force has given me, because through opportunities came success for me and the Airmen I stand side by side with! Aim high … fly, fight and win!