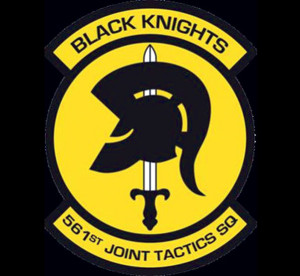 NELLIS AIR FORCE BASE, Nev. — Lt. Col. Donald R. Baucom was quoted saying in a 1981 Air University Review article: “It may be said that warfare has acquired a new phase—technological war. In the past, research and development were only preparation for the final and decisive testing of new systems in battle. Today, the kind and quality of systems which a nation develops can decide the battle in advance and make the final conflict a mere formality—or can bypass conflict altogether.”

This statement that rings true 35 years later as technology plays more of a vital role in today’s warfare than it ever has in the past. The success in future warfare conflicts depends largely on how quickly and effectively different technologies can be implemented in the battlefield.

There has never been an Air Force-wide tactics messaging system, so the 561st JTS developed AFTR to be a solution to overcome weapon system or community stove-piping.

“Our solution is a dynamic, tailorable tactics database with similar search and build capabilities to a Google/Amazon combined tactics portal with all tactics from every weapon system, to include the newest tactics, incorporated as they are published,” said Col. Deanna Violette, 561st JTS commander. “This data will replicate efforts found in the business sector to utilize organizational knowledge to maintain a competitive advantage.”

The system allows timely and accurate dissemination of information to the warfighter and in the process help save Air Force valuable resources.

“It’s a great innovative tool that allows folks to learn the lessons that other communities or organizations have learned already, therefore, they are not using resources to re-learn lessons or as we would call it ‘lessons observed, not learned’,” said Violette. “There is significant savings in resources alone just in the capture of the innovative idea in allowing that to be disseminated across the entire Air Force.

“That knowledge base is now shared across entire communities and entire tactical level warfighters rather than just by word of mouth or luck, or just being in the right distribution for information. A group may entirely miss the distribution the way we have it set up right now. AFTR ensures that the information gets from the source, i.e., weapons school and test group, all the way down to each individual warfighter through their weapons officer and through already existing dissemination processes. We are ensuring that the information gets into those conduits.”

AFTR provides additional benefits other than combining all up-to-date tactics information into one source.

“The other benefit of AFTR is it serves as dissemination tool hosted on the Air Force’s premier tactics portal. It has all the tactics combined in that one portal, then units that are looking at a specific tactic can also see what else is out there for all the other Mission Design Series. If something is applicable to them that somebody else is doing, they can pull that into their cross-check as well,” said Lt. Col. William Burns, 561st JTS director of operations and F-15E SME.

AFTR will be hosted on the 561st JTS website on the front page and will provide an opportunity for tactics cross talk just by simply going to the website.

The website is Common Access Card enabled and users can filter by content type, tactical operations category and/or MDS. When users sign up for alerts, they can choose a custom delivery option that pushes individual tactics notifications or daily or weekly summaries.

The 561st JTS looks to advance the tactics portal further in hopes of the portal becoming the first place Airmen go for tactics.

“This is just our first step in connecting Airmen to tactics,” said Violette. “This piece is a dissemination piece, we are looking to bring our entire site to be the tactics portal for the Air Force. That means everything that is tactically happening across the Air Force will feed into our tactics portal and be available to every warfighter.

“We have hired a web master and a database manger to build the front and back end of a very user-friendly, searchable, accessible and active architecture for our warfighter. That timeline we anticipate to be within a year. The first step is to beta test this dissemination method and access here at the Nellis enterprise. Once we get all the bugs out and make sure that it is flowing well, is user friendly and valuable to the warfighter then we will roll it out Air Force wide.”

The 561st JTS expects big things from AFTR, primarily the opportunity to give the warfighter a major advantage in the access of information to the latest tactics.

“Our vision is that it’ll have a user friendly front end customer interface with a robust back end data management solution. This database will be combined with our tactics read files as part of the 561st JTS strategy, where we ‘Connect Airmen to Tactics’,” said Violette. “We are leveraging the fifth generation Airmen and the tech savvy capabilities that they bring to our Air Force in order to enhance the warfighters capabilities down range.”

To connect to the AFTR Library use the button located at the top of the 561st JTS Intelshare site http://intelshare.intelink.gov/sites/561jts/.