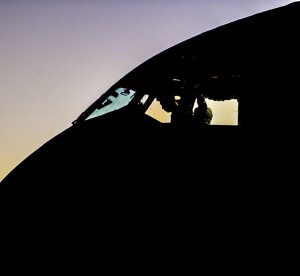 NELLIS AIR FORCE BASE, Nev. — Since its maiden flight in 1991, the C-17 Globemaster III has served as the most reliable and maintainable cargo aircraft in the U. S. Air Force arsenal with the ability of rapid and strategic cargo and troop delivery.

During Red Flag 16-3, the 437th Airlift Wing, Joint Base Charleston, South Carolina, uses the training provided at Nellis Air Force Base to integrate pilots, crew members, and intelligence Airmen with other the other players participating to become more mission ready.

“At Red Flag, the mission of the C-17 is to insert either cargo or troops to support follow-on missions,” said Capt. John Wendler, 16th Airlift Squadron weapons officer. “The C-17 is unique in the ability that it can rapidly deploy anywhere in the world. We have a lot of fuel and capabilities that can make us very lethal when it comes to delivering cargo, equipment and personnel to that combat support.

“Traditionally cargo and equipment is moved via boats, trucks or smaller aircraft. The C-17 is unique because it can do direct delivery. Basically we can go from the states all the way over to the combat zone, like Afghanistan or Iraq directly and accomplish our mission by inserting those forces and combat equipment,” Wendler said.

Throughout Red Flag 16-3, the unit from JB Charleston integrates the many cargo capabilities of the C-17 with other airframes and branches of service to accomplish its goals. 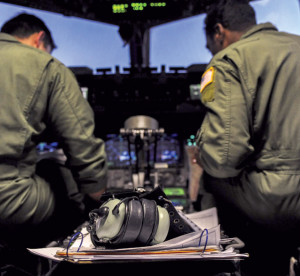 “What we’ve been doing here is a little on the smaller or micro scale, we usually take off and fit into the strike-and-Suppression of Enemy Air Defenses (SEAD) portion of the mission,” said Wendler. “So striker and faster movers pushing in first, and then we ingress at low altitude where were not going to be exposed by enemy assets, enemy red air or strategic missiles. Once we get into the target area, we either do a strategic landing on a dirt landing zone or a parachute drop where we’re putting jumpers under canopy at those target locations.”

When planning and executing these missions, the ability to coordinate with all of the different players that partake in a multi-branch, large-scale exercise such as Red Flag is what is most valuable for C-17 aircrews.

“The biggest thing from a pilot’s perspective is the integration with all the ‘blue’ air players,” said Wendler. “We get to learn about what their capabilities are, what their limitations are and then we get to figure out how we fit into this fight because every mission changes from day-to-day. We may be doing one mission set on Monday, and then on Wednesday it’s completely different.”

Not only does Red Flag offer the opportunity to collaborate with multiple airframes valuable for pilots, but for members of the crew the exercise offers a whole other set lessons.

“In the back of the C-17 we deal with users, and for Red Flag we’ve had a lot of static-line jumpers and we’ve inserted them into the basic field,” said Senior Airman Ashley Igalo, 14th Airlift Squadron loadmaster. “We’re also capable of rapid on-loads, where we’ll land and pickup vehicles and troops during one period of darkness. Its great training to be able to get experience that.” 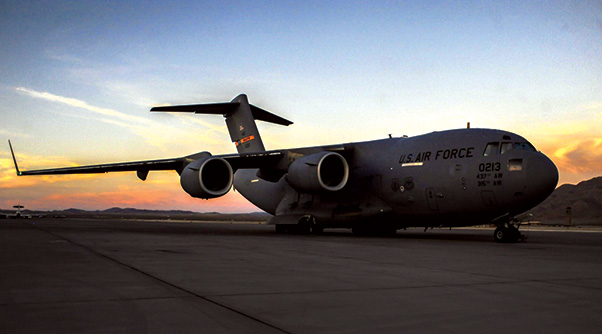 A C-17, assigned to the 437th Airlift Wing, Joint Base Charleston, S.C., sits on the runway before take-off during Red Flag 16-3 at Nellis Air Force Base, Nev., July 20. Red Flag provides an opportunity for aircrew and military aircraft to enhance their tactical operational skills alongside military aircraft from coalition forces.

Not only do they gain experience, but learning to work with each other to accomplish the mission is a valuable skill that Red Flag provides the air crew.

With the ability to give pilots and crews influential training, not only within their own squadron but with the rest of the Air Force’s airframes, one aspect that is often overlooked is the intelligence angle behind the missions of Red Flag. 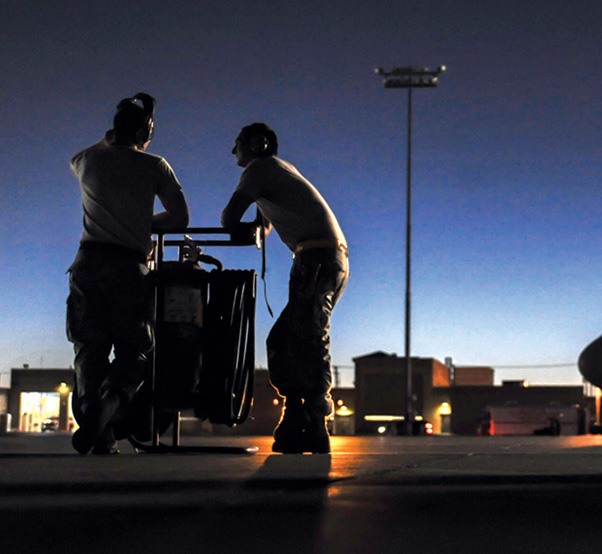 Red Flag grants Intelligence personnel here the same valuable tool that it does pilots: the ability to integrate with multiple platforms in order to train to accomplish a larger mission.

“Getting to integrate with intelligence Airmen from cyber, space, and intelligence, surveillance, and reconnaissance (ISR) backgrounds sharpens our ability to accomplish our primary mission, to successfully deliver forces on time and on target in high threat environments, said Wedge.

With all of these different aspects, pilots, crew and intelligence, gaining high level training at the same time, it serves as a great chance to study and grow in order to accomplish the mission more effectively.

“The opportunity to learn and see how we fit, and then optimize and use those things that we’ve learned in the fight when we’re kicking down the door for real is something that we can’t do anywhere else,” said Wendler.