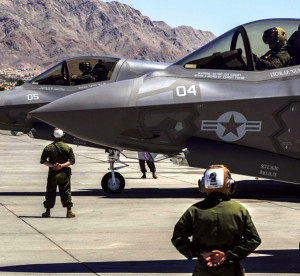 With the Marine Corps bringing this multi-role, next generation fighter, this year’s third iteration of Red Flag marks a historic moment in the Air Force’s premier air combat training exercise.

Working with multiple branches, the F-35B, assigned to the Marine Fighter Attack Squadron 121, which is part of 3rd Marine Aircraft Wing and based out of Marine Corps Air Station Yuma, Arizona, will be an intricate part of the demanding exercise that provides aircrews with multiple and intense air combat sorties in a controlled training environment.

“Red Flag is a military integration, getting to work hand-in-hand with the Air Force, Navy, and Army that are all out here,” said U.S. Marine Corps Sgt. Jason Gilbert, VMFA-121 mechanic. “Just bringing all of the U.S.’s combat air forces together to show we are one team, one fight. We can get this done.”

Since the F-35 program is operational and rapidly accelerating the opportunity to work in a joint environment is a valuable aspect of this Red Flag for the Marines, as well as their only opportunity before being based at Marine Corps Air Station in Iwakuni, Japan.

The training provided during Red Flag has been a smooth endeavor with the Marine pilots and maintainers eager to take full advantage of the opportunity. 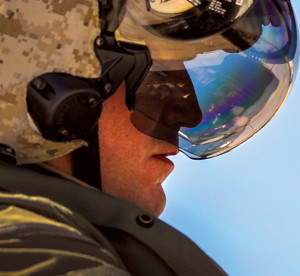 “I think it’s a very fortunate opportunity for the Marine Corps to be a big player in this Red Flag with the F-35s,” said Gilbert. “It gives our pilots the opportunity to show the F-35 is the best jet out here. The Air Force works a lot like the Marine Corps, so participating in Red Flag has been pretty smooth.”

With this participation in Red Flag it is an opportunity for the Marines to showcase the differences of the F-35B from legacy Air Force tactical fighter fleets with its air-to-air and air-to-ground capabilities.

“The difference between the Marine F-35 and the Air Force F-35 is that the Air Force version does conventional takeoffs and landings whereas the Marine Corp F-35 has the ability to do a short take off and a vertical landing,” said Gilbert.

This capability of being able to land vertically grants the Marine fighters unique abilities that the other models of the F-35 don’t have.

“The vertical landing and takeoff not only give the opportunity to base ourselves on amphibious ships, but also expediting sites that we can construct and conventional aircraft cannot use,” said Walsh. 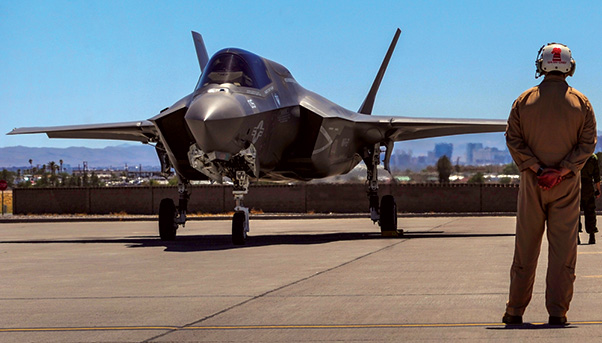 With the F-35 becoming a linchpin for future coalition operations, the chance to bring the air frame to Red Flag and participate in a multiservice exercise has proven to be a valuable one for the Marine fighter unit.

“This Red Flag has been a huge success for our Marines,” said Walsh. “We look forward to the upcoming weeks and showcasing the capabilities of our airframe.”