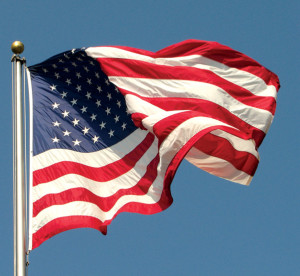 NELLIS AIR FORCE BASE, Nev. — Typically around 6:30 a.m., on my way to work, I usually have the radio off and window cracked in anticipation for Reveille to play.

There are certain protocols that are to be followed during the playing of the music.

Air Force Instruction 34-1201, Protocol Services, outlines the origin of the music and rendering the proper respect to the U.S. Flag.

Reveille and Retreat are both military bugle calls that originate from the French military and date back to the crusades. Reveille signified the beginning of the day and retreat was played at sunset to notify Soldiers to return to their quarters.

Bugle calls were used to signal specific actions on the battlefield. In 1867, the U.S. Army standardized the use of bugle calls to eliminate confusion experienced by the Union Army during the Civil War.

What is the proper protocol when Reveille, Retreat, and the National Anthem are played? AFI 34-1201 clearly outlines what personnel, both military and civilian, in or out of uniform, are to do.

It is the duty of military and civilian personnel to show respect for the raising and lowering of the U.S. Flag on an Air Force installation.

For Reveille, Nellis does not play, “To the Color”, however, the flag is raised (in motion) during Reveille. Therefore, we must treat Reveille with the same honors as, “To the Color”, (face the flag, if visible, or the sound of the music and render a salute).

In short, during Reveille we salute; during Retreat we stand at parade rest; during the National Anthem we salute, all while facing the flag, or the sound of music if you don’t see the flag.

If you are in a vehicle, AFI 34-1201, paragraph 8.1.6.2. states “during reveille or retreat, pull the car to the side of the road and stop. All occupants sit quietly at attention until the last note of, “To the Color” (at Nellis, during Reveille) or the National Anthem is played or the flag is fully raised or lowered.

Let’s show the U.S. Flag the respect it rightly deserves.