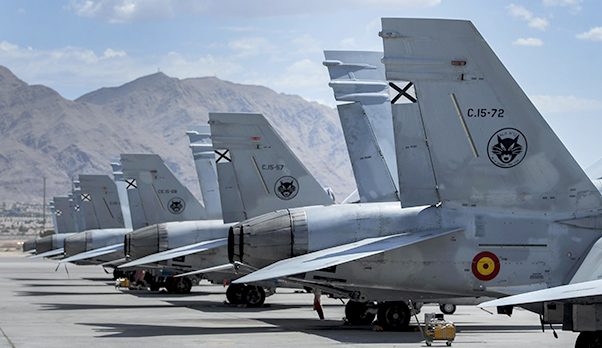 Spanish air force EF-18Ms sit on the runway at Nellis Air Force Base, Nev. during Red Flag 16-4, Aug. 17, 2016. Red Flag was established in 1975 as one of the initiatives directed by General Robert J. Dixon, then commander of Tactical Air Command, to better prepare our forces for combat.

Since its inception in 1975, Red Flag has served as the pinnacle of air-to-air combat training for the United States Air Force and its allies.

For the Spanish air force, Red Flag 16-4 has been the perfect avenue to receive the best training for their aircrews and support personnel, as well as an avenue for overcoming unique challenges that aren’t always experienced in European exercises.

“With most of our experience coming from European exercises, we have mostly a European outlook,” said Capt. Dario Perez, Spanish air force EF-18M pilot. “Working with the United States Air Force aircraft and its allies serves as a great chance to train in a non-European venue, and broaden our views.”

In order to expand their views, communication between allies can be a challenge for Spanish air forces, but at Red Flag this has turned out to not be a roadblock. 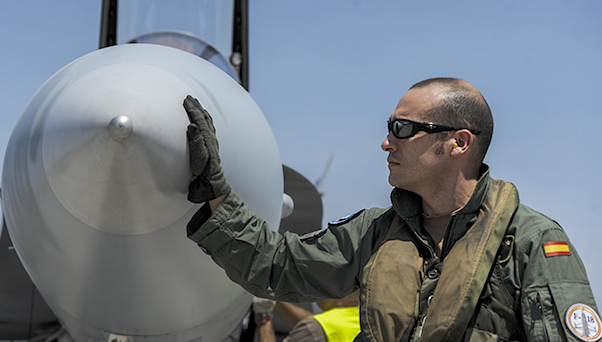 A Spanish air force pilot performs preflight checks of an EF-18M on the runway at Nellis Air Force Base, Nev., before participating in Red Flag 16-4, Aug. 17, 2016. Red Flag is one of a series of advanced training programs administered by the U.S. Air Force Warfare Center.

“As we are standardized with NATO everyone speaks the same language while we train,” said Capt. Esteve Ferran, Spanish air force pilot. “With the NATO documents we use, everyone is on the same page and on the same sheet of music at all times. Like last time we were here in 2008 the exercise proved to be difficult at first, but once we got rolling it was excellent.”

“While the Red Flag exercise here is similar to the exercises that we encounter in Europe, the surface-to-air threats that are part of Red Flag are top notch and always serve as a challenge,” said Perez.

While the surface-to-air threats that pilots face here at Red Flag 16-4 serve as a valuable aspect of training, they aren’t the only facet of Red Flag that is valuable for aircrews. 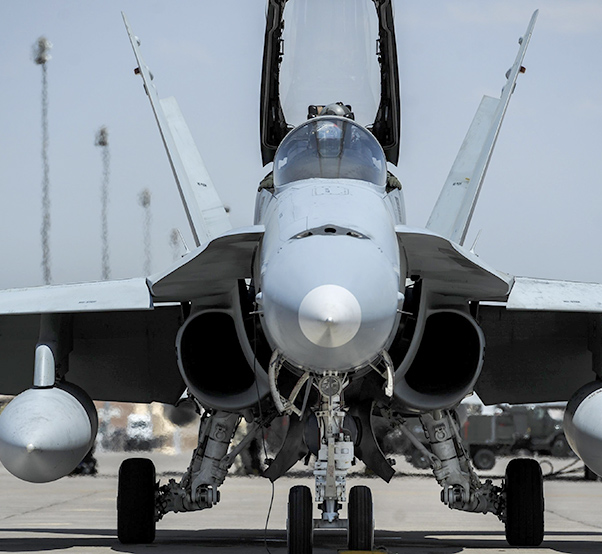 “Tactically speaking, the surface-to-air threats are top notch,” said Ferran. “Also, the ability to use live ordinances in training is something that we don’t always get access to when we participate in European exercises.”

With all of these benefits of Red Flag’s training there are also multiple challenges that aircrews have had to face.

“One of the most difficult things about this exercise has been the act of deploying all of our assets here,” said Ferran. “It has been difficult, and staging out of Nellis was the first challenge we faced. Then, the night operations of Red Flag have also been a challenge. There is a nine hour difference between the time zones and so when we finish operations we then have briefings at 3 a.m. It gets tiring and becomes a challenge and is something that we don’t see in European exercises.”

While these challenges, coupled with the tests of the monsoon weather that Las Vegas has brought to Red Flag 16-4, have presented Spanish air force with obstacles, they haven’t stopped pilots and aircrews from overcoming them. 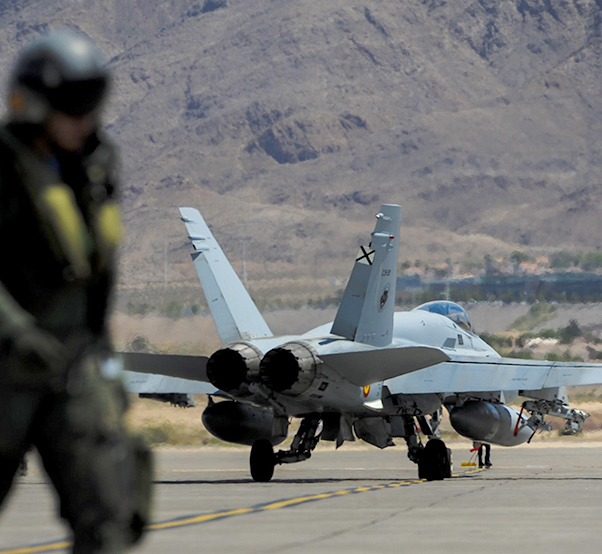 A Spanish air force EF-18M taxis down the runway before participating in Red Flag 16-4 at Nellis Air Force Base, Nev., Aug. 17, 2016. Flying units from around the globe deploy to Nellis AFB to participate in Red Flag, where it is held four times a year and organized by the 414th Combat Training Squadron.

Taking these obstacles in stride, the Spanish air force has used one of the premier air-to-air exercises that the Air Force offers to gain excellent training experience for aircrews.