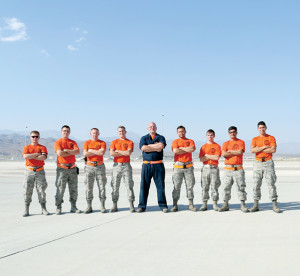 Tiger AMU is the last active duty squadron maintaining the MQ-1 Predator and has started transitioning to the MQ-9 Reaper to meet current and future warfighter requirements.

“Today, Tiger AMU launched an MQ-9 out of the unit for the first-time ever,” said Lt. Col. Mackenzie, 432nd AMXS commander. “It’s very exciting for us, as we look to the sunset of the MQ-1 and move toward the future [with the transition to only MQ-9s].”

The launch signifies an enhancement to the Air Force’s mission capabilities and also marks an important milestone in Creech’s history.

Tiger AMU has maintained the MQ-1 Predator since the early 2000s when it was first weaponized to provide armed reconnaissance.

“The MQ-9 is the latest and greatest. We will continue to invest in it because of the greater capabilities that it brings to the fight,” said Mackenzie.

The demand for the MQ-9’s increased payload and enhanced capabilities was made apparent in recent years as mission sets adapted to meet combatant commanders’ objectives. 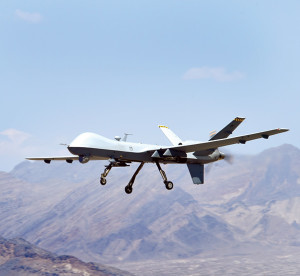 The transition has pleased leadership, aircrew and maintainers. “I’m excited to transition away from the MQ-1 because it’s more of a dinosaur compared to the MQ-9,” said Staff Sgt. Eric, 432nd AMXS MQ-9 dedicated crew chief. “On an MQ-9 the payload is bigger, it’s easier to work on, and it’s more reliable and resilient.”

No matter how the mission evolves, the men and women of the 432nd AMXS agree that what they do makes a difference for our deployed service members.

“When I returned from downrange, the one thing that I’ve heard is sometimes the warfighters on the ground sleep better knowing that they have an MQ-9 overhead,” said Chief Master Sgt. Aaron, 432nd AMXS superintendent. “Having that MQ-9 overhead brings peace of mind to our brothers and sisters in arms. We can see them and we have their back.”

Units at Creech serve as the backbone and warfighting core of the United States Air Force as they bring the fight to America’s enemies 24/7/365 by providing dominant persistent attack and reconnaissance for our nation and coalition partners.