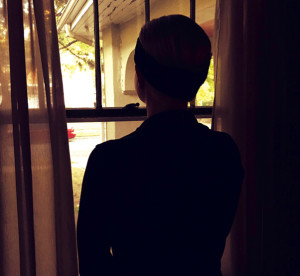 Domestic Violence Awareness Month, observed in October, was established to raise awareness and reduce the numbers of those abused.

MCCONNELL AIR FORCE BASE, Kan.—October is Domestic Violence Awareness Month. In observance of this, this article discusses one citizen Airman’s experience to shed light on this issue.

“I swear I would never have hit anyone, but her …”

As I sat in our couple’s therapist’s office, my husband spoke the words that would one day become his motto. Statements were often preceded with, “I’ve never hit anyone,” or “This wouldn’t have happened if you had just …”

This was my life for more than two years. We had known each other since 2010. The abuse didn’t start until a year after marrying in 2012, after I confronted him about an infidelity. Looking back on that first incident, I still think it was my fault. He had told me he wanted to leave, stay with a friend that night, but I thought we should talk it out. My insistence on discussion led to being pinned down on the couch by my throat—he only stopped because I briefly lost consciousness. Episodes like this continued sporadically. I feel it was this inconsistency that lead me to believe I wasn’t really being abused.

It’s not like the movies
The next morning, as I traced my fingers over the thick bruises on my neck and arms, my husband apologized, but stated that I should get counseling for my issues that led him to his infidelity.

At the time, I thought the events of the night before were a fluke. He had never laid a hand on me in the three years that I had known him, and as crazy as it sounds, it seemed like he had a valid point about my “issues.” I had separated from active-duty Air Force a few months prior, and though I was still a reservist, my confidence was rattled when I was unable to find a full-time job that matched the pride and stability my active-duty job had afforded me.

I listened to him. I would get counseling, but only if he agreed to attend couples counseling. He agreed, and even told the couples counselor about the “incident.”
For a while, we were back to normal, and seemed to be coping with our issues, until we went out for beers with friends four months later. I made the “mistake” of mentioning how upset I still was over his infidelity, as well as other acts of adultery I’d learned of from mutual friends.

When we got home, our discussion quickly escalated into an argument. Feeling frustrated, I tried to walk away. He responded by grasping my hair and dragging me across the floor.

As he dragged me, I sobbed, feeling idiotic for bringing up the matter. The episode was over as quickly as it began. He teared up when he saw how pathetic I looked on the floor and apologized, assuring me it would never happen again.

It didn’t happen every day or week
Things calmed for a few months after this. And though my husband ceased his sessions with our couples’ counselor, life seemed to be back to normal until my depression over my job status crept over me again.

He went almost a year without touching me. The next three times were over issues I can’t even remember. I began documenting each bruise and welt with my mobile phone camera, to remind myself I wasn’t crazy. I kept telling myself, “It won’t happen again. Even if it does, he’s never once touched my face.”

The last incident occurred a year ago. I had come home from a friend’s wedding he was unable to attend. I don’t remember what led to the altercation, but I remember the blow to my face—mainly because it caused me to black out. When I awoke five minutes later, the situation only worsened when he strangled me after I’d tried to run away. This left a mark, a particularly large one across the left side of my face. I remember the next day at work I kept hoping someone would notice, but no one did. It dawned on me then that even if they had noticed; would they honestly want to believe my husband was capable of abuse?

People don’t want to believe they know the abusive, or the abused
Prior to this last hit, I had always convinced myself these events weren’t really abuse, mainly because they didn’t happen every day. I compared my situation to people that I felt had suffered “real domestic abuse.” They lived in fear every day, while I didn’t know when to expect it. Though the events did cause bodily harm, the frequency wasn’t enough to be “real” abuse—at least not to me.

It wasn’t until I spoke to my best friend two weeks later that I realized the severity of the situation I was in.

Me, “It only happened five times …”

Her, “It should have never happened at all.”

One year later, I am fortunate that I am out of and safe from my abusive situation. I don’t tell this story because I want pity. Like most service members, I’ve survived my share of deployments to Iraq and Afghanistan. I tell this story because the real danger of domestic violence is not the injuries your abuser inflicts on you. The real danger is how long you are willing to ignore it.