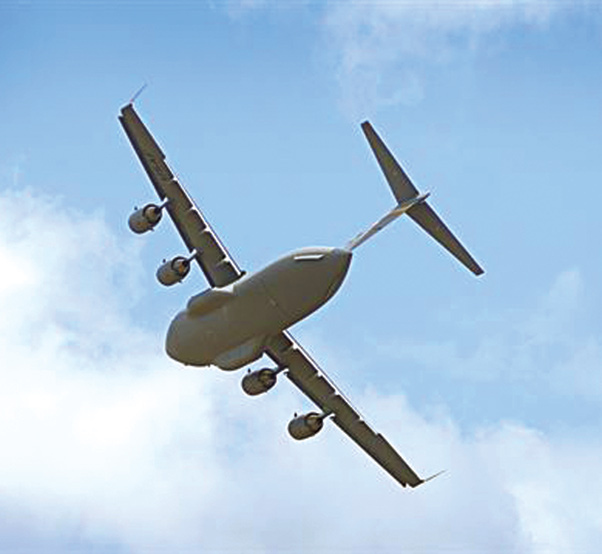 The main mission of the demo team is to showcase the capabilities of the C-17 Globemaster III. When going to air shows, the team is the ambassador for the Air Force by interacting with air show fans and meeting community leaders.

The demo team flies three different profiles. One is six minutes long, another is 10 minutes in length, and the third and most common is the 12- minute profile. The profile length is determined by the time slotted for the C-17.

An air show profile is not much different from what 15th Wing C-17 pilots perform during real-world missions across the Pacific. However, an air show demands that the demo team take its flying to the next level with precision and speed in putting on a proper demonstration for crowds, although the profile is not much different from an operational mission, it is very fast-paced.

A C-17 demo team is made up of a four-person team. Being a member of the demo team requires a high level of experience in the C-17, meeting training requirements and senior leadership approval. Veteran pilots who have been instructors, evaluators or aircraft commanders are selected. Training begins in a C-17 simulator and extends to flying the profiles and ground training, all to ensure safety and precision flying.

The C-17 Globemaster III is the newest, most flexible cargo aircraft to enter the airlift force. The C-17 is capable of rapid strategic delivery of troops and all types of cargo to main operating bases or directly to forward bases in the deployment area. The aircraft can perform tactical airlift and airdrop missions and can transport litters and ambulatory patients during aeromedical evacuations when required. The inherent flexibility and performance of the C-17 force improve the ability of the total airlift system to fulfill the worldwide air mobility requirements of the United States.

The ultimate measure of airlift effectiveness is the ability to rapidly project and sustain an effective combat force close to a potential battle area. Threats to U.S. interests have changed in recent years, and the size and weight of U.S.-mechanized firepower and equipment have grown in response to improved capabilities of potential adversaries. This trend has significantly increased air mobility requirements, particularly in the area of large or heavy outsize cargo. As a result, newer and more flexible airlift aircraft are needed to meet potential armed contingencies, peacekeeping or humanitarian missions worldwide. The C-17 is capable of meeting today’s demanding airlift missions.

Reliability and maintainability are two outstanding benefits of the C-17 system. Current operational requirements impose demanding reliability and maintainability. These requirements include an aircraft mission completion success probability rate of 92 percent, only 20 aircraft maintenance man-hours per flying hour, and full and partial mission availability rates of 74.7 and 82.5 percent, respectively. The Boeing warranty assures these figures will be met.

The C-17 measures 174 feet long with a wingspan of 169 feet, 10 inches. The aircraft is powered by four, fully reversible, Federal Aviation Administration-certified F117-PW-100 engines (the military designation for the commercial Pratt & Whitney PW2040), currently used on the Boeing 757. Each engine is rated at 40,440 pounds of thrust. The thrust reversers direct the flow of air upward and forward to avoid ingestion of dust and debris. Maximum use has been made of commercial off-the-shelf equipment, including Air Force-standardized avionics.