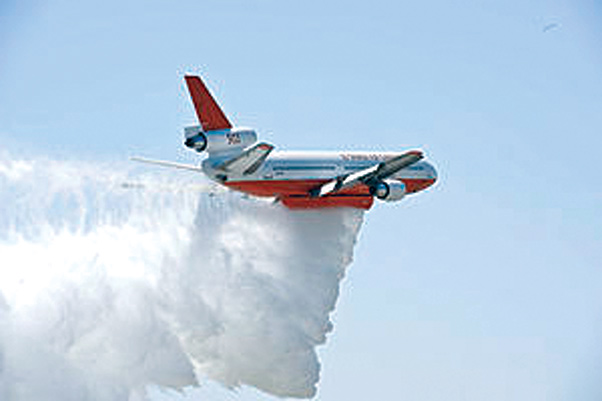 The DC-10 Air Tanker is a series of American wide-body jet air tankers, which have been in service as an aerial firefighting unit since 2006.

The aircraft are converted wide body McDonnell Douglas DC-10 passenger jetliners, and are primarily used to fight wildfires, typically in rural areas. The turbofan-powered aircraft carry up to 12,000 gallons of water or fire retardant in an exterior belly-mounted tank, the contents of which can be released in eight seconds.