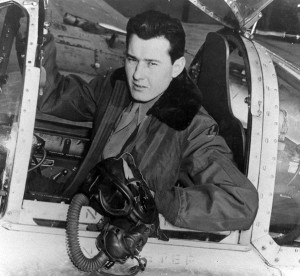 LOS ANGELES, Calif. — The aviation world is mourning the death of Robert A. “Bob” Hoover, who inspired millions of aviation enthusiasts with his spectacular acrobatic flying in more air shows than anyone in history.

Dubbed the “greatest stick-and-rudder man who ever lived” by Jimmy Doolittle, and beloved for his straw hat and gentlemanly demeanor, Hoover was 94 when he passed away Oct. 25.

A World War II hero, Hoover served as an Army Air Corps pilot when, on his 59th mission, he was shot down over Germany and taken prisoner. Following 16 months in a German POW camp, he escaped, stole a German Focke-Wulf 190, and flew it to freedom in the Netherlands.

After his military career, Hoover served as a corporate test pilot for Allison Engine and then for North American Aviation, where he first became involved as an air show performer. Over nearly four decades, Hoover became a legend as he used his remarkable piloting skills to entertain and inspire millions of fans. Air & Space magazine named him the third-greatest aviator of all time.

Hoover received numerous accolades for his flying career, including in 2014 the Wright Brothers Memorial Trophy, which is awarded annually to a living American for “significant public service of enduring value to aviation in the United States.” In addition, Hoover was inducted into the National Aviation Hall of Fame in 1988 and became the inaugural member of the Air Show Hall of Fame in 1995. A bronze life-size statue of Hoover was installed earlier this year at the National Air and Space Museum’s Steven F. Udvar-Hazy Center in Chantilly, Va., and a trophy to be awarded annually to the living aviator who exhibits Hoover’s airmanship, leadership and passion for aviation was inaugurated.

Hoover is a member of the National Aviation Hall of Fame and the ICAS Foundation Air Show Hall of Fame. He is a past recipient of both the ICAS Sword of Excellence and the ICAS Art Scholl Memorial Showmanship Award. He received the prestigious National Aeronautic Association’s Wright Brothers Memorial Trophy in 2014. He is an honorary member of the U.S. Navy Blue Angels, the U.S. Air Force Thunderbirds, the Royal Canadian Air Force Snowbirds and the American Fighter Aces Association. For his service during World War II, he was awarded the Distinguished Flying Cross, the Soldier’s Medal of Valor and the French Croix to Guerre.“The death of Bob Hoover is a tremendous loss to the entire aviation community,” said Pete Bunce, president and CEO of the General Aviation Manufacturers Association.

“Bob was a great friend and mentor to countless aviators in the military, manufacturing, test pilot and air show segments of our profession. No one else in history has had his ‘hands’ and knowledge of how to maximize the performance of an aircraft in all corners of the envelope. Bob inspired multiple generations to reach for the sky and the stars, and those of us who had the privilege of knowing him will never forget what a kind gentleman Bob was to all.

“Even as Bob’s health declined in recent years, he rallied to attend every aviation event he could and spent numerous hours sharing his experiences and his aviation prowess with aspiring pilots, passing along his love and passion for aviation to future generations,” said Bunce. “As the United States prepares to remember the 75th anniversary of Pearl Harbor in December, Bob will particularly be in our hearts and thoughts as the embodiment of our nation’s ‘greatest generation.’”