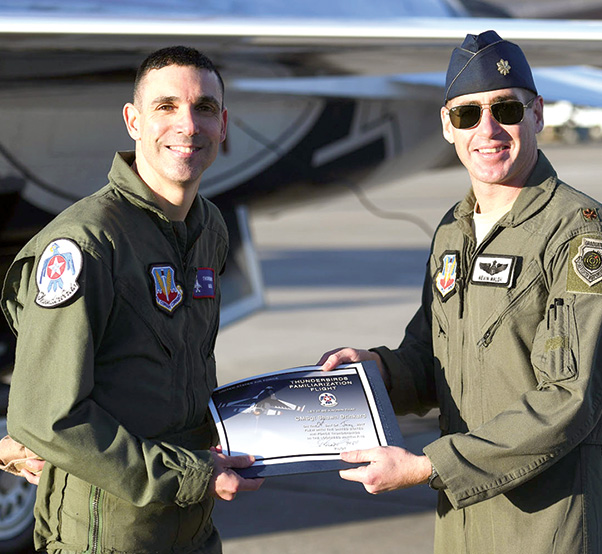 U.S. Air Force photo by Staff Sgt. Jason Couillard
Chief Master Sgt. Shawn Drinkard, 57th Wing command chief, poses for a photo with Maj. Kevin Walsh, U.S. Air Force Air Demonstration Squadron operations officer on the flight line at Nellis Air Force Base, Nev., Jan 24. All three branches of the U.S. Armed Forces conduct orientation flights in certain aircraft to reward and motivate individuals, ensure a better understanding of a particular weapon system, or when the flight is determined to be in the best interest of the military. 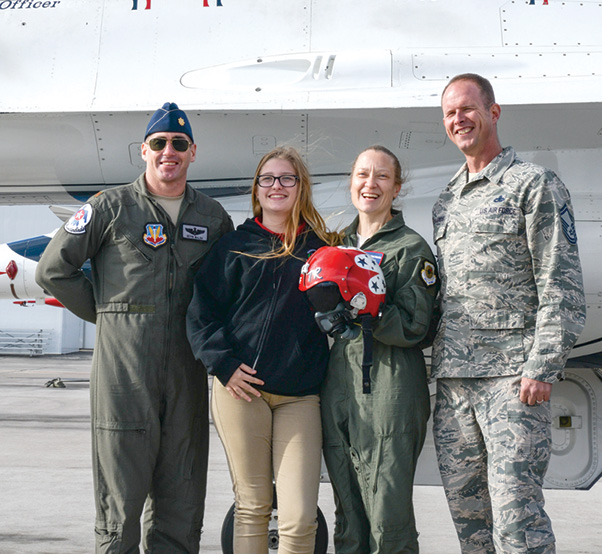