GFW is an air-land integration exercise that gives Air Force pilots a chance to conduct realistic close air support in a joint training environment which is designed to mirror the current conditions present in overseas contingency operations.

“Green Flag is a big exercise where we get to train with a lot of Army assets that we don’t normally work with,” said U.S. Air Force Maj. Michael Dumas, 23rd Fighter Group chief of standards and evaluation. “We’re supporting an entire brigade combat team, more than 4,500 guys, and being involved in that kind of large-force exercise is really great training for us. It’s especially important for our younger guys who have never been exposed to this kind of integration.”

U.S. Air Force 1st Lt. Kyle Singletary, an A-10C Thunderbolt II pilot from the 74th fighter squadron, is on his first large-scale exercise with the squadron. 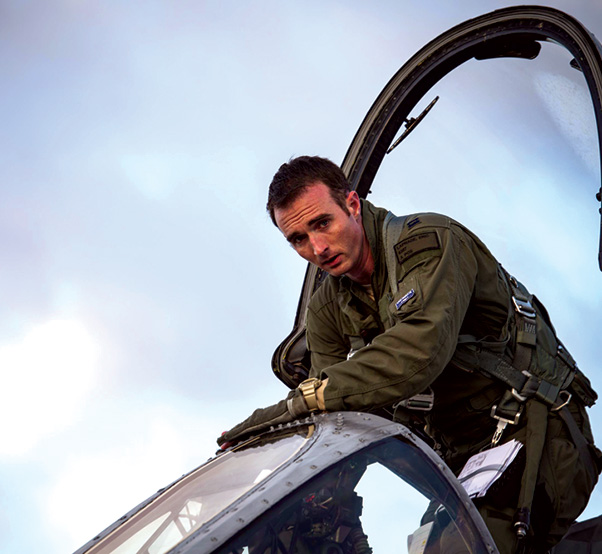 Capt. Eric Laprade, 74th Fighter Squadron A-10C Thunderbolt II pilot, looks up while climbing into the cockpit prior to a sortie at Green Flag-West 17-3, Jan. 24 at Nellis Air Force Base, Nev. The 74th FS brought 12 A-10s to GFW in support of a joint, large-force combat-readiness exercise for close air support integration training.

“It’s a pretty cool problem to have because it’s very difficult for us to simulate back home,” Dumas explained. “It’s the same training every day, so we all know where the targets are. Here, theres a bunch of stuff on the ground and you don’t always know what it is. Providing close are support while working through the uncertainty of finding the the friendlies to protect and the targets to kill is really important practice for when we go to support Operation Inherent Resolve.”

The friendly forces and targets alike are on the ground at the National Training Center at Fort Irwin, California where the Army conducts pre-deployment certification training, and according to U.S. Army Capt. Zachary Busenbark, 357th Ground Liaison Detachment, 4th Battlefield Coordination Detachment ground liaison officer, realism is the name of the game.

“The entire purpose of the NTC is to make training as realistic as possible,” Busenbark said. “It tests all of the ground commander’s systems: maneuver, artillery, infantry, tanks, the cooks, the intel guys … everyones’ getting a piece of the training. Bringing in the A-10s to support just absolutely adds the element of authenticity. 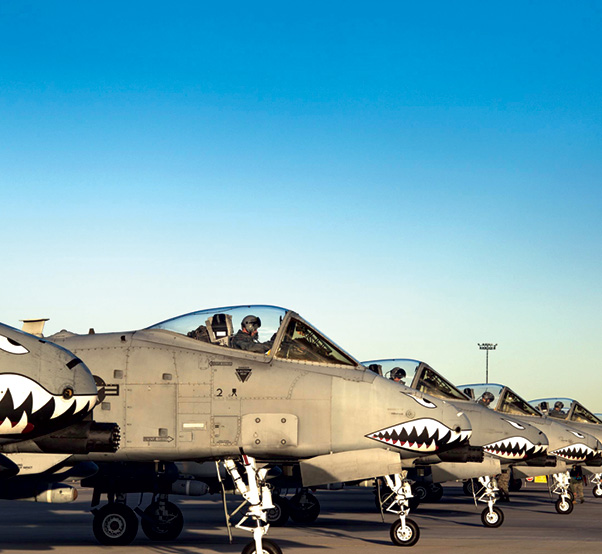 Seven A-10C Thunderbolt II aircraft from the 74th Fighter Squadron line up at the end of the runway for final preparations before takeoff during Green Flag-West 17-3, Jan. 24 at Nellis Air Force Base, Nev. The 74th FS brought 12 A-10s to GFW in support of a joint, large-force combat-readiness exercise for close air support integration training.