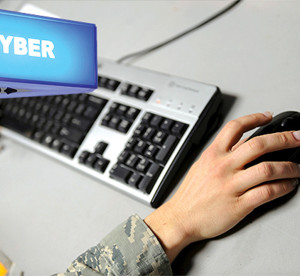 JOINT BASE SAN ANTONIO-LACKLAND, Texas — This year’s first Red Flag at Nellis Air Force Base, Nevada, saw many firsts for the Intelligence, Surveillance and Reconnaissance warriors of 25th Air Force.

Another first during this Red Flag was that NCCT procedural information was included in Red Flag special instructions [MAMTUAAP1] and the NCCT duty officer or technician was used within the Combined Air Operations Center ISR Division, Tindal said.

An additional milestone during Red Flag 17-1 was that, for the first time, crews planned for cooperative geolocation using NCCT, Tindal said.

“Cooperative geolocation with NCCT uses two or more assets, with geometry and speed of machine-to-machine cross cueing, to rapidly find, fix and track a target or signal of interest,” he said. “Crews weren’t mission planning with just their own aircraft in mind, but also where it is in relation to the other aircraft.”

Due to maintenance and weather issues, additional NCCT collaborative efforts scheduled during this Red Flag exercise were canceled.

Despite the setbacks, both United Kingdom Rivet Joint and U.S. Rivet Joint sent good mission data to NCCT on nights when the teams were active, Tindal said.

“We did have collection from both RJ’s, and the (NCCT Duty Officer Technician) provided some tippers into appropriate tactical coordination rooms,” he said. Tippers are notifications that activity is occurring and may be of interest.

The use of NCCT at 17-1 was a first, but not the last. The equipment was permanently installed prior to this exercise for use at Red Flag, Tindal said.

Airmen installed NCCT hardware and software at Nellis Air Force Base to support this and future Red Flags and other exercises, Tindal said, adding that the equipment appeared to perform well.

“We need to firm up the operational procedural progress that NCCT had at RF 17-1 by continuing in follow-on Red Flags,” he said.

“Leadership would like to continue developing (tactics, techniques and procedures) for NCCT and directed the team to work with the 55th Wing, sooner rather than later…” in an effort to arrange training opportunities outside of Red Flag.